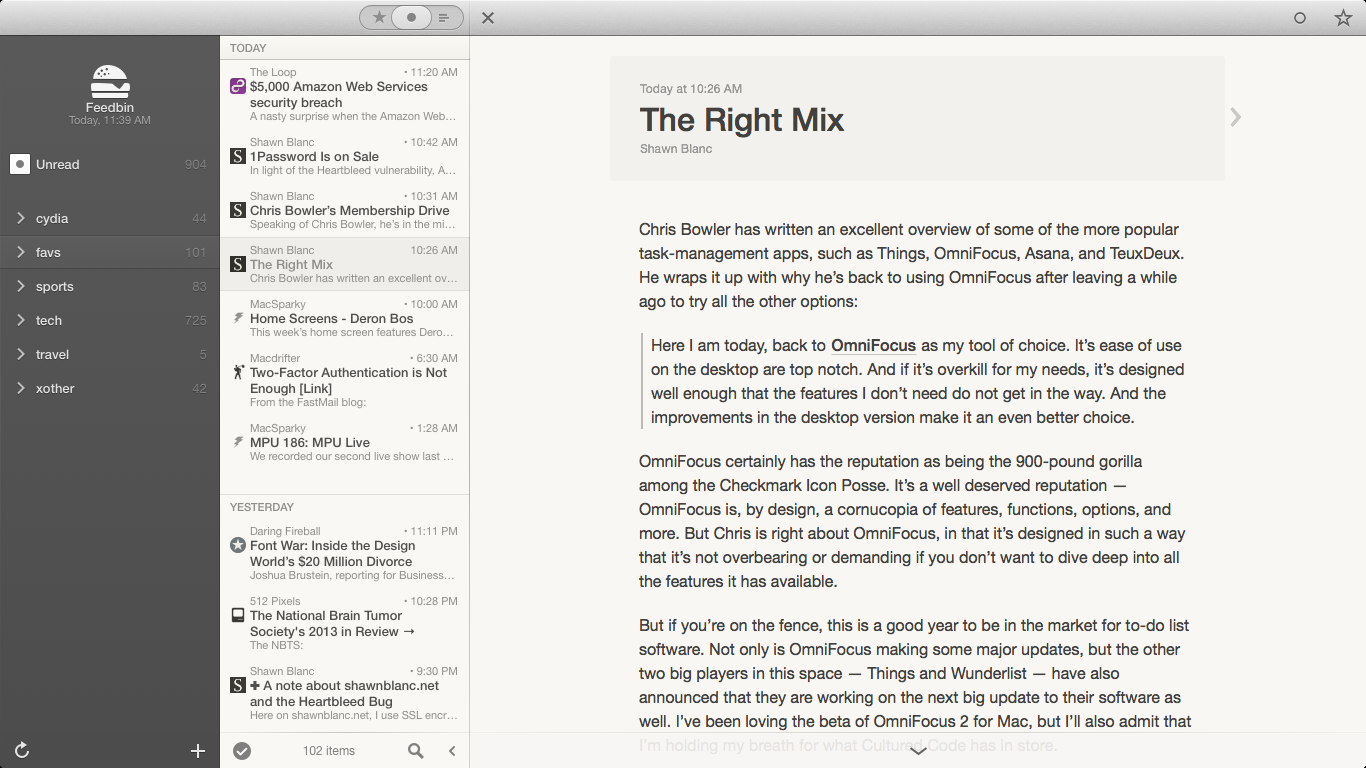 After extensive beta testing, popular RSS client Reeder 2 has landed in the Mac App Store. This is the app’s first update on the Mac since Google shutdown its Google Reader service last year, which essentially broke most RSS clients.

As with the iOS version, Reeder 2 for Mac adds support for a number of RSS services that have tried to fill the gap left by Google, such as Feedbin and Feedly. And it also now serves as a standalone RSS client, so no syncing is required…

Reeder is back, now with support for multiple services like Feedbin, Feedly, Feed Wrangler, Fever and Readability. Don’t want to use a third-party service? Reeder now also supports local/standalone RSS (no sync).

Other features include themes, gestures and customizable shortcuts, and a wide variety of sharing services are supported including Buffer, Instapaper, Pocket, Evernote, MarsEdit, Pinboard, Twitter, and more.

In our initial hands-on with the beta version of Reeder 2 for Mac, we noted that its animations were smooth, syncing was fast, and the overall reading experience was very pleasant. And these things hold true for the official release as well. 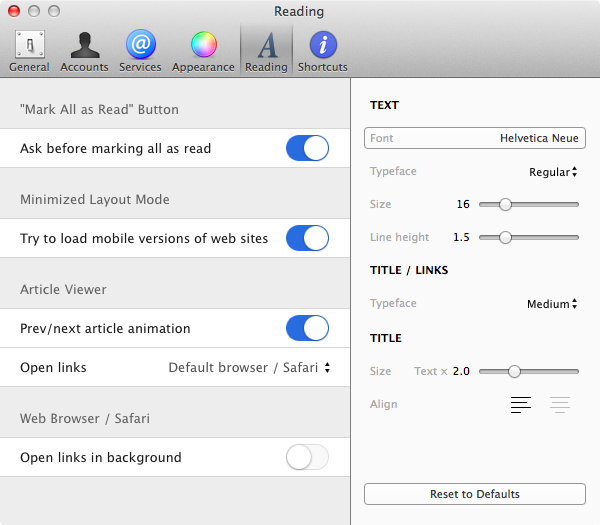