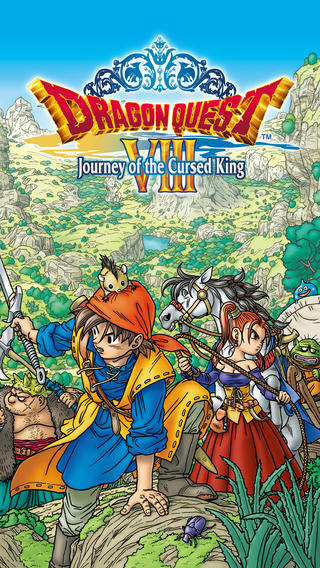 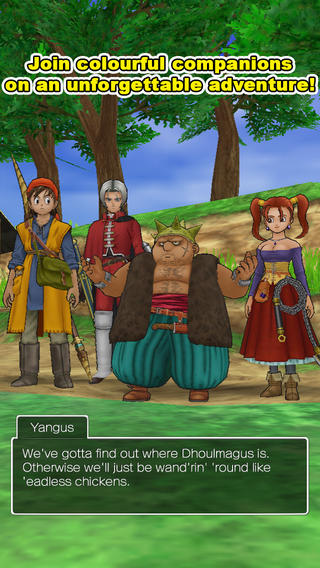 Another day, another role-playing game (RPG) makes its way into Apple’s App Store. If Mika Mobile’s action-based RPG Battleheart Legacy did not impress you and you’ve been craving for a Japanese-styled RPG game, consider giving the eighth installment in the legendary Dragon Quest series a shot. Originally released for the PlayStation 2 in 2004, Dragon Quest VIII has since sold an astounding 4.9 million units worldwide.

And now, for the first time ever it’s available on the iOS platform. The first title in the series to offer full 3D graphics, the iOS port of Dragon Quest VIII sports vast landscape filled with non-playable characters who wonder around big cities.

There are dungeons with hidden treasure, typical turn-based 3D battles, unique monsters, wizards, dragons, epic boss fights and more – in all, everything you’d expect from an RPG made in Japan.

Note that Dragon Quest VIII comes at a rather steep price of $19.99 for the universal iPhone and iPad app, but at least it won’t ask for cash – there are no In-App Purchases whatsoever…

Set off on an unforgettable adventure with Yangus, the bandit with a heart of gold, Jessica, the high-born magical minx, and Angelo, knight and lothario, by your side!

You play as a nameless hero who gets involved in a series of complex situations as you explore the vast world of Dragon Quest VIII.

Here, check out the promotional trailer.

The plot is a stereotypical affair:

Legends tell of an ancient sceptre, within which is sealed a fearsome power… When the relic’s long-dormant magics are awoken by the treachery of a malign magician, an entire kingdom falls into a cursed slumber, prompting a young soldier to embark on an unforgettable journey.

The game includes alchemical crafting, epic boss fights and what not – there are even casinos where you can gamble when you get tired of monster bashing. 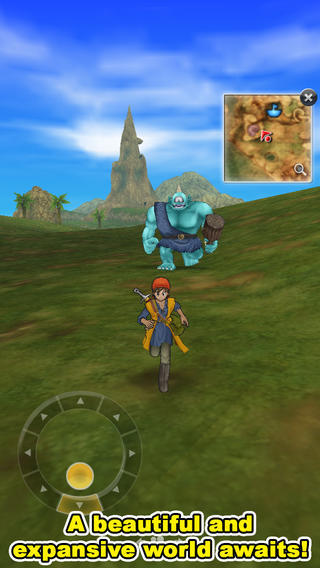 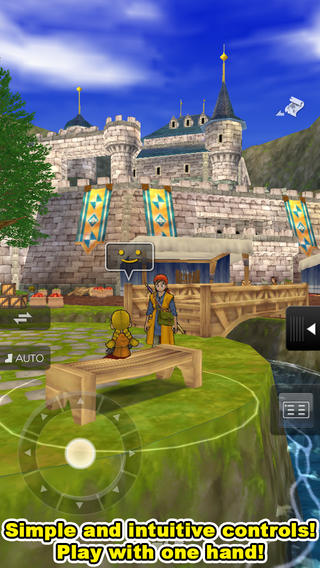 TouchArcade noted in its review:

Dragon Quest 8 on iOS isn’t quite up to the original English PS2 game, thanks to a lack of voice acting and some technical issues, but it is a largely faithful version of one of the best RPGs of the last decade. It’s a grand adventure that no JRPG fan should miss, as long as your device can run it.

Simple, Accessible Controls
The control system has been streamlined to work perfectly with modern touch interfaces.
The position of the directional pad can be adjusted freely, enabling players to switch between one-handed and two-handed play with a tap of the screen. The combat system has also been reworked, allowing for one-tap battles as well as more complex play.

The Tension System
During battle, you can select ‘Psyche Up’ to give your next attack some extra oomph!
The more you psyche a character up, the higher their tension will rise, until they finally reach an insane state known as super-high tension.

Skill Points
Skill points are earned when your characters level up, and can be assigned to various skills in order to learn new spells and abilities. This system allows you to perfectly tailor your team to your liking.

Monster Teams
Certain monsters found in the field can be scouted for your monster team – if you’re tough enough to beat them, that is Once assembled, your crack squad can take part in the fiercely contested tournaments held at the monster arena, and can even come to your aid in battle.

The Alchemy Pot
Combine existing items to create entirely new ones. Even the most unassuming objects could be ingredients for the greatest items of all. Seek out the recipes hidden all over the world, and see if you can cook up something truly special.

The Casino
Fans of the series will be pleased to learn that the casino is back, and fully-equipped for fun. This time around, there are three exciting activities to enjoy: bingo, slot machines and roulette. Just don’t get so caught up in the action that you forget your adventure entirely

It’s a hefty download, around 1.39 gigabytes, so if you’re on a slower connection you should leave it downloading overnight.

Developers recommend playing the game on the iPhone 5 or higher or the third-generation iPad or later. Note that the iPhone 4 is not supported.

And should you happen to own an iPhone 4s, iPad 2 or iPad mini, keep in mind that “some instability” may occur after extended play, developers caution, adding the app may “occasionally freeze or crash” on these devices (remedy: restart your device).