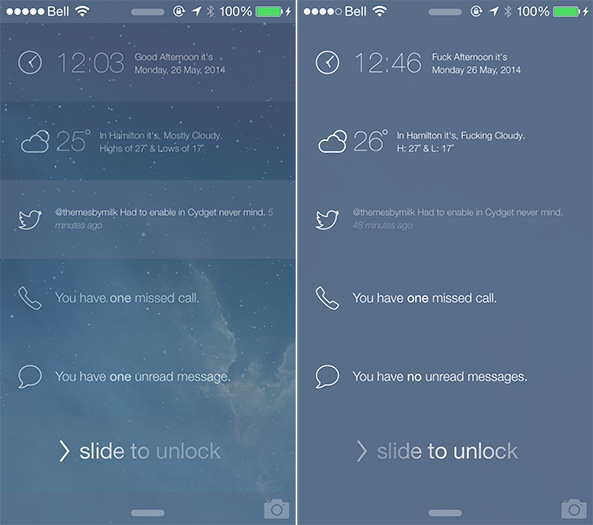 The latest trend of jailbreak tweaks that attempt to enhance the Lock screen experience, such as IntelliScreenX and Helius, continues with the release of a new Cydget called LockScreen Informer. The tweak displays important info directly on the Lock screen, saving you the trouble of opening Notification Center or fully unlocking your device on many occasions. You’re probably thinking this is exactly like the LockInfo7 tweak we covered last week, but there are some notable differences…

LockScreen Informer has five main sections on the Lock screen: time and date, weather, missed calls, unread messages and one customizable widget. The time and date are accompanied by a “good morning,” “good afternoon” or “good evening” message, depending on the time of day. The weather information is based off the stock Weather app and is kept up to date based on update intervals of between one minute and ninety minutes.

The missed call section displays the number of missed calls from both the default Phone app and third-party VoIP apps Bria and Skype. The unread messages section integrates with the stock Messages app and third-party platforms WhatsApp, Snapchat, Facebook Messenger, Twitter and Tweetbot. I consider these two sections to be the most useful functionality that this tweak offers.

The customizable widget section can be configured through the LockScreen Informer options in the Settings app. You can choose from RSS, Twitter or battery information. RSS shows the latest post from the feed you set, Twitter shows the latest tweet from any account or have the option to display your current battery status for those without a data connection. There are several other options that can be configured through settings.

LockScreen Informer is a highly customizable tweak, with the ability to change the font color and background color based on hex color codes. There are also toggle switches for showing a wallpaper, status bar, and words rather than numbers, and a slider for adjusting how long the Lock screen dims for. The tweak is localized in nine languages: English, Dutch, Finnish, French, German, Italian, Norwegian, Spanish and a rude mode. 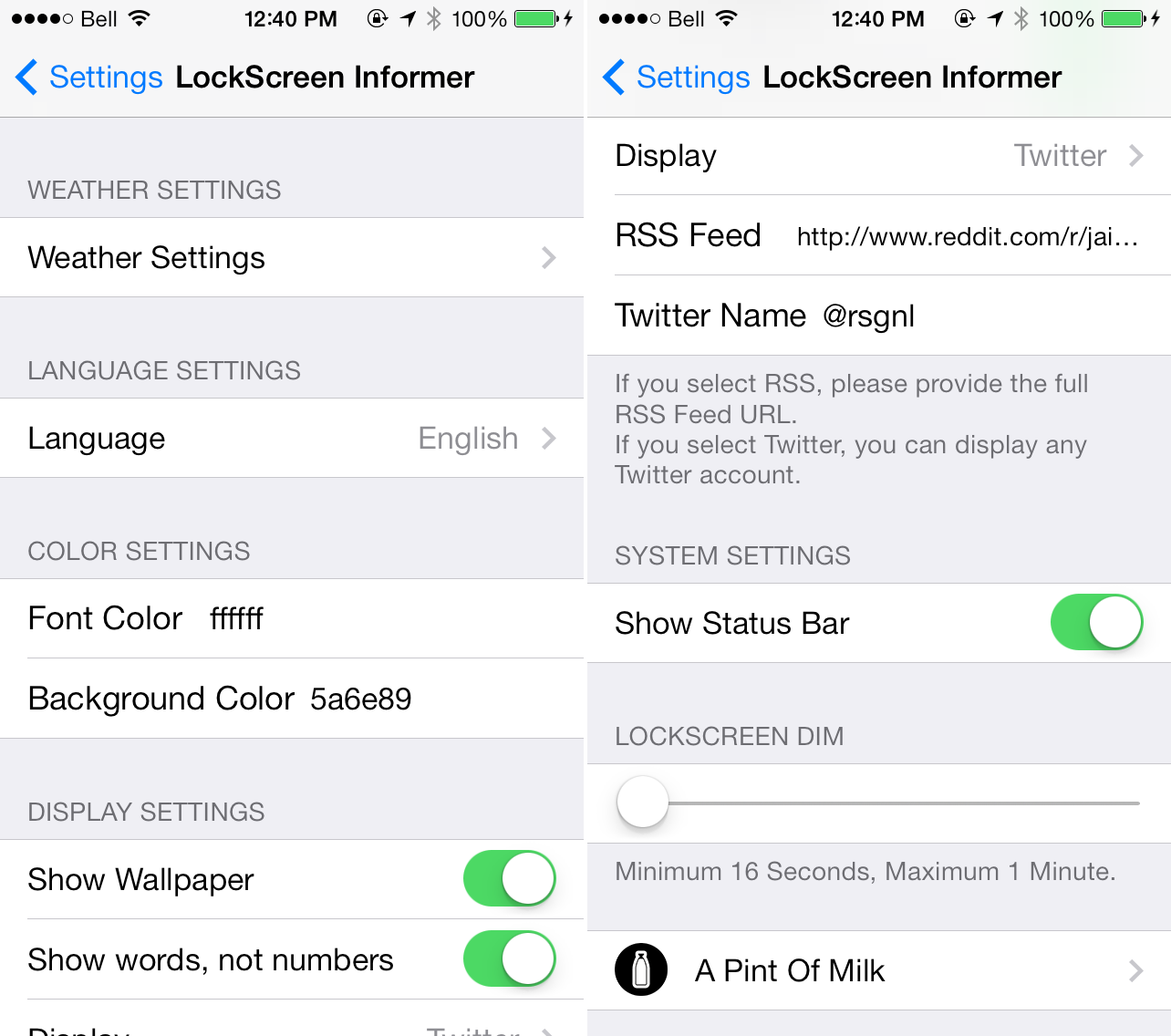 This tweak had some downfalls while I was testing it. I couldn’t get the RSS feed to show up on the Lock screen, and the weather did not display until I gave the tweak permission to use my location. Moreover, the entire Cydget disappears when you have traditional notifications on your Lock screen. It would have been nice if those notifications were included alongside the essential info, as LockInfo7 is setup.

Nevertheless, outside of those minor issues, the developers at A Pint Of Milk have a good tweak on their hands that is functionally and aesthetically sound for the most part. LockScreen Informer is $1.99 on Cydia for iPhone 5 or later in the default MacCiti repo, and must be enabled in Cydget upon installation. The package comes bundled with Widget Weather for various weather settings.

Update: A Pint Of Milk will issue an update for the RSS feed bug:

@rsgnl RSS feed bug has been fixed and will be included in the 1.2 update. Thanks for noticing.

What is your favorite Lock screen extension?