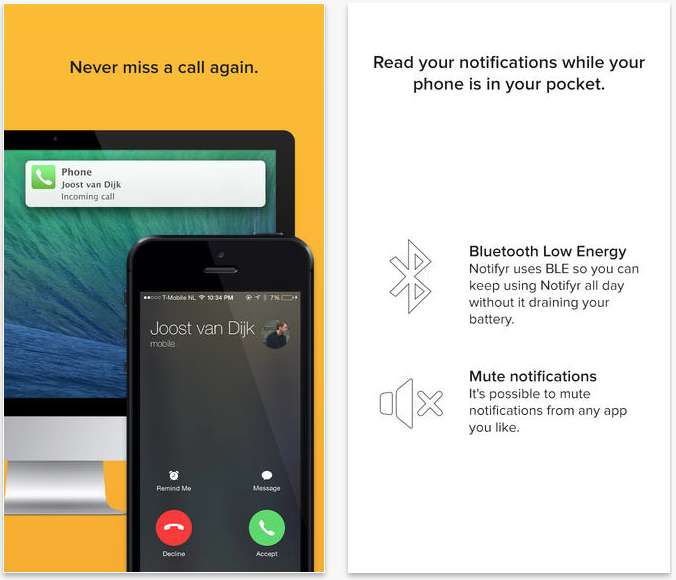 The whole thing is fairly easy to set up. After you’ve downloaded both the iOS app and the Mac client, you’ll follow the usual bluetooth pairing procedure. And once that’s done, you should start seeing all of your iOS notifications pop up in your Mac’s Notification Center… 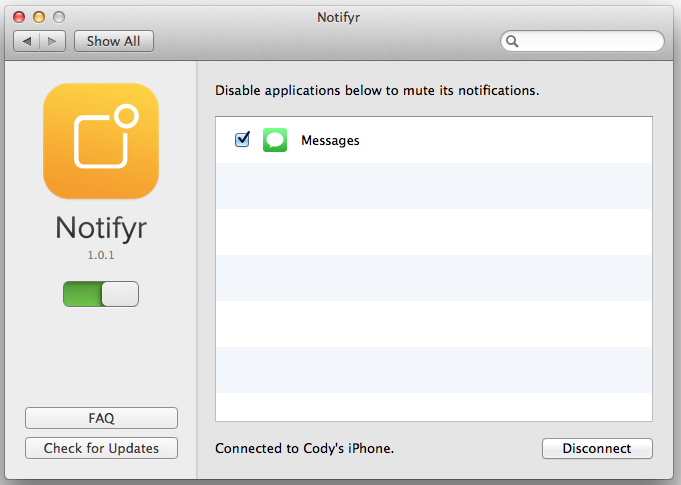 Like the folks over at 9to5Mac, I’ve run multiple tests on the two apps this morning, and they appear to work as advertised. Facebook messages, iMessages and even SMS messages sent to my iPhone all showed up as banner alerts on my MacBook—almost simultaneously.

You have to keep the app running on your iPhone at all times for it to work, but it can be backgrounded, and the fact that it uses Low Energy Bluetooth should mean you don’t have to worry about battery drain. The Mac client installs as a toggle in your System Preferences. 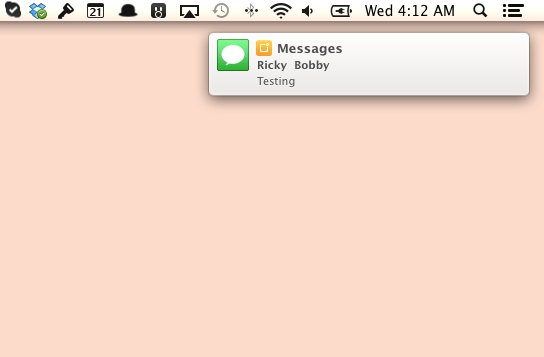 Unfortunately, since the whole thing banks on Bluetooth LE, it requires hardware that supports it. So you’ll need an iPhone 4s or later, and a newer model Mac for it to work. You also have to wonder if the apps fall within Apple’s guidelines, as again, this is relatively new territory.

At any rate, if you’d like to check it out for yourself, you can find Notifyr for iOS in the App Store for $3.99. And you can grab the free Mac client here.