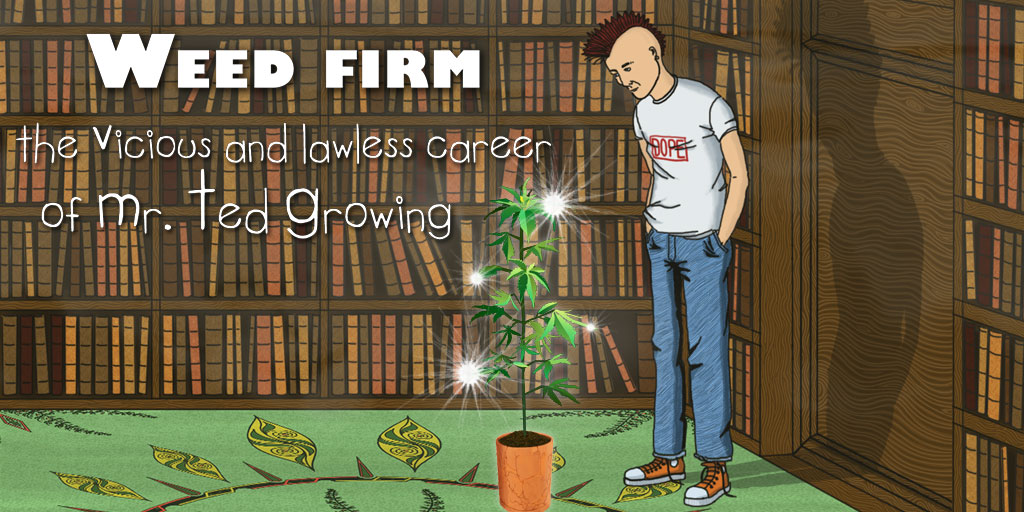 Apple has pulled the popular, and somewhat controversial, game ‘Weed Firm’ from the App Store this week. The game landed on iOS just a few weeks ago, and had climbed its way to the top of the App Store’s ‘Top Free’ list in several countries.

For those unfamiliar with the game, the game centers around a marijuana business, started by an expelled botany student who inherits a growing operation and expands it. Players control all aspects of the business, including selling cannabis…

Initially, the developers said that the removal would be temporary, allowing them to address a few ‘maintenance’ issues. But according to a new post on Manitoba Games’ website, pulling the game from the App Store was “entirely Apple’s decision.”

As you might have noticed the game is no longer available on the Apple App Store. This was entirely Apple’s decision, not ours. We guess the problem was that the game was just too good and got to number one in All Categories, since there are certainly a great number of weed based apps still available, as well as games promoting other so-called ‘illegal activities’ such as shooting people, crashing cars and throwing birds at buildings.

The devs promise that the game will be back, even if they have to heavily censor it—something they’re clearly not happy about. “If we let hypocrites determine what content is suitable for us we will soon all be watching teletubbies instead of Breaking Bad.”

Apple gives developers a list of review guidelines for App Store submissions, but they’re plenty of gray areas that allow it to “reject any content or behavior” that they believe to be over the line. It’s possible this game’s popularity garnered a second look.

Before getting pulled, Weed Firm was bouncing around the top 5 free apps list in the App Store, as well as the top 20 highest-grossing apps. According to this recent report from BusinessInsider, the game was pulling in over $80,000 per day in revenue.