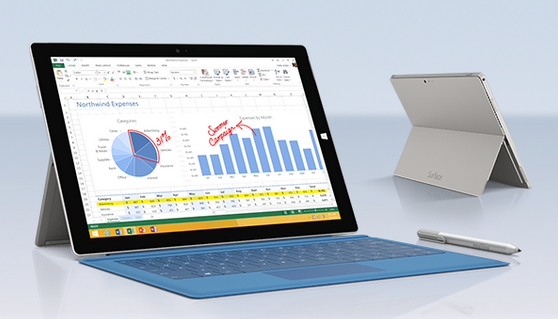 Microsoft has announced the Surface Pro 3 at a media event in New York City on Tuesday, setting its sights on not only Apple’s iPad, but the MacBook Air as well.

The Surface Pro 3 busts past the 10.1-inch norm to a 12-inch display with a 2160 x 1440 resolution. It’s not a 16:9 aspect ratio, but rather a more comfortable 3:2 aspect ratio with a HD screen – a first for Microsoft’s Surface line. But the thinness and lightness is where Microsoft is hoping to sell you.

Microsoft is touting the Surface Pro 3 as being the thinnest-ever product to run a laptop-grade Intel Core processor. It weighs 800g (1.76 pounds) and is 9.1mm thick. Press at the event are claiming it’s a very light tablet, and of course, Microsoft’s Surface team thinks its your ideal laptop replacement, even going as far to pit it against the MacBook Air on stage.

“This is the tablet than can replace your laptop,” Panos Panay, Surface boss at Microsoft, said at the event on Tuesday.

Compared to the last two versions of the Surface Pro, you still get the same Surface feel. There’s a kickstand on the back for when you want to put it in laptop mode, and a Type Cover keyboard that will allow you to type like on a traditional laptop. Microsoft has upgraded the Type Cover with a better design and more accurate trackpad, as well.

The Surface Pro 3 will start at $799 and $129 for the keyboard. There will be Intel i3, i5, and i7 processor options available when it starts selling on May 21. 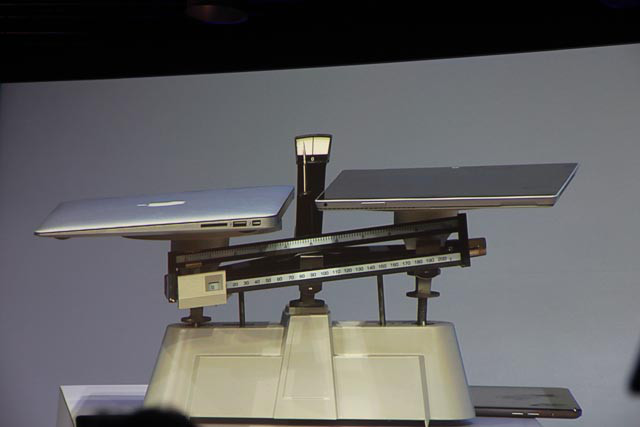