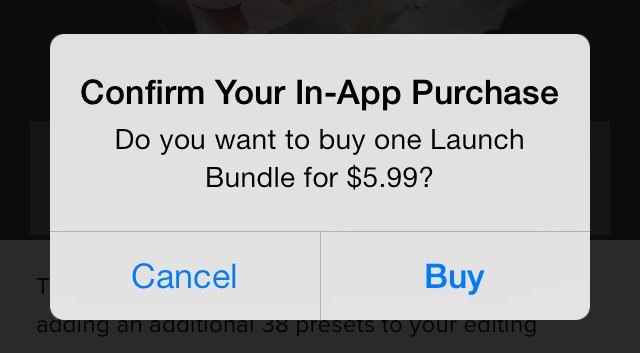 Apple is one of a handful of tech companies being investigated by Italian regulators over the popular ‘freemium’ app pricing model. On Friday, Italy’s Antitrust and Competition Authority said it’s investigating Apple, Google, Amazon and Gameloft over apps that offer in-app purchases.

The agency wants to determine whether or not the companies offer sufficient information in their respective apps and app stores regarding pay-for in-app content. It feels consumers may be confused by the idea of downloading a game for free, and then receiving charges after the fact…

Here’s The Wall Street Journal with the report:

Google Inc., GOOGL -0.15% Apple Inc. AAPL +1.48% and Amazon.com Inc.AMZN +0.85% are being investigated by an Italian regulator to determine whether the Internet giants mislead people to make purchases in mobile phone apps that are initially free to download.

The move by Italy’s Antitrust and Competition Authority comes after the European Union earlier this year called on companies to reform their use of the “freemium” model in which apps are free to download, but then later require payments that often get charged to credit cards by default. The EU says consumer confusion with the freemium model threatens the long-term health of the continent’s booming “app economy” that employs more than one million people and is forecast to produce €63 billion in total revenue in 2018, more than triple last year’s level.

This isn’t the first time Apple has faced concerns over in-app purchases. The company has been involved in several government investigations and class-action lawsuits around the globe, and it’s doled out tens of millions of dollars in refunds to users who felt they were unjustly charged for IAPs.

This also isn’t the first time that Apple has had a run in with the Italian Antitrust Authority. In 2011, it was slapped with a $1.2 million fine for unfair commercial practices regarding standard product warranties, and again a year later for another $264,000 for essentially the same violation.

If found guilty of misleading customers, the Authority can fine each company up to €5 million (roughly $6.8 million USD).