Autorità Garante della Concorrenza e del Mercato (AGCM), Italy’s antitrust authority, punished Apple over failing to comply with local laws concerning AppleCare warranties, a report Friday noted. After the company had faced a temporary closure of Italy operations and even removed its AppleCare products from all sales channels in the country (except for its online store), the country’s regulator nevertheless fined the iPhone maker 200,000 euros, or approximately $264,000. This is in addition to the 900,000 euro (approximately $1.2 million) fine from March over failing to tell customers about their rights to free assistance, as mandated by EU laws…

The Next Web passes along a statement by the AGCM which claims Apple between March and November continued to infringe on rights covering “Legal guarantee of conformity and commercial guarantees for consumer goods” in the Italian consumer code.

This is despite Apple updating its warranty policies November 10 in response to the warranty shenanigans. 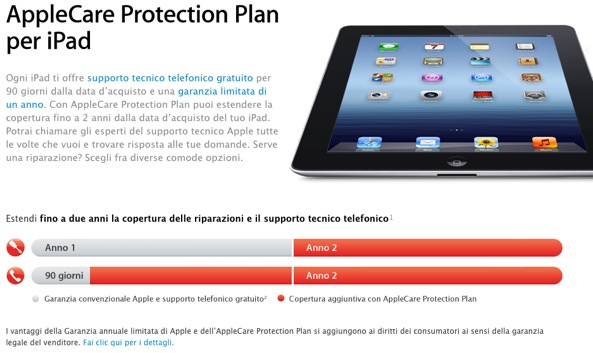 Cupertino is being accused of selling its $99 a year AppleCare coverage even though a two-year warranty is mandated by the European Union.

Furthermore, Apple’s warranty covers only its products, while EU consumer protection laws require sellers to provide coverage for both first- and third-party products.