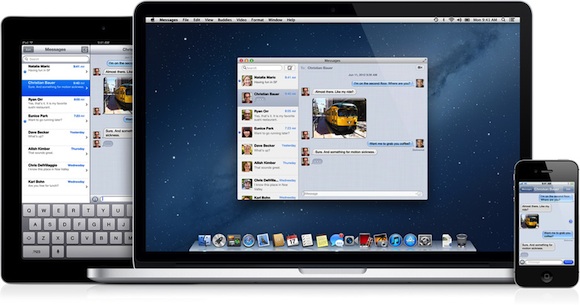 A former iPhone user has filed a lawsuit against Apple over a long-standing iMessage issue. The complaint was filed yesterday in San Jose, California by Adrienne Moore, who says the company’s messaging system is interfering with text messaging on her new Android phone.

This issue has affected a number of former iPhone owners, who have switched to Android or another device. The problem is that when a person switches handsets, other iPhones still associate that phone number with iMessage, thus hampering their ability to text message…

Bloomberg has the report:

A former iPhone user sued Apple Inc. (AAPL) claiming the company’s messaging system interfered with delivery of texts after she switched to an Android-based smartphone.

People who replace their Apple devices with non-Apple wireless phones and tablets are “penalized and unable to obtain the full benefits of their wireless-service contracts,” according to the complaint.

Earlier this week, former Lifehacker editor-in-chief Adam Pash penned a blog post on the matter that garnered quite a bit of attention. Mr. Pash wrote that he recently switched from an iPhone to an Android device, and since the change, no one with an iPhone can text him.

Apparently Apple is aware of the problem, and has engineers working on it, but right now they are clueless on how to fix it. Pash says that he has received several solutions from folks who claim they have resolved the issue, but he hasn’t seen any success. So for now, he’s stuck.

In the meantime, Apple has completely hijacked my text messaging and my phone number portability (portability between devices, not networks). No one can fix this but Apple because it’s a problem at the device level, which means people in my position have no recourse but to wait for Apple to figure out what the problem is. But Apple isn’t offering any public support on the issue that I’ve been able to find (and it’s worth repeating that proper support is behind a $20 paywall for most people who’ve switched devices, who would also be the most commonly affected by this problem).

Perhaps the fact that it’s now being sued will force Apple to focus more resources on the iMessage bug to get it resolved. There’s no word on what kind of damages Moore is asking for in the case, but she’s seeking class action status, which would allow other users to join the suit.

Have you experienced this iMessage issue when switching away from an iPhone? If so, have you tried our fix yet?