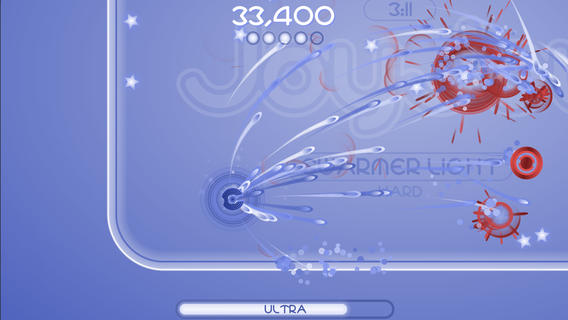 Then look no further than JoyJoy by Radiangames, a new twin-stick shooter for the iPhone and iPad in which you destroy wave after wave of enemies.

If you’ve played Radiangames’ other arcade shooters created for the iOS platform, you’ll no doubt agree that JoyJoy looks typically awesome. Read on for the full reveal…

The mobile edition has been improved with more colorful graphics versus the original Xbox Live release, with lots of upgrades, weapons, difficulty levels and explosions. 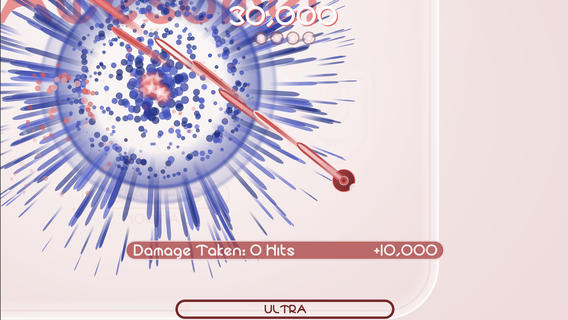 The game is intense and pretty challenging, which shouldn’t be a problem if these kinds of shooters are your cup of tea. Oh, and since this is a Radiangames production, you can expect dual-stick virtual controls to work perfectly.

Watch the official trailer below.

Note that the trailer doesn’t do the game justice because YouTube doesn’t support 60 frames per second video so you don’t get to fully appreciate JoyJoy‘s buttery smooth execution and high frame rates. Best of all, the game doesnt constantly ask for cash because there are no in-app purchases.

• Blast your way through 24 unique waves and 6 intense challenges.
• Upgrade 6 varied weapons, along with your ships’ speed, armor, and special attack.
• Choose one of 5 difficulty levels, with 2 bonus difficulty levels (Lightning and Armored) providing new ways to play the game.
• Track your progress with Achievements. Compare your best scores online with GameCenter leaderboards.
• Use the smooth, customizable virtual controls or an iOS7-compatible controller (dual analog sticks required). 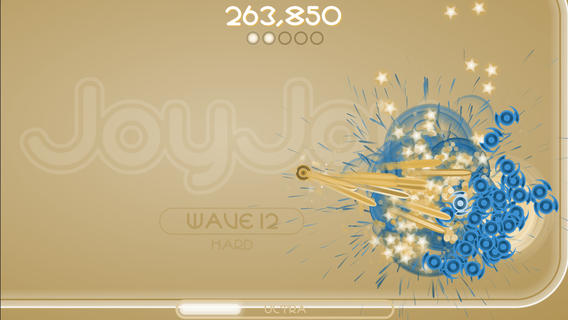 Will you be picking up JoyJoy?