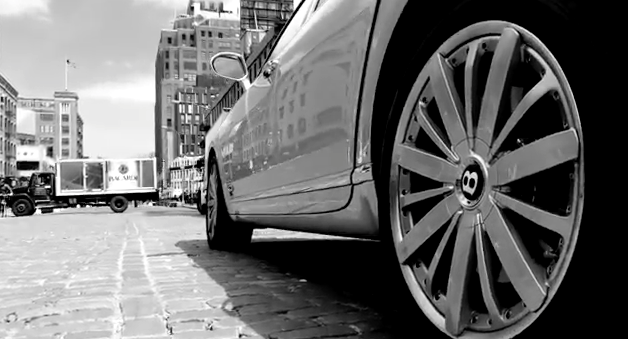 The black and white footage was captured entirely on an iPhone 5s and edited in the back of a Mulsanne on an iPad Air outfitted with a thin keyboard attachment.

Entitled ‘Intelligent Details’ and filmed in the Bentley Mulsanne in New York, the video shows various design aspects of the car before revealing a behind-the-scenes of the entire process of capturing the footage. The team used specialized iPhone lenses and mounts to capture raw material, which was then editer on Apple’s tablet in iMovie…. 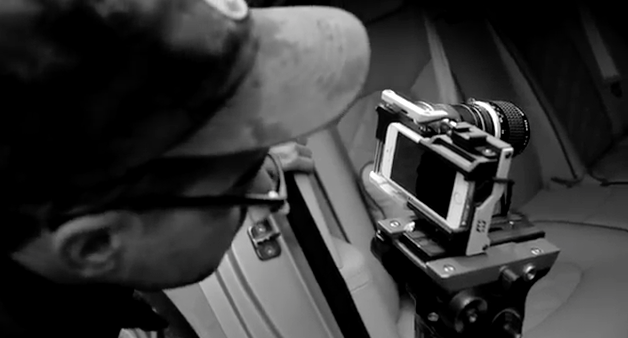 …and edited using an iPad Air. 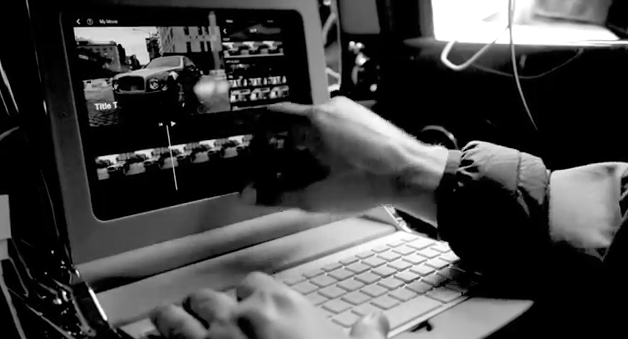 I’m thinking they went all black-and-white because the dynamic range of the iPhone’s camera – or any other smartphone camera for that matter – is not satisfactory for such a complex shoot.

The film highlights the fusion of luxury, performance and technology within the Bentley Mulsanne and reveals the manner in which Intelligent Details was filmed, assembled and edited using the in-car connectivity and entertainment platform.

It’s a little unusual, to say the least, that a luxury automotive company of Bentley’s stature would allow such product placement for Apple, begging the question whether or not this is a PR stunt created in partnership with the California firm.

The iPhone 5s was also the star of Burberry’s Spring/Autumn 2014 fashion show in London where the handset was similarly used to capture high-quality footage of the runway, beauty looks, product details and backstage moments.

The difference between these two videos is that we know for a fact that Burberry actually partnered with Apple on this: Apple provided devices and camera rigs and later published the clip to its YouTube channel.

At the time of this writing, Bentley’s video wasn’t published on Apple’s YouTube channel or the company’s homepage.

Is this an Apple commissioned film, do you think? Or, was it the other way round – that Bentley has purposefully used the Apple brand and its products in order to earn itself some free press?