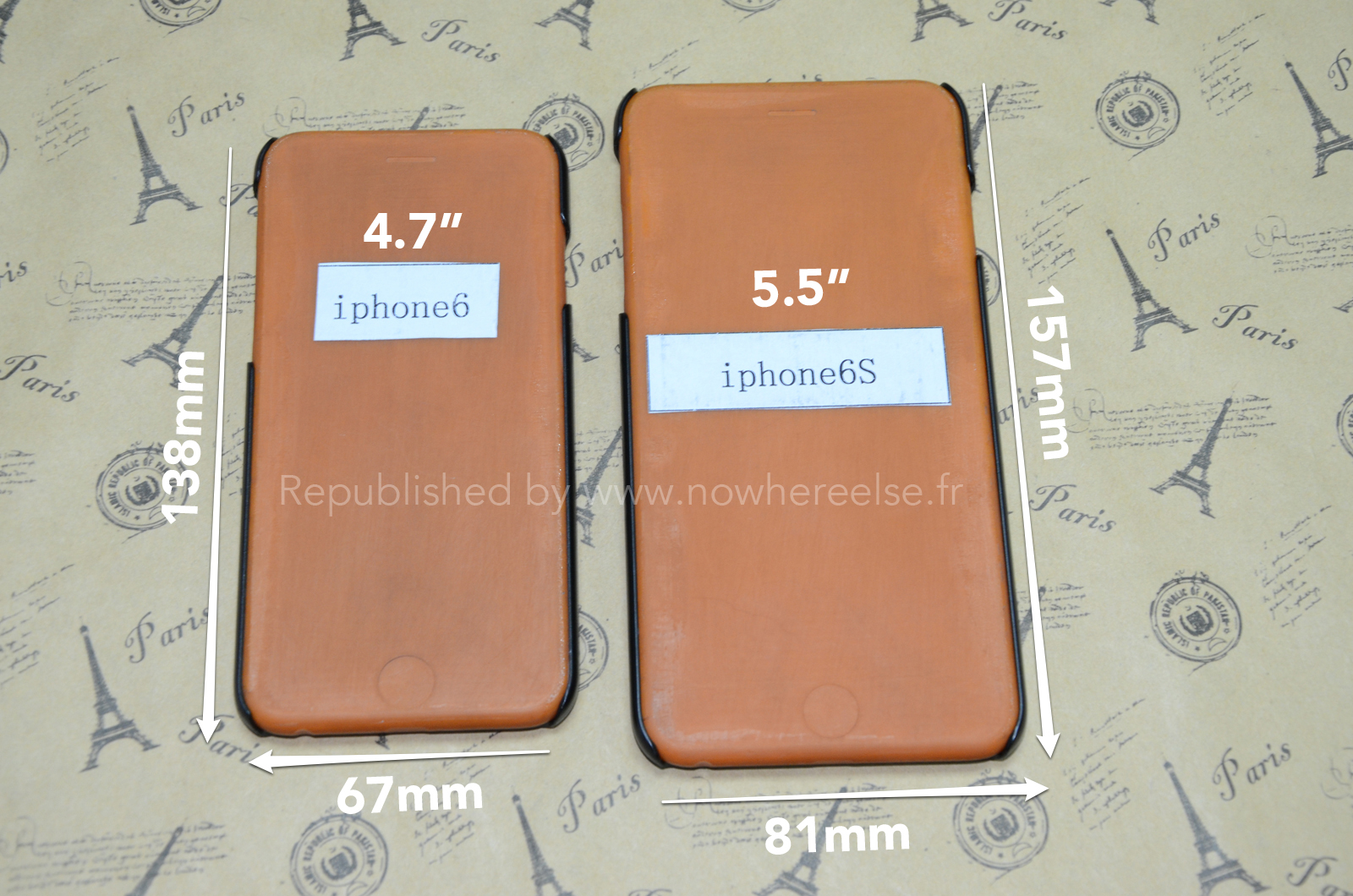 Given everything we’ve seen thus far, it seems likely that the iPhone 6 is going to come in two flavors: a 4.7-inch model and a 5.5-inch model. Most of the alleged leaked cases and renders that have surfaced in the last few months, however, have just been for the former.

But today, photos of a new case popped up on the web believed to have been made for the 5.5-inch model. Our friends over at Nowhereelse.fr share the images, which show a physical mockup of the alleged handset in the snap-on case, sitting next to a 4.7-inch version…

Here’s more on the case from Nowhereelse.fr’s Steve Hemmerstoffer (via Google Translate):

While others continue to stream photos and videos comparative models of the iPhone 6 4.7 inches, I myself have decided to go in search of new information about the model 5.5 inches. As so often is with a prop I got new details.

Thus, and assuming that the information on which this provider designed its protective cases are faithful to reality, the iPhone 6 or iPhone Air identified in this case under the name iPhone 6s would measure 157mm long and 81mm in wide with a thickness of 7mm.

Hemmerstoffer points out that the dimensions for the larger device provided by the case-maker are very similar to those of Samsung’s Galaxy Note 3: 151.2 x 79.2 x 8.3 mm. In fact, it seems that the larger iPhone is a bit longer and wider (although thinner) than the Note. 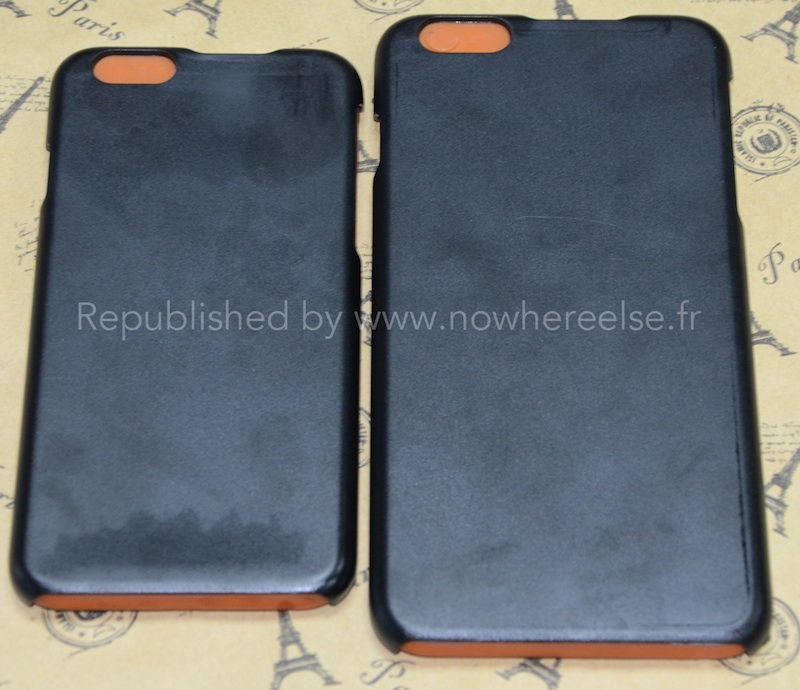 Recent reports claim that the 5.5-inch iPhone has been causing production problems for Apple’s partners due to its in-cell technology and sapphire display covers. It’s believed that the model will debut after the 4.7-inch model, and some say it could be more expensive.

In addition to larger displays, the iPhone 6 is expected to feature a new hardware design, a faster A8 processor, camera improvements, and possibly NFC technology. The 4.7-inch model could launch as early as August, but the 5.5-inch version could be delayed into 2015.