New renderings of what is believed to be the 4.7-inch iPhone 6 surfaced on the web this weekend. We’ve seen similar drawings before, but this time around the renders have reportedly come straight from primary Apple supplier Foxconn.

The device in the images, which measures 138 x 67mm, lines up with previous information. The design is consistent with the schematic published by MacFan last month, which has since been echoed by multiple cases and dummy units… 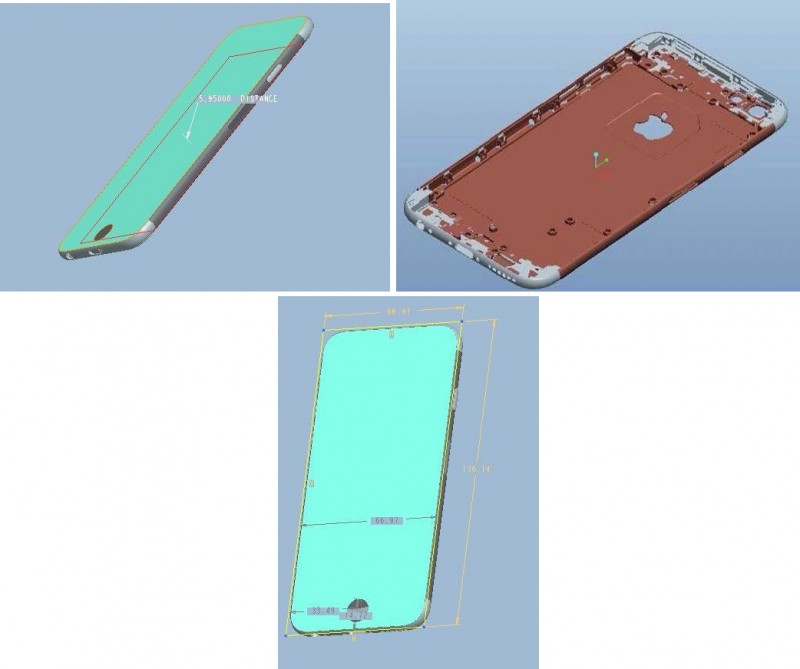 The images come from Chinese siteWei Feng [Google Translate], via MacRumors. The site says that they received the drawings from a ‘reliable source,’ which has in the past provided them with accurate Apple leaks and other information.

And again, the device matches up with everything we’ve seen up until now. There’s the rounded corners, the relocated power button, elongated volume controls, circular iSight flash, and two antenna breaks cut out on the backside of the phone.

Additionally, some other photos popped up this weekend comparing an alleged physical mockup of the iPhone 6 and a current-gen iPod touch. Posted by Macitynet, the shots offer a good look at the size and design of the purported device.

As we’ve said before, as long as everything holds true, we have a pretty good idea right now of what to expect out of Apple’s next smartphone: 4.7 and 5.5-inch versions, higher resolution displays, an A8 chip and other internal improvements.

The so-called iPhone 6 was originally believed to be launching in September, but a recent report says that we could see the 4.7-inch version as early as August. WWDC kicks off on June 2nd, where Apple will reveal new details regarding iOS 8.