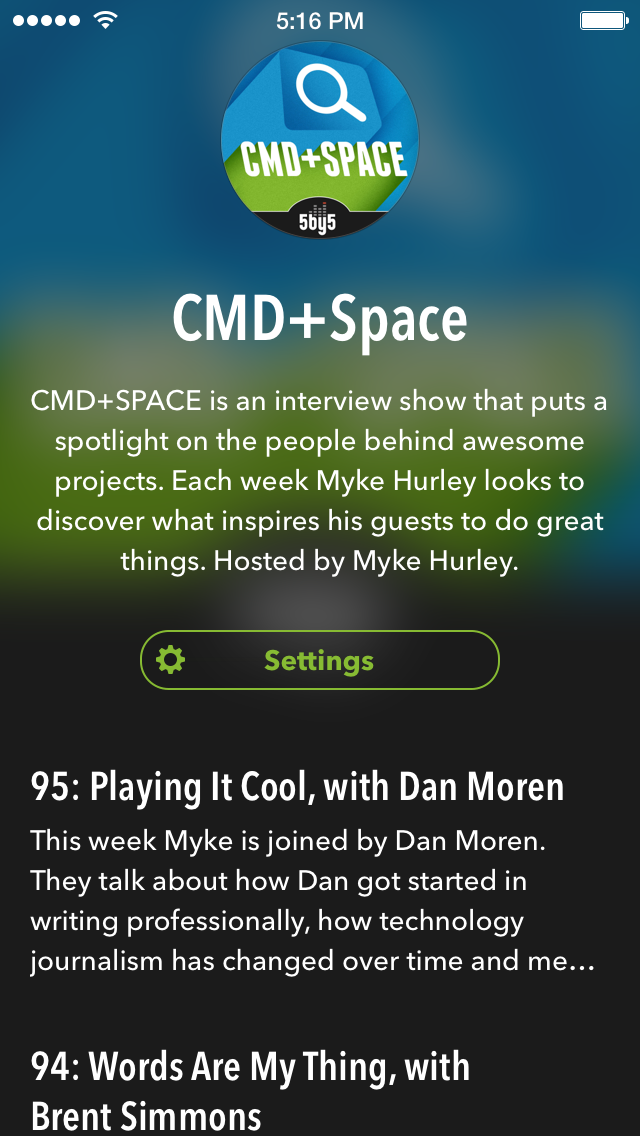 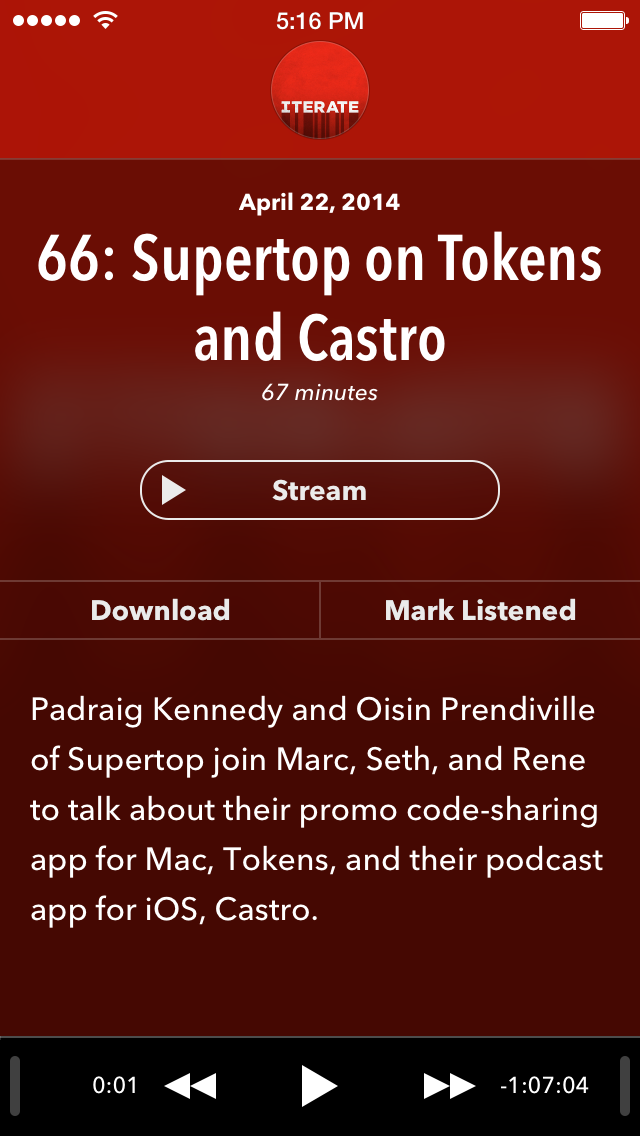 The high-fidelity Castro podcast player for the iPhone and iPod touch debuted last December and today got bumped to version 1.1. Despite the incremental change in version number, developers have added numerous new capabilities and refinements that will improve upon your already top-notch Castro experience.

From before, the app supports non-iTunes subscriptions. Today’s update is free to existing owners of the software. For newcomers, Castro is a $3.99 download from the App Store…

The app uses a new pitch shift algorithm to makes your podcasts sound “incredibly good” when played at fast or slow speeds.

If you subscribe to one of our podcasts like Let’s Talk Jailbreak or Let’s Talk iOS, you’ll no doubt love the new continuous play feature that automatically plays the next episode in your timeline.

Additional settings are available here to tell Castro to change the sort order of the timeline, control which episodes get streamed over cellular and so forth.

And hidden inside the app’s settings are several new options. Note that you can now accessed the settings interface by pinching the screen or tapping and hold the play button anywhere in the app. 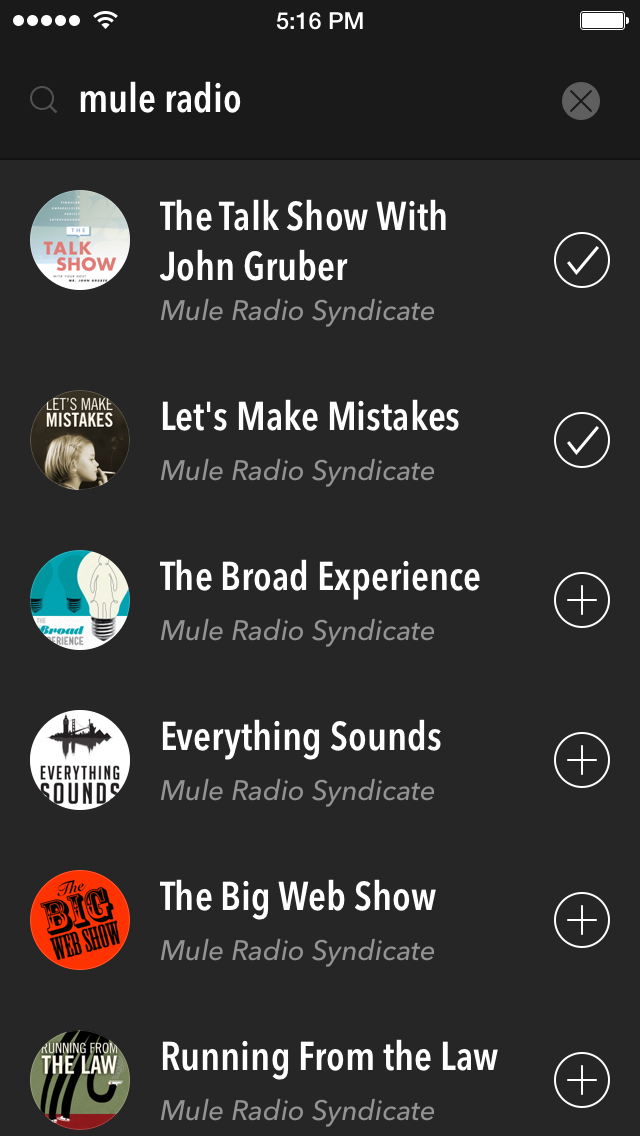 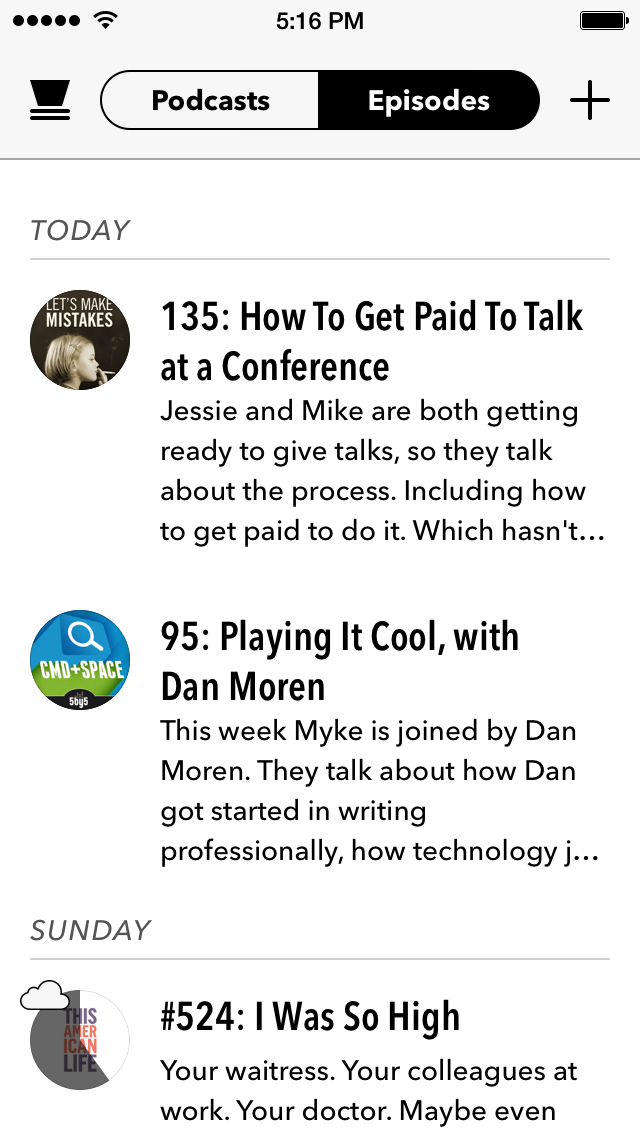 Castro can now automatically play the next episode in your timeline. You can change the sort order of the timeline and have complete control over whether episodes will be streamed over cellular data or not.

We’ve taken a fresh look at every screen of Castro.

• Typography is enhanced for legibility and consistency.
• All controls, from switches to the new playback speed bar and sleep timer, have been custom built to fit the Castro aesthetic and enhance usability.
• Castro’s color selection algorithm has been hugely improved to choose better colours from podcast artwork.
• Podcast artwork with flat color backgrounds are no longer cropped: instead, they are extended to fit perfectly in circles.

Castro now has a built in sleep timer for listening in bed. Still awake when the episode pauses? Just tap play again on the lock screen or headphone remote to extend the sleep timer.

All the settings are now within the app instead of isolated in the Settings app. Tap the top left button on the main screen to access global playback speed, sleep timer, and scroll to other settings.

To learn more about this update, check out the official blog post. And if I were you, I’d definitely read Jeff’s detailed review of Castro to get myself up to speed with the app.

iOS 7.0 or later is mandatory.