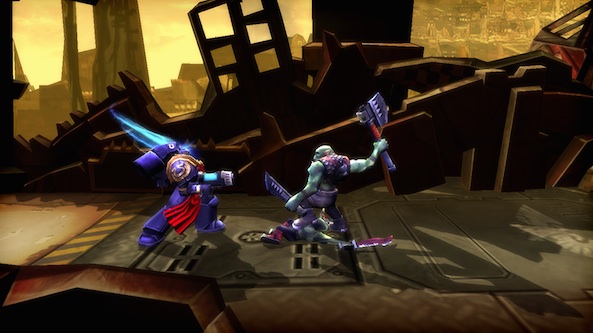 In the mid 1980s, a science fiction-fantasy tabletop miniature game won the hearts of role-play game fans that were tired of the same old stuff. The Warhammer world was born. To this day, you can walk into practically any board game store and a group of gamers will be sitting at a table with their boxes of tanks and armies of tiny fighters.

Warhammer 40,000: Carnage is a side-scrolling run-and-gun arcade style game set in the Warhammer 40K universe. Pick your side and hit the ground running because the enemy is waiting for you…

Fans of the franchise will be happy to see that you can play as either Ultramarine or Blood Angel. You’ll be fighting against iconic enemies as you run into the thick of the battle.

Players run through the fantasy world of Mithra on a side-scrolling path with gaps and obstacles. The goal is to kill all the bad guys as fast as possible. You earn points for as many kills, combos, and wounded enemies you get along the way. Timing is everything as your score increases the faster you get through a level. 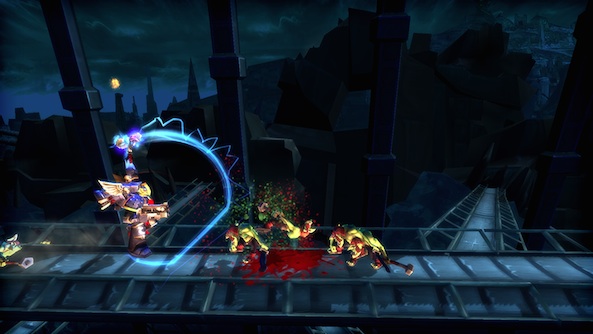 The game controls are based on simple touch screen buttons. Move forward or back using the arrow keys. Tap the shield button on the left side to protect yourself from the onslaught of enemies. On the right side of the screen, tap the target and attack buttons to destroy minions. Use the Jump Pack feature to get across wide gaps and tap the melee button in mid air to perform an Aerial Strike against enemies.

Players earn in-game money for successfully completing missions. Use the money in the battle shop to unlock weapons and upgrade armor. There are more than 500 Wargear items to collect, including Boltguns, Chainswords, Grenades, Thunder Hammers, and more. You can also find rare legendary gear to customize your Space Marine. 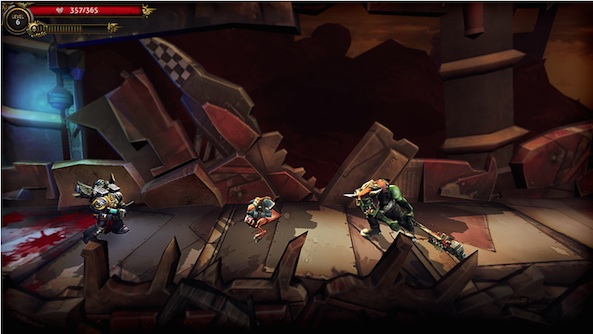 Play Fireteam co-op missions by connecting with friends online. Co-op mode includes the ability to find rare oar and Epic gear to really make your Space Marine tough. There are 50 levels across two maps with six more maps on their way in the future.

Even if you’ve never heard of the Warhammer franchise, you can still enjoy this title if you are a fan of fast-paced action run-and-gun style games. Just because it came from nerd culture, doesn’t mean you have to be a nerd to have fun playing it.

Warhammer 40,000: Carnage is available on the iPhone, iPad, and iPod touch for $6.99. Download it in the App Store today.

Are you a fan of the Warhammer franchise? What do you think of this game?