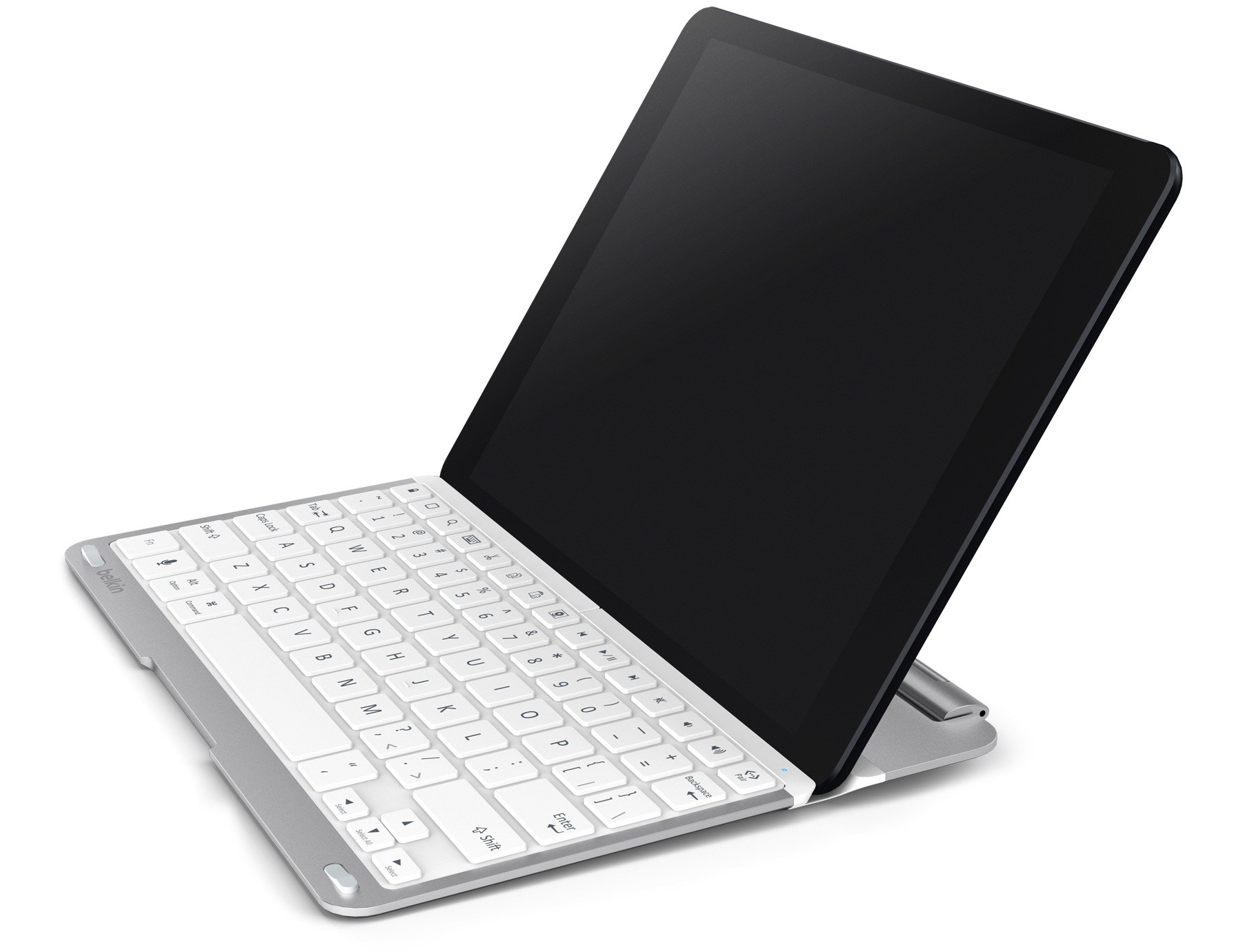 Good news for iPad Air owners this afternoon. Belkin’s QODE Thin Type keyboard, which was first announced last October, is now available for Apple’s newest full-sized tablet. The QODE joins the Logitech Ultrathin and just a handful of others in the ultra-slim iPad keyboard space.

The Thin Type weighs in at just over 12 ounces, lighter than the iPad Air itself, and it’s less than 4mm thick. It attaches to the tablet via secure-hold magnets, features Belkin’s exclusive TruType technology with well-spaced, responsive keys and lasts around 79 hours on a single charge…

Here’s a promotional clip for the accessory:

And here’s a breakdown of the case’s features:

Early reviews of the case have been favorable, with some reviewers pointing out that the keyboard itself is better than those used in cases from Logitech and other competitors. If you’re interested, you can find the QODE Thin Type in Belkin’s web store for $99 (comes in gray/white).