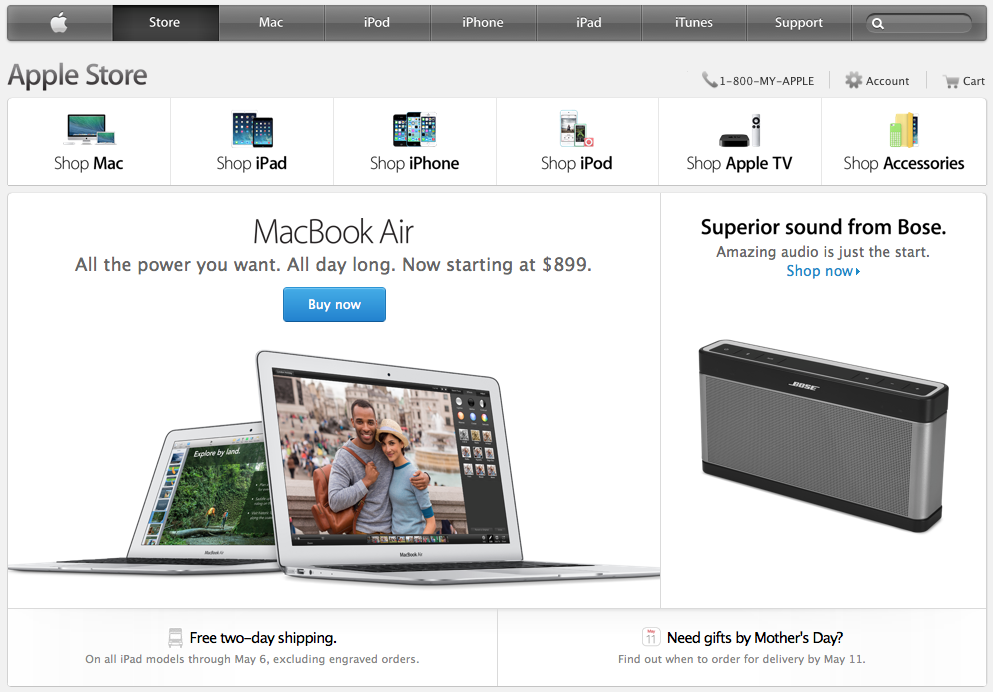 According to data from e-commerce research firm Internet Retailer, Apple is now the number two online retailer in the world. Amazon, of course, still has a large lead in the number one spot, but the Cupertino firm recently surpassed Staples to take over second place.

The jump in position is due to a couple of factors. For one, Staples saw flat online sales of $10.4 billion over the past year, representing just a 1% increase over 2012. And two, Internet Retailer is accounting for both hardware and digital content sales for the first time…

Here’s a breakdown of the data, shared by The Wall Street Journal: 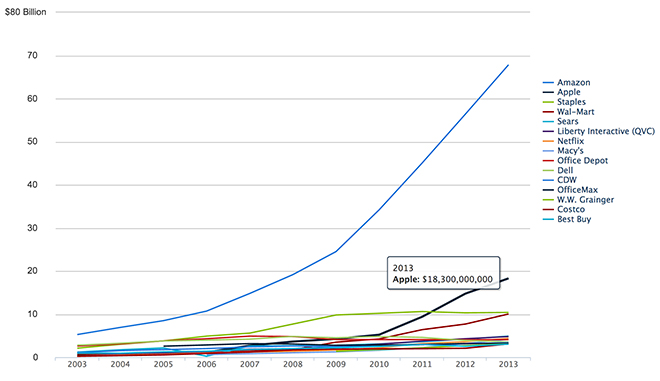 Apple’s online sales jumped over 24% from the previous year, beating out Amazon who grew just 20% during the 12-month period. Of course, when you’re bringing in some $68 billion in online revenue like Amazon is, it becomes a lot harder to really move the needle.

Also interesting is that there are several big box retailers on the top 15 list this year, including Wal-Mart at number four and Sears and number five. Warehouse club operator Costco even made its appearance on the list for the first time, finishing just ahead of Best Buy.

Speaking of e-commerce, former Burberry CEO Angela Ahrendts officially began her role last week as Apple’s senior vice president of retail and online stores. And it was revealed yesterday that the executive has already been awarded nearly $70 million worth of APPL stock.