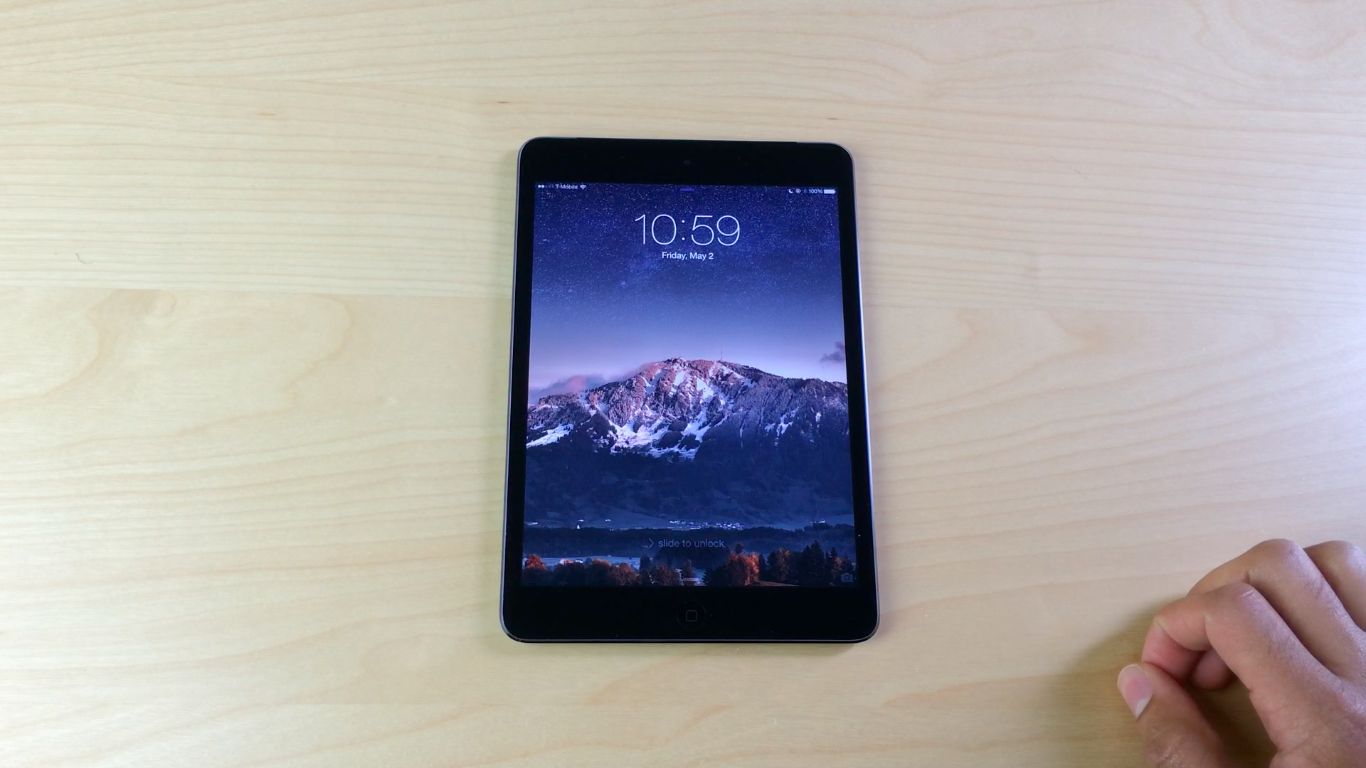 SmartTap is a brand new jailbreak tweak by well-known developer Elias Limneos. It allows you to use a double-tap gesture on the iPhone’s screen to awaken it, and put it to sleep. You can use other gestures—like a swipe-up or a swipe-down—to unlock the device or launch applications.

The tweak is a homage to the “KnockOn” feature popularized by the LG G2 Android phone, where a double-tap on a dark screen wakes the device. SmartTap is similar, in that you can awaken your device with a “knock” gesture, but SmartTap take it a step further. Check out our video walkthrough inside after the break.

When the screen is off, you can use a double-tap gesture, swipe-up gesture, or a swipe-down gesture to perform one of three actions. The actions are as follows: turn on the screen, unlock device, and launch application. To unlock or launch an application, you must use the device without a passcode, otherwise you will be met with an enter passcode screen, interrupting the flow of the tweak.

SmartTap’s “smart touch detection” features is there to ensure that the device does not detect false touches while in your pocket, purse or other places where it could detect a false touch. If you find that you have a hard time getting SmartTap to recognize your input, you may want to consider disabling this feature. 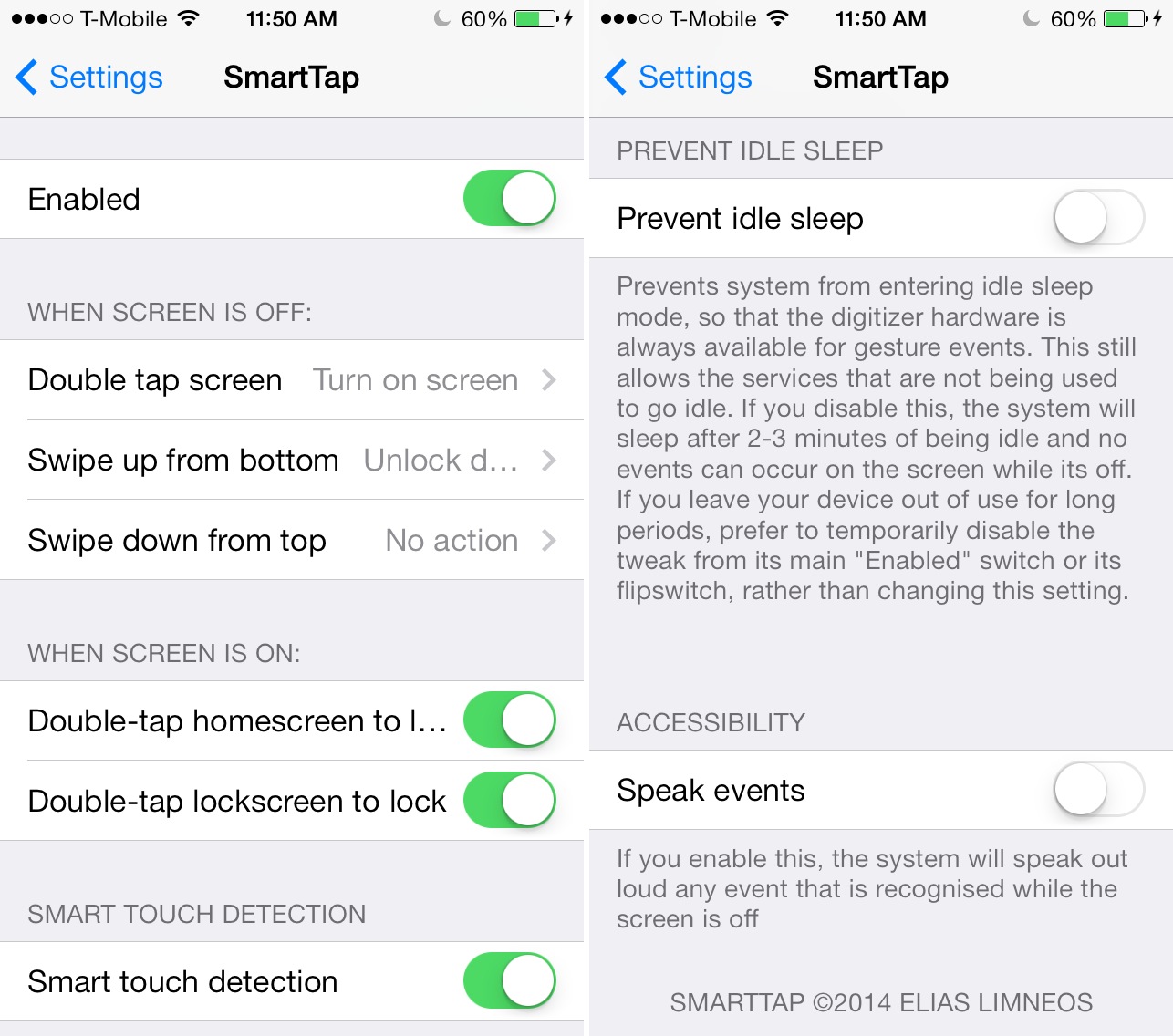 SmartTap works by keeping the device’s digitizer hardware awake even when the rest of the device’s software and components are sleeping. The digitizer is the part of the equation that actually detects the touches on an iPhone or an iPad.

Installing Smart Tap prevents the system from entering idle sleep mode so that the digitizer is available to respond to your touch gestures. The preferences for the tweak contain an option to disable the prevent idle sleep function, but according to the developer, it’s preferred that you just disable the tweak via its kill-switch or Flipswitch toggle.

As you guys know, I’ve never been one to make a huge deal over battery life, but when using a tweak like this, there will obviously be some costs involved when it comes to battery. Limneos states that SmartTap has been tested and optimized so that the battery consumption is minimal, and that most users won’t notice a difference. The verdict is obviously still out on that. I think users who live and die by battery life will definitely notice a difference, but hopefully the difference will be as minimal as the developer states.

The usefulness of a tweak like this is kind of minimized by the fact that there’s still that pesky passcode to deal with. But if you’re someone who uses their device without a passcode, you should definitely check this out. Yes, it’s a bit gimmicky, but it’s still pretty neat to show off to your buddies.

What do you think? Head over to Cydia’s BigBoss repo if you’d like to take it for a spin. It’s available right now for $1.99, and works with the iPod, iPhone, or iPad.