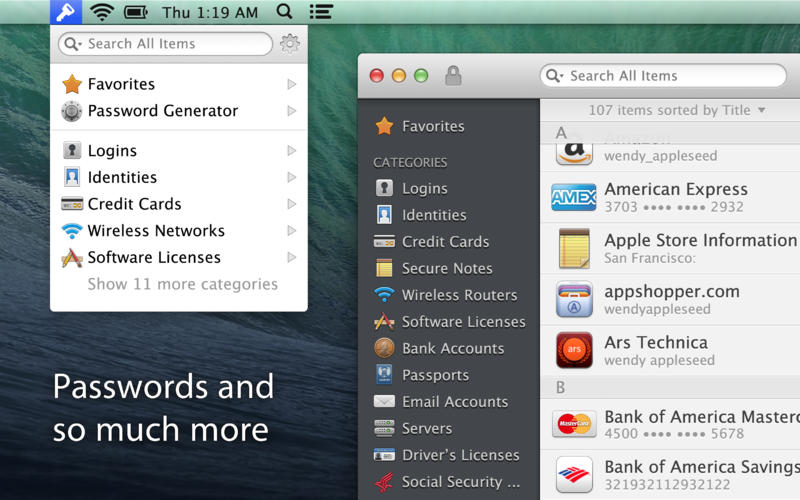 Following the update to the iOS app this week, AgileBits has posted a new version of 1Password for Mac, bringing the password manager to version 4.4. The update includes just a handful of improvements, but is notable because it adds Watchtower integration.

For those unfamiliar with it, 1Password Watchtower is a service that identifies websites that are vulnerable to known security risks, and suggest that you change your passwords. It’s fairly new, emerging after last-month’s ‘Heartbleed’ bug infected several websites…

When enabled, 1Password will download a database of vulnerable domains. The vulnerability database is refreshed automatically. Your personal information is never transmitted.

For a short period last month, AgileBits took 50% off of 1Password for Mac, but now it appears to be back up to its normal price. It may seem a bit pricey for a password manager, but with major website hacks becoming a weekly event, it’s not a bad way to spend the money.

If you’re interested, you can find 1Password for Mac in the Mac App Store for $49.99. And for what it’s worth, the iOS version of 1Password appears to still be on sale. You can pick that up in the App Store, for both the iPhone and iPad, for $8.99 (normally costs $17.99).