One of the best iOS media players around, Infuse by jailbreak developer FireCore of the aTV Flash Black fame, has received a major updated today that enables support for UPnP and DLNA  media streaming protocols which allows the software to stream, download and sync media residing on compatible UPnP/DLNA device such as XBMC, Plex, WMC, PS3 Media Server and more.

The release includes a plethora of other new features and improvements such as half a dozen new gesture controls, the continuous playback feature, improved streaming for certain NAS devices and a bunch of user interface tweaks.

The new Infuse 2.3 is available free in the App Store, with an optional in-app purchase to unlock advanced features like AirPlay subtitle streaming, support for additional video formats and more…

Connecting to an UPnP/DLNA is much like connecting to a regular network share: you can browse the media files, tap the cloud icon to download individual media files to your iPhone or iPad or just tap the item name to start streaming right away. 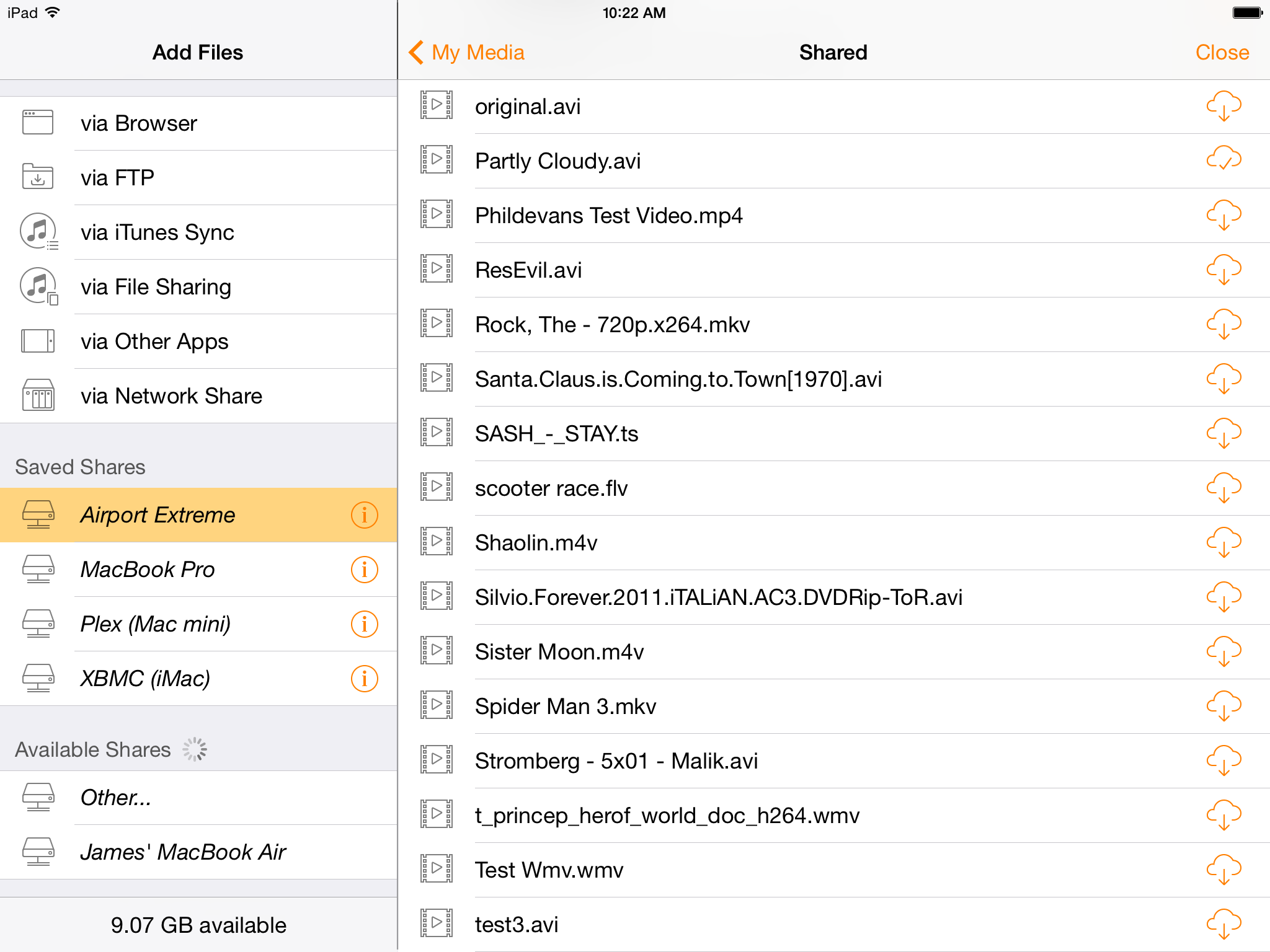 Pictured above: browsing the media residing on an AirPort Extreme network share. Right below in the Save Shares section is a MacBook Pro, media in the Plex app running on a Mac mini and an XMBC share on an iMac. 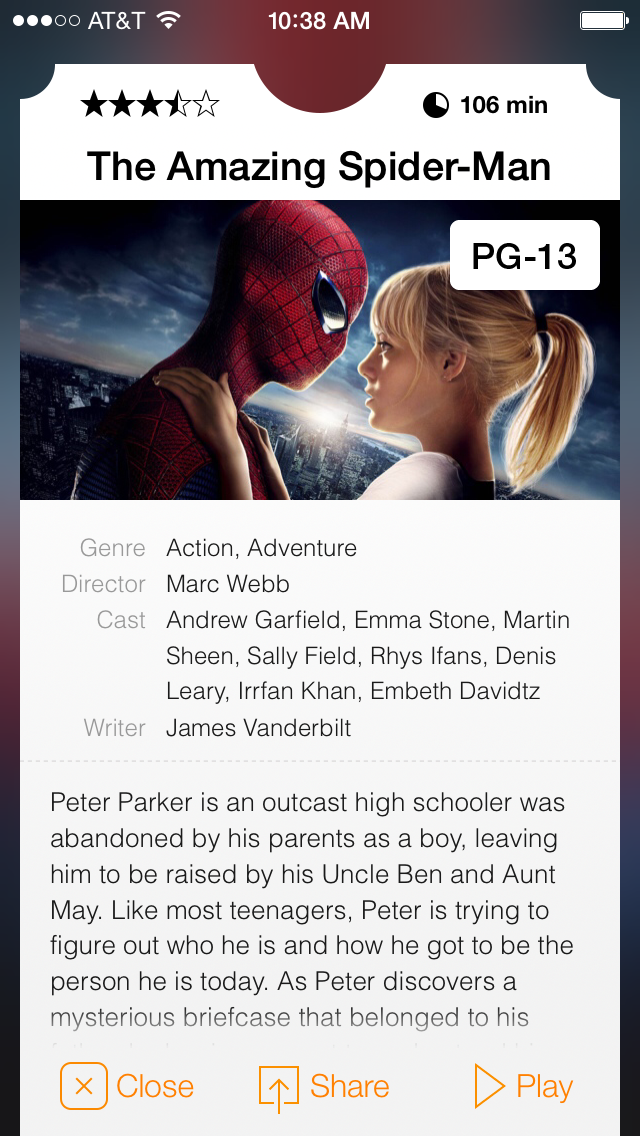 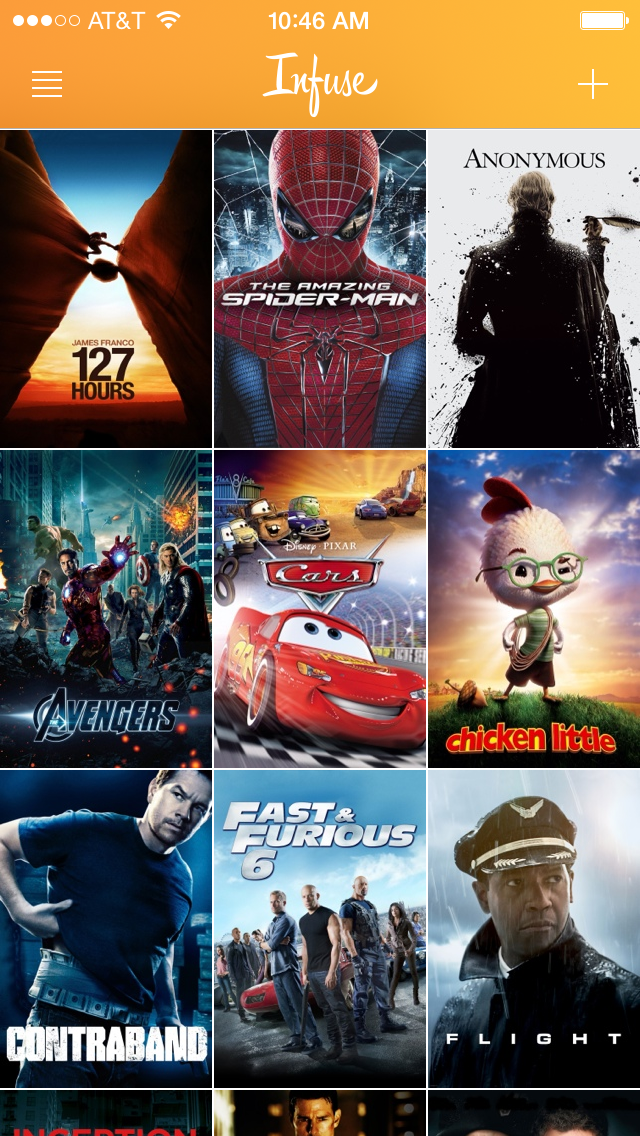 UPnP/DLNA streaming
Connect with apps like XBMC, Plex, WMC, PS3 Media Server, and others to browse, stream, and download movies and TV shows right on your iPhone or iPad.

Continuous playback
Enjoy non-stop playback for TV episodes, and other videos. When one video finishes, the next will start automatically.

And so much more

• Refreshed styling in many areas
• Single movie folders are now displayed with cover art
• Visual indicators for downloaded files
• Smarter calculation of when videos are marked as ‘watched’
• Better subtitle performance for some languages
• Ability to add artwork manually (use title.jpg and title_backdrop.jpg)
• Improved streaming for certain NAS devices
• Localization improvements
• Many UI related improvements
• Other performance and stability improvements

Learn more about the app over at the FireCore website.

Some additional premium features are included as part of Infuse Pro, which is available as an optional $6.99 In-App purchase.