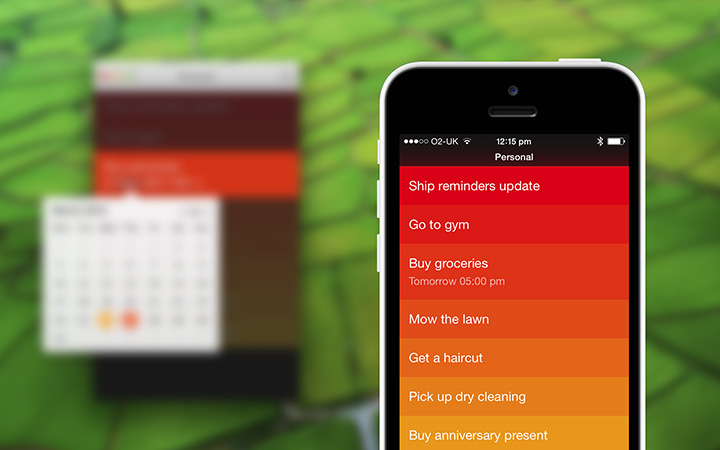 Keeping true to its promise, the popular Clear to-do app for iOS and OS X by Realmac Software has received a nice little update today, bringing out a pair of new features you’re going to love.

The first is the anticipated Reminders capability which lets you set up alerts that go off across all your Mac and iOS devices, similar to Apple’s stock Reminders app in iOS and OS X.

And to go with Reminders, the team has added another much-requested feature: custom sound packs. Both the iOS and OS X edition have been updated with these features and are now live in the App Store, available free to existing users…

Reminders work as you’d expect: you set a date and time and Clear takes care of the rest, including syncing reminders across all your devices.

“Set a reminder, and Clear will remind you across all your devices as Clear for Mac also gets this new feature today as well,” writes the team.

Custom sound packs are included for free with Clear for Mac, but you’ll have to pay for them on iOS via In-App Purchases.

At post time, there were two sound packs available: the 8-bit and Sci-Fi packs. Yes, you can try them for free before you unlock them.

Realmac assures us that these packs of sound effects are professionally produced by the same sound designer who did the original Clear sounds.

The iOS edition requires iOS 7 or later and its Mac counterpart runs on any Mac with a 64-bit Intel chip and OS X 10.8.2 or later.