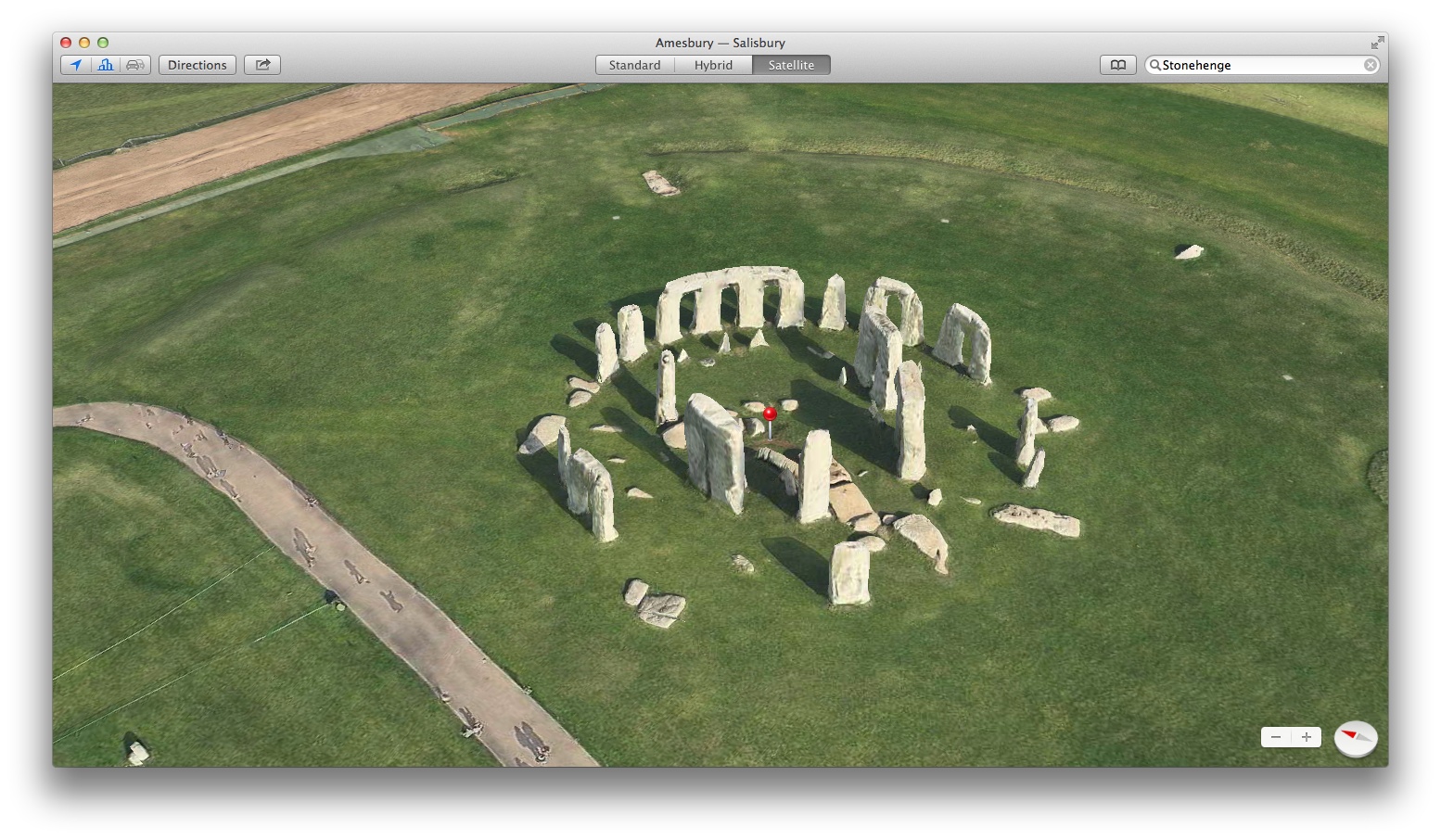 Apple lately has been increasingly expanding coverage of the three-dimensional view of its mapping service. Just earlier this month, 3D Flyover coverage extended to include the east side of the San Francisco Bay Area, including the city of Berkeley and its University of California, the birthplace of the flavor of Unix used in OS X and iOS.

But what if you could take a 3D topographic tour of the ancient monument? Well, now you can as Flyover coverage now includes areas of Wiltshire, England, about two miles west of Amesbury and eight miles north of Salisbury where this mysterious prehistoric monument is located…

To browse the structure in 3D Flyover, just type ‘Stonehenge’ into the search box of Maps application on your Mac, iPhone, iPod touch or iPad, select satellite view from options and hit the little 3D icon.

The historic site dates back to about 3100 BC and there are plenty of conspiracy theories flying around as to why the ancient people had created it.

The site and its surroundings in 1986 became one of UNESCO’s World Heritage Sites. Owned by the Crown and managed by English Heritage, Stonehenge is also a national legally and a Scheduled Ancient Monument.