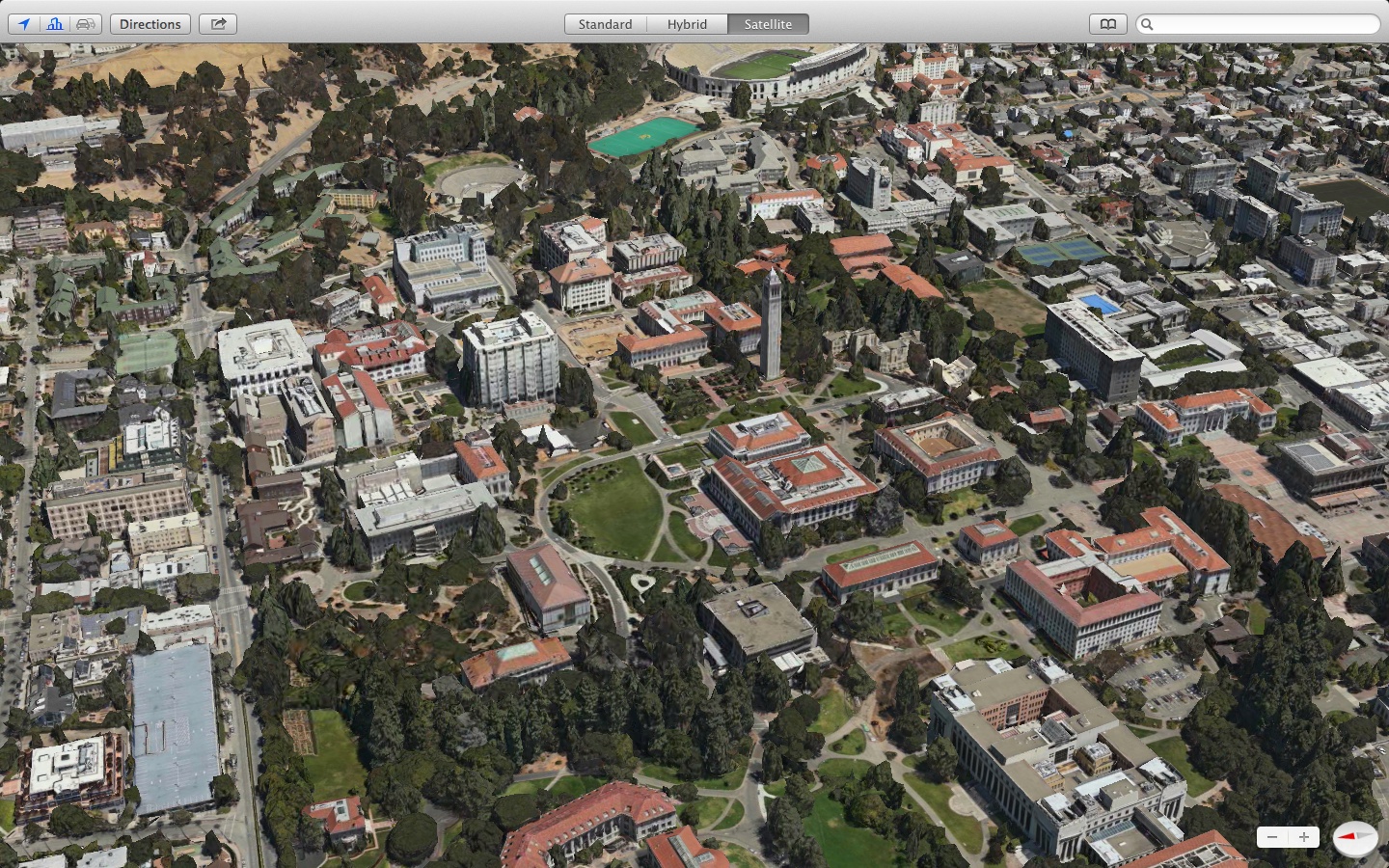 In late-March, the firm expanded 3D Flyover coverage to include Australia’s Perth, Spain’s Cordoba and France’s Saint Tropez and now Apple’s in-house Maps team has added three-dimensional maps for the areas of California including the city of Berkeley and the eastern side of the San Francisco Bay Area…

As reported by AppleInsider this past weekend, 3D Flyover coverage is now available for the east side of the San Francisco Bay Area, including the city of Berkeley.

The publication reminds us that the University of California in Berkeley, pictured top of post, is the “birthplace of the flavor of Unix used in OS X and iOS.”

Specifically, the Berkeley Standard Distribution of Unix serves as the foundation of a custom kernel derived from Mach and modern versions of BSD Unix that powers Apple’s OS X and iOS operating systems.

Three-dimensional Flyover coverage expanded to the cities of Marseille, France; Cape Town, South Africa; and Helsinki, Finland in January of this year.

The wildly reported inaccuracies and flaws turned the highly-anticipated summer 2012 launch of Apple Maps into a fiasco.

Mapsgate eventually resulted in the firing of the former iOS architect Scott Forstall because he’d allegedly refused to take his share of the blame, prompting a rare CEO apology from Tim Cook.

In other Apple Maps news, British newspaper The Mail reports that Apple’s mapping service may have proved the existence of the mythical Loch Ness Monster. 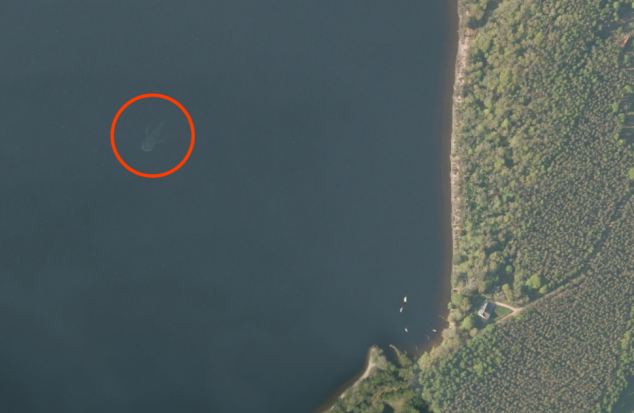 It looks like a boat wake, but the boat is missing. You can see some boats moored at the shore, but there isn’t one here. We’ve shown it to boat experts and they don’t know what it is.

Whatever this is, it is under the water and heading south, so unless there have been secret submarine trials going on in the loch, the size of the object would make it likely to be Nessie.

The alleged creature appears to have two massive flippers, as evidenced by the screenshots. 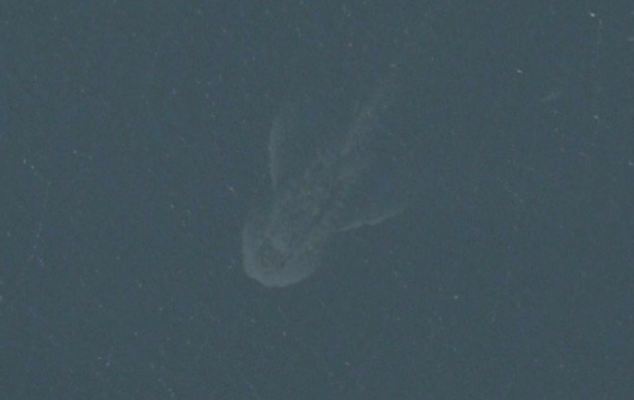 If you ask me, that shadowy form is nothing if not a residual wake of a speedboat – but hey, what do I know?