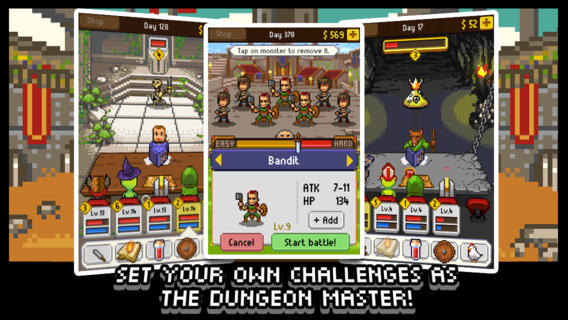 Have I told you yet that I play Dungeons & Dragons? I have a group of friends that introduced me to the game back in 2002 and we’ve managed to keep the group together for 12 years through moves, marriages, kids, and everything else that might normally destroy a good gaming group.

Knights of Pen & Paper is a satirical role-playing game that lets you play a tabletop adventure, complete with dungeon master and unhealthy snacks. In this version, you want the cat to jump on the table. You’ll get a power buff…

Players start by creating their adventure team. In traditional digital RPGs, you would pick a tank, healer, and warrior character (more or less, depending on the game). In this game, you can choose from six different classes, including paladin, warrior, rogue, cleric, druid, and mage. However, you also get to pick their personalities. Choose from the Pizza Guy, the Jock, the Little Brother, and more. Each player features a different bonus. For example, the Jock has a +1 bonus to attack and the Little Brother has a +5 to initiative. For those that don’t understand that previous sentence, the former is stronger and the latter is faster. 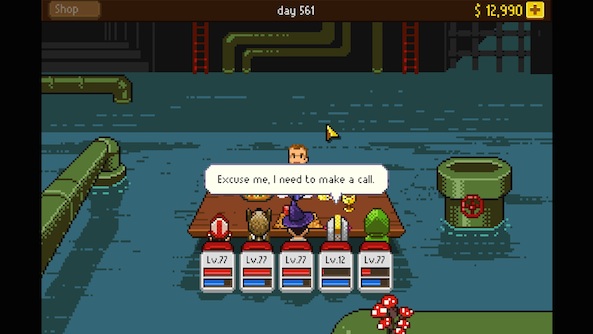 Once the players are chosen, you start your adventure. Only, instead of entering a dungeon and fighting ogres by tapping and swiping the screen, you are transported, game table and all, to a scene that plays out using text. At the end of a few bits of gamer-style conversation, the fighting begins.

When in battle, you choose what your characters will do. You can attack, cast spells, and run away. When you defeat an enemy, your party will gain experience points and earn a few coins. The more difficult the enemy, the more you earn. You can increase or decrease the monster’s difficulty level each time you battle. 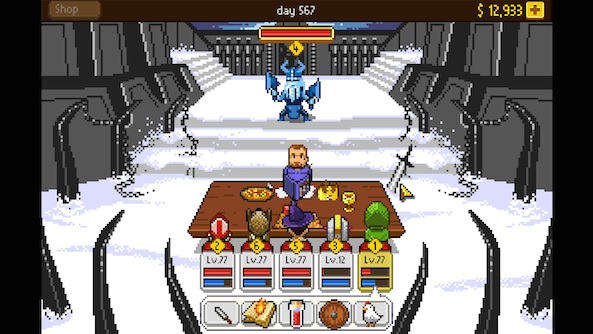 Coins are used to buy items and equipment. Every good adventurer will have some food, potions, and maybe an amulet or two.

Coins can also be used for out-of-game character bonus items. Buy snacks, like cookies, chips, or pizza for buffs like additional health, experience points, and critical hits. Buy different tables, furniture, and decorations for items that offer special effects. Invest in different dungeon masters like Karate Rat, who looks a lot like a certain turtle-loving rodent, or Dungeon, who looks exactly like “Dungeon Master” from the 1980s TV show “Dungeons & Dragons.”

The best part about Knights of Pen & Paper is that it is free until Monday, April 21, regularly priced at $2.99. If you play D&D at all, you will really get a kick out of this fun game. It is available on the iPhone, iPad, and iPod touch. Download it in the App Store today.