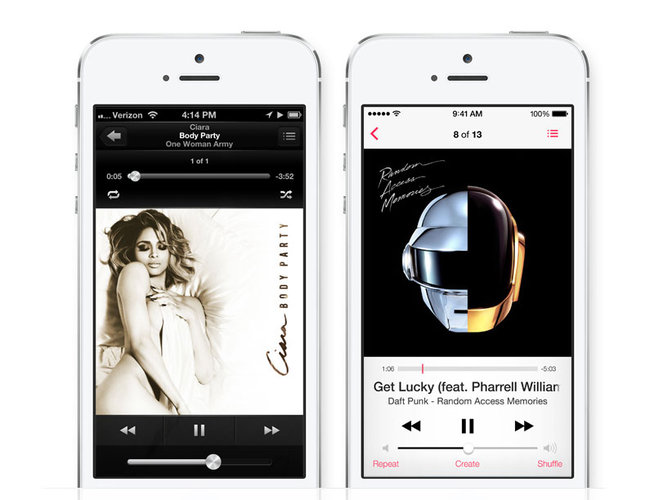 Apple is working on a song-identification feature within its iOS software, in an effort to continue building out its Music offering to combat streaming services and declining iTunes sales, according to Bloomberg.

Apple is said to be partnering with Shazam, a third-party service on the App Store that allows users to press a button and recognize music and media playing around them. On the iPhone and iPad in a future iOS update, users will be able to identify songs and artists without having to download an app, the report says.

Apple has been working to build out its Music offerings, over the years, following increased competition from streaming services including Pandora, Spotify, and RDIO. iTunes sales have been on the decline, and that’s why in iOS 7 the company rolled out iTunes Radio and a revamp to the user interface of the Music app.

Nielsen SoundScan found in recent research that iTunes music download sales fell last year for the first since the iTunes store debuted in 2001.

Bloomberg didn’t define which software update specifically the song-identification feature will launch in, but it sounds likely to come in iOS 8, software Apple is expected to debut in early-June at its Worldwide Developer Conference. Several reports have already pegged Apple to launch a dramatic overhaul of its iTunes music store, as iTunes Radio has been a bit of a flop.

Launching a song-identification feature would help Apple drive sales to its iTunes music store. If a user liked a song they heard around them, they could quickly launch the Music app, identify it, and then Apple would prompt the user to go buy it. Other song-identification apps, including Shazam and SoundHound, push users to launch songs through streaming apps – driving traffic away from Apple.

Bloomberg adds in its report Apple is considering making iTunes Radio a stand-alone app, instead of including it in the Music app. Furthermore, it’s said that Apple has built a music streaming service internally, but isn’t releasing it as of yet.

Wouldn’t it be cool to have Shazam built right into the Music app on iOS?