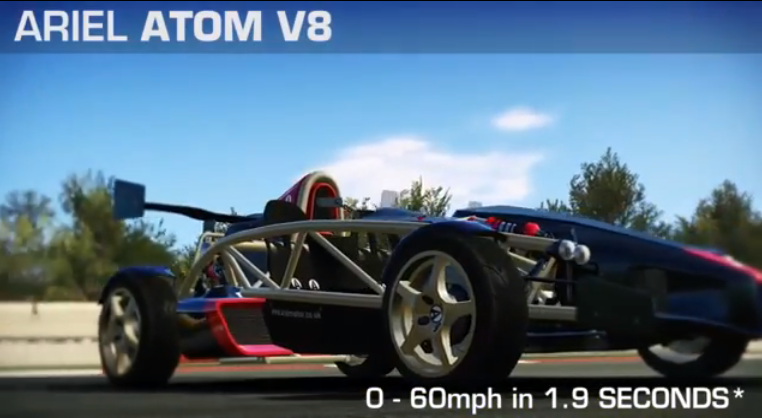 Hot on the heels of its major Aston Martin update last month, the folks at EA have posted another new version of its popular Real Racing 3 game today that brings about new ‘open wheel’ vehicles, an expanded roster and more.

The new vehicles fall under the new ‘Open Wheelers’ category, and include classics such as the Caterham Seven 620R, Ariel Atom 3.5 and Atom V8. The 2014 Porsche 911 RSR and Hyundai Veloster Turbo have also been added…

And here’s your promotional clip from EA:

As most of you know, ‘open wheel’ vehicles are very fast and very light. In fact, the Ariel Atom V8 car added in today’s update (seen in the photo above) goes 0-60mph in 1.9 seconds. That’s faster than the Porsche 911 RSR by .3 seconds.

At any rate, Real Racing 3 is a ‘freemium title,’ meaning it’s free to play but you’ll be encouraged to snag some in-app purchases. Still, the game is well-reviewed and can be found in the App Store for the iPhone/iPad if you’re interested.