It’s hard to believe it’s been a year already since Electronic Arts released its free-to-play Real Racing 3 in the App Store. On the downside, a year is a long time in mobile so aside from avid fans, many casual gamers may have by now stopped enjoying this otherwise excellent racer.

If you needed an excuse to re-download and fire up Real Racing 3 on your device, Electronic Arts is celebrating the game’s first anniversary and has marked the occasion by issuing a fresh content update today. It contains a bunch of new goodies, including support for the physical iOS 7 controllers helping turn Real Racing 3 into a more of a console experience.

Some of the surprises include deep car customization options along with a brand new Photo mode to go with it. “After seeing everyone creating amazing screenshots with Replays, we’re excited to see what players do with Photo mode,” developer Firemonkey teased.

As a bonus, you can now drive Aston Martin sports cars and everyone gets to grab a free 1972 Porsche 911 Carrera RS 2.7. Jump past the fold for the full reveal…

This update contains a wealth of features letting you pimp up your ride for a total visual overhaul. After you personalize the car, the new Photo mode lets you share it with your friends, which I suspect is going to become a rather popular feature.

“To top it all off, Aston Martin has arrived to the delight of luxury sports cars enthusiasts everywhere,” EA noted. Aston Martin’s DB9, Vanquish and V12 Vantage S are now available for your driving pleasure.

Check out the short customization video below.

Lastly, in order to claim your free 1972 Porsche 911 Carrera RS 2.7 simply follow the banners for it in game, according to the game’s official Twitter handle. Alternatively, redeem the Racing Code ‘BIRTHDAY’ to claim your car. Note you’ll need to update to the latest version in order to redeem your free Porsche. 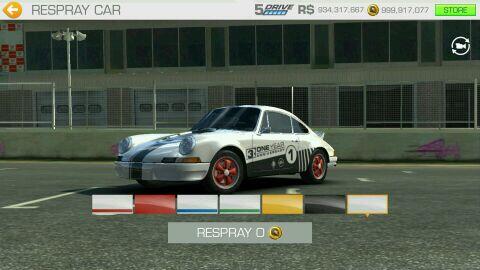 Download Real Racing 3 in the App Store free of charge.

This download comes in at a massive 1.1GB and supports an iPhone, iPod touch or iPad running iOS 5.0 or later. Controller support is an iOS 7-only feature.