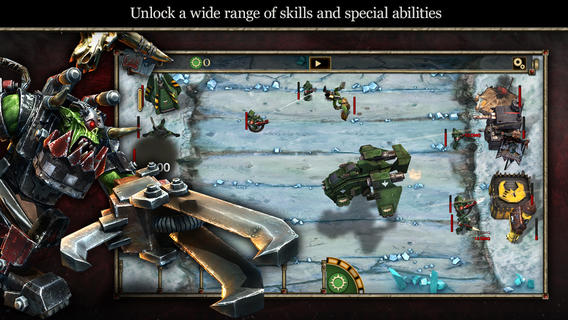 Wow, it has been an absolute monster day for iOS game releases. First there was ‘Hearthstone: Heroes of Warcraft,’ which hit App Stores in select countries, then FTL for iPad came out, and now we have ‘Warhammer 40,000: Storm of Vengeance.’

Games Workshop’s Storm of Vengeance is a lane strategy game for PC and mobile devices set in the dark, gothic universe of Warhammer 40K. Players can play as both Dark Angels and Orks, tasked with either defending their planet, or destroying it… 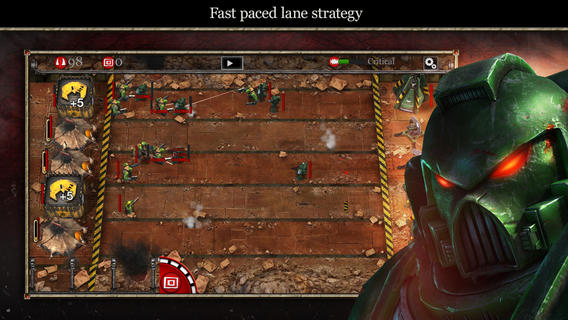 Here’s an overview of the game:

Storm of Vengeance tells the story of a pivotal moment in the Warhammer 40,000 universe, during the legendary planetary conflict on Piscina IV. Featuring two of Games Workshop’s most cherished characters, Grand Master Belial and Ork Warlord Ghazghkull Thraka, Storm of Vengeance offers the player the chance to command the tenacious defence of the planet with only 100 Dark Angel Space Marines, or attempt it’s annihilation using the cunning of the Ork Waaagh! and their telly-porta technology.

And here are some of its key features:

And of course, the customary gameplay clip:

The Warhammer 40,000 franchise has been around since the late 1980’s, and has been reincarnated in several forms including tabletop games, video games, and works of fiction. There was already one title on iOS, and another one is set to be released soon.