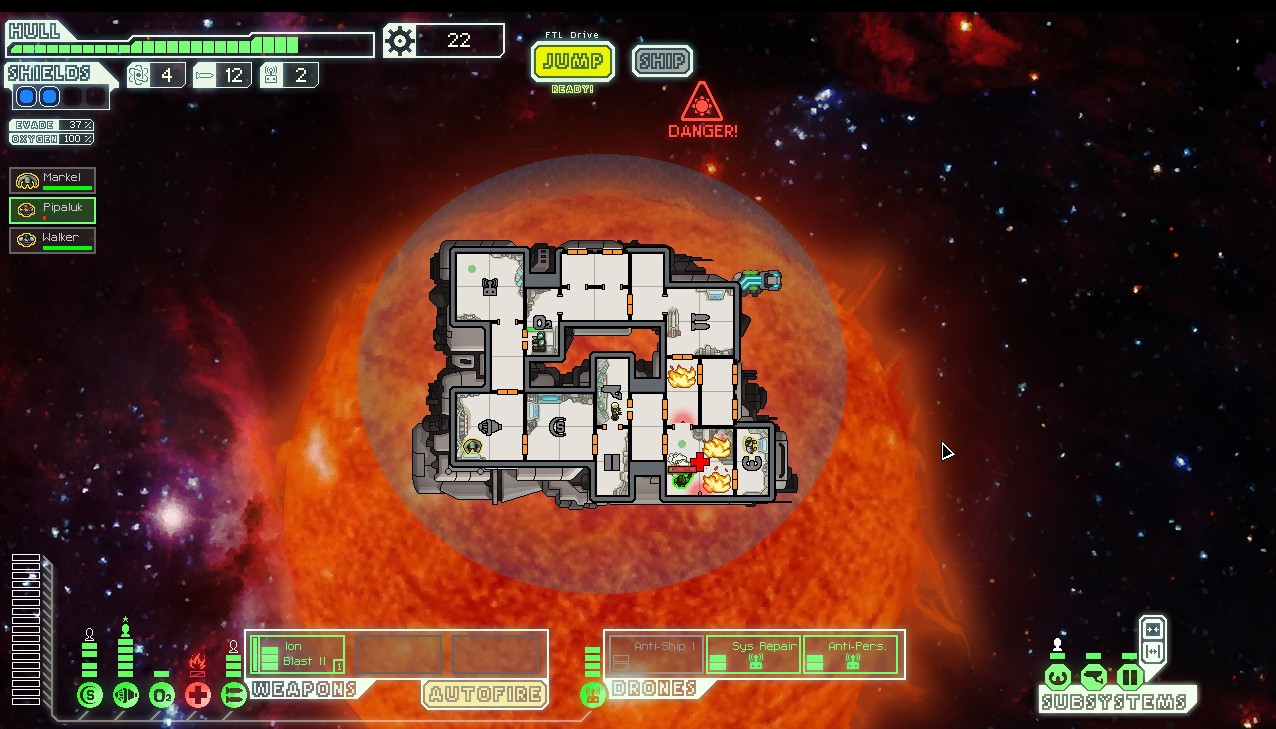 Last week we told you that the popular PC/Mac title Faster Than Light would be making its way to the iPad soon, and today, the game landed in the App Store. You can now play the roguelike-like real-time strategy game on your Apple-branded tablet.

Even if this doesn’t look like your cup of tea, FTL is worth checking out. Early reviews of the game have been glowing, with some awarding it 5 out of 5 stars, and others calling it a potential Game of the Year candidate. Keep reading for a full overview…

For starters, here’s a brief breakdown of the game:

In FTL you experience the atmosphere of running a spaceship trying to save the galaxy. It’s a dangerous mission, with every encounter presenting a unique challenge with multiple solutions. What will you do if a heavy missile barrage shuts down your shields? Reroute all power to the engines in an attempt to escape, power up additional weapons to blow your enemy out of the sky, or take the fight to them with a boarding party? This “spaceship simulation roguelike-like” allows you to take your ship and crew on an adventure through a randomly generated galaxy filled with glory and bitter defeat.

And here are some of the game’s more notable features:

– Give orders to your crew, manage ship power distribution and choose weapon targets in the heat of battle.
– Pause the game mid-combat to evaluate your strategy and give orders.
– Upgrade your ship and unlock new ones with the help of seven diverse alien races.
– Hundreds of text based encounters will force you to make tough decisions.
– Each play-through will feature different enemies, events, and results to your decisions. No two play-throughs will be quite the same.
– Permadeath means when you die, there’s no coming back. The constant threat of defeat adds importance and tension to every action.

And finally, a gameplay video courtesy of TouchGameplay:

TouchArcade is one of the outlets that gave the game a perfect 5-star rating, saying that “FTL for the iPad is the definitive version of the game.” And reviewer Eli Haddap said the game translated to the touchscreen better than his “most optimistic expectations.”

It sounds like if you are at all interested in these types of titles, Faster Than Light is worth checking out. You can find the new game in the App Store for $9.99, and yes it comes with the recent desktop expansion pack. Note: the game requires an iPad 2 or higher.

Have you tried Faster Than Light yet?