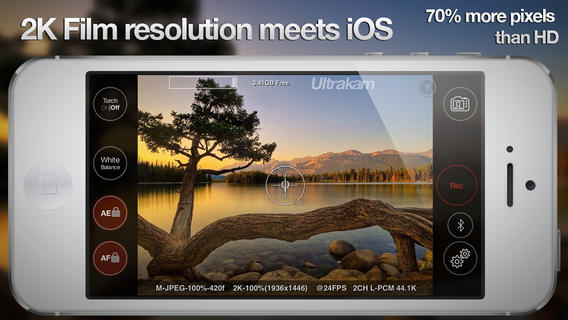 But what if the handset could take a series of stills in a rapid succession and stitch them together to form an ultra-resolution footage?

That’s what Ultrakam, a novel iPhone application by Hassan Uriostegui, does for you. Available in the App Store for $6.99 for a limited time, the software brings 2K film resolution to your iPhone 5s at 30 and 20 frames per second.

It also includes a handy film-like 24 frames per second preset and can automatically smooth rack-focus during recording. Read on for the full reveal…

As noted by The Next Web, Ultrakam shoots 2,240-by-1,672 pixel video, which is around 75 percent more pixels than the regular full HD resolution of 1,920-by-1,080 pixels. Taking 2K images at 24 frames per second and encoding them into a Motion JPEG format in real-time requires a lot of horse power so Ultrakam works best with A7 devices like the iPhone 5s and iPad Air.

The app also supports previous-generation devices such as the iPhone 5, iPhone 5C and iPad mini, though you’ll have to settle with 2K video capture at 20 frames per second on these gadgets. 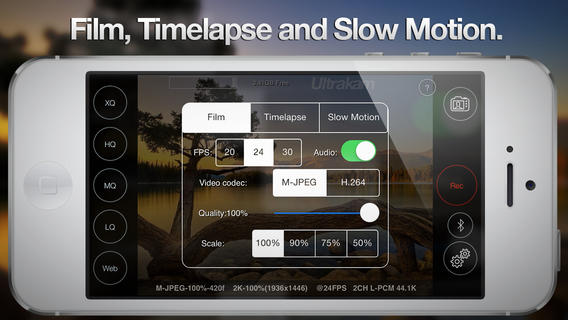 Ultrakam is anything but your ordinary camera app: your 2L clips get stored as either Motion JPEG or H.264 iFrame encoded files. Motion JPEG is a video format specifically created to compress each frame separately as a JPEG image, which quickly increases file size.

Specifically, a minute of 2K Motion JPEG footage at 24 frames per second will consume up to three gigabytes of storage space so the top-of-the-line iPhone 5s with 64 gigabytes per storage will fill up after mere 20 minutes of 2K video capture. 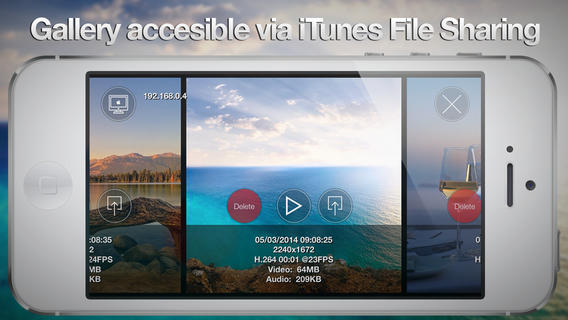 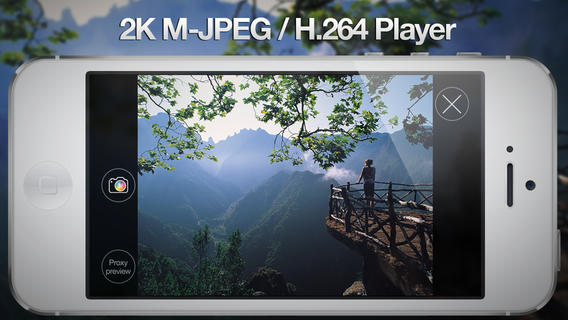 Advanced video capture settings let you choose your bit-rate for video and audio, with the built-in player offering a variety of editing tools that allow you to share your videos and stills, apply color correction, set while balance and focus/exposure values independently, generate stills from a video and more.

Note that setting lower-quality presets will let you slow down your recordings by up to ten times. Playing back 2K footage directly on the device comes with a caveat. “As with high end cameras, 2K recordings are tough to playback, so you may need to use the ‘Render Proxy’ function in the player to create a more playable version,” the developer notes.

Of course, it makes no sense to render a 2,240-by-1,672 pixel video on the iPhone’s 1,136-by-640 pixel Retina screen so you’ll want to use iTunes file sharing to copy the clips over to your desktop and edit them using a pro video editing software such as Apple’s Final Cut Pro X. 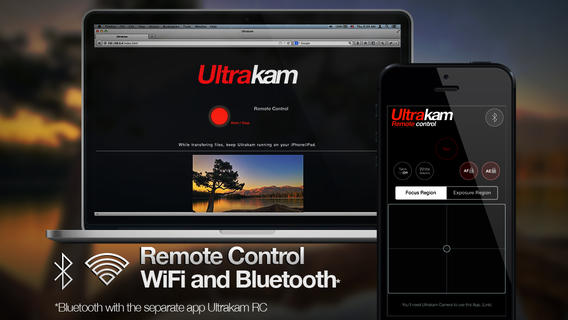 Learn more about the app at the official Ultrakam website.

Grab Ultrakam in the App Store for $6.99, a 60 percent discount for a limited time.

The app is universal and iOS 7.0 or later is required.