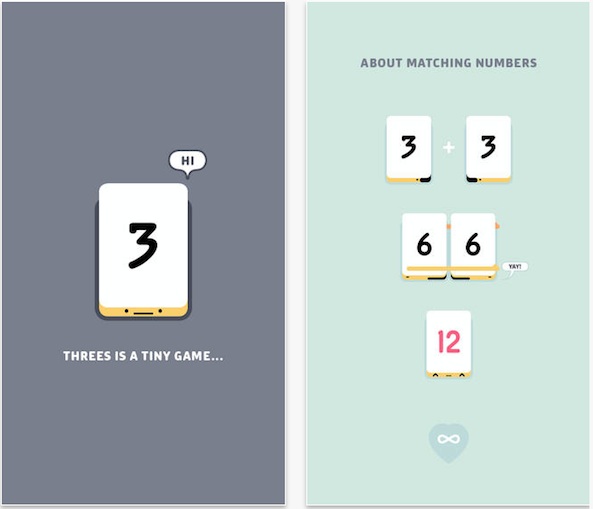 Clones of popular games are a common sight in the App Store. They’re a way for not-so-creative developers to make a quick buck by riding the coattails of hit titles and trends—the recent flurry of Flappy Bird copycats is a great example of this phenomenon.

But while we had a good laugh at some of the ridiculous FB clones, like ‘Flappy Beard Hipster Quest,’ it’s not so funny for developers. In fact, the creators of the hit game ‘Threes’ recently took to their blog to vent their frustration with the growing list of ripoffs…

With Greg being part of the Ridiculous Fishing team, we’re not shy about calling a clone a clone, and believe us, there’s no shortage of straight-up clones out there, especially on Android. But it’s the not-really-clone sort of games, the rip-offs, that have popped up that have our feelings puzzled. […]

First, it started on iOS with a game called 1024 released 21 days after Threes (February 27th). It’s different, but not. The sliding is there, the doubling of cards, the merging, even the art is extremely similar. Next, came 2048 about ten days later. A game system identical to 1024 with one tweak, it removed the stones. Since, the game has grown in popularity after a posting on Hacker News on March 10th.

After laying out the major flaws in these games, Asher Vollmer and Greg Wohlwend ran down 500+ emails from a 14-month span to show some of the effort that went into creating Threes. “It took a lot of work to make our tiny little game, but not much to clone it.”

Here’s one from the early development stages:

“Awesome! I really like the tiles. Very solid and they definitely look merge-able.

Really dig the 3Dness too. I can totally imagine the arrows and walls having the same amount of depth.

Not too keen on the color scheme, to be honest. It feels a little abrasive and neon for my taste. Though if the game stays this simple we could make a bunch of color schemes and something like this could be an option.”

Personally, I found it very interesting to read through the emails and text messages the devs posted as it kind of gives you a behind-the-scenes look at what it’s like to build a game. There’s a lot of iteration involved, a lot of evolution, and just a lot of work in general.

So yeah, it’s pretty lame that other developers can profit off of all this hard work with little effort, especially since the Threes game itself is so good. You can read our full review of it here, or grab it from the App Store here. It’s $2 and works on the iPhone and iPad.