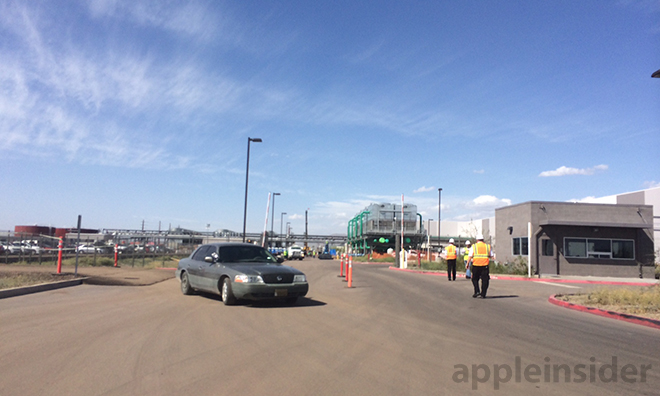 According to a new report from AppleInsider, contractors are working around the clock and on weekends to finish Apple’s new sapphire plant in Mesa, Arizona. The site says that work on the facility is progressing, and that the company may be expanding the project with an additional building.

Word that the iPad-maker was teaming up with GT Advanced to build a sapphire production plant first came in November of last year, and it has since remained a popular topic. The Cupertino firm is believed to be using the plant to manufacture components for yet-to-be announced products…

AppleInsider has more on the construction progress:

“AppleInsider has received a batch of photos showing recent progress at the Apple-GT Advanced sapphire plant, a large nondescript building in Arizona that looks to be nearly complete. The tipster says construction personnel are working around the clock and even on weekends to get the job done by June. […]

Rumors floating around the local electrical industry in Arizona claim Apple may be mulling a project expansion into a building on the site that was previously owned by photovoltaic panel maker First Solar. The purpose of the support structure is unknown.”

Documents filed with the US International Trade Administration early this year revealed that Apple was hoping to take the plant live in February, as it would be producing a ‘critical’ sub-component for future Apple devices. So it’s very possible that the plant may already be at least partially active.

But just what those ‘critical sub-components’ are remains a mystery. Some pundits have speculated that Apple is using the plant to build sapphire screens for its next iPhone, making it tougher and less susceptible to scratching. Others believe it’s making curved displays for its rumored smartwatch.