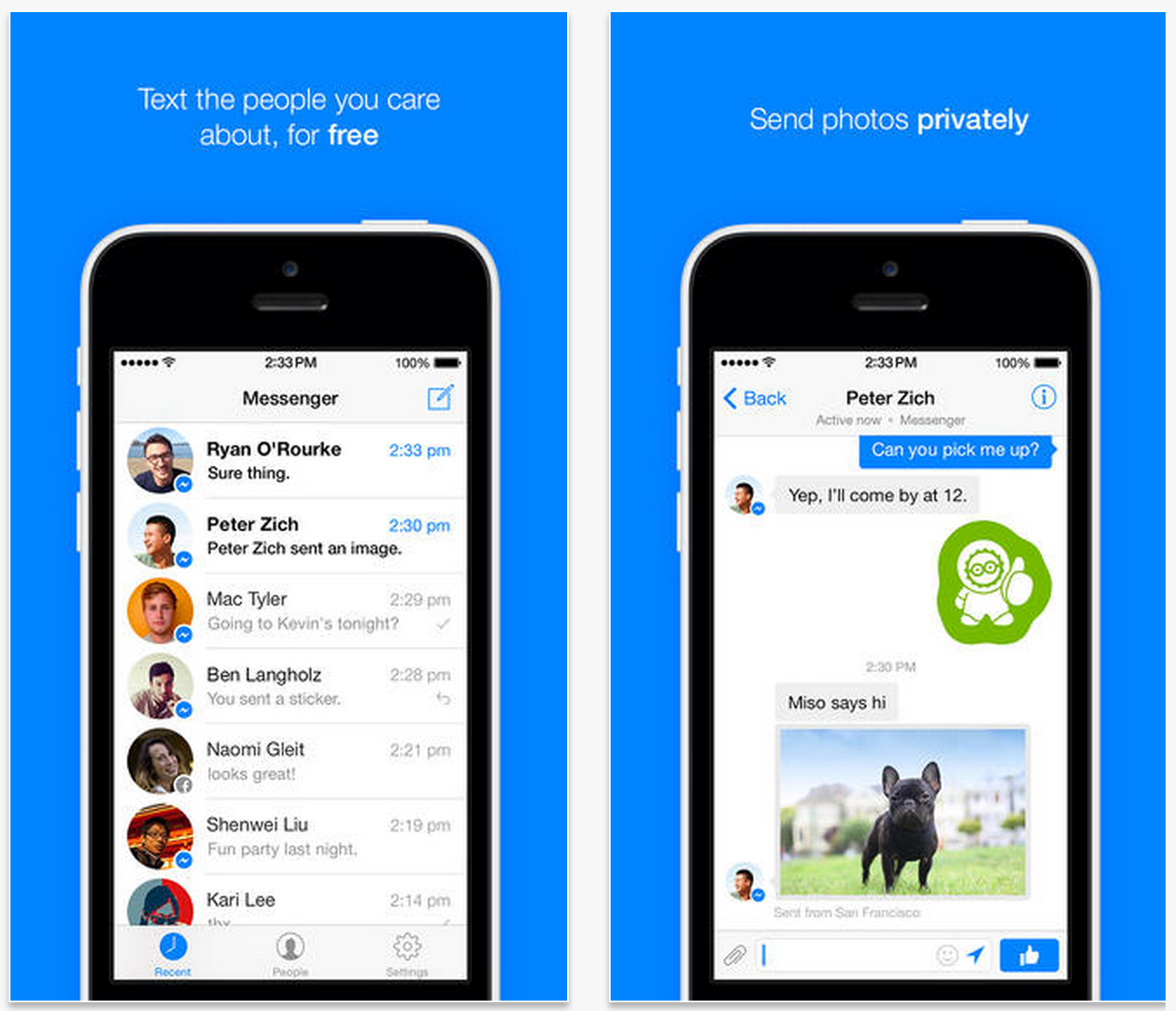 The social networking giant, Facebook, has just updated its slick Messenger client for the iPhone and iPod touch with a pair of long overdue feature additions.

The first lets you forward a message to another person (even Apple’s own Messages app supports this) and the other finally makes it possible to create groups for the people you message most, with custom group photo and name.

The new Facebook Messenger 4.0 is now live in the App Store so update your copy to check out contact groups and message forwarding for yourself…

Groups: Now you can create groups for the people you message most. Name them, set group photos and keep them all in one place.

Forwarding: Want to send a message or photo to someone who isn’t in the conversation? Just tap to forward it.

Plus, continued improvements to make the app faster and more reliable.

The 35.5MB app supports the iPhone and iPod touch (no native iPad support for the time being) and requires iOS 6.0 or later.

The redesigned Messenger is really something: you should definitely give it a whirl if you haven’t already. Facebook has recently released another gorgeous application, Paper, which has instantly replaced their main iOS client on my Home screen.

Facebook’s only getting started: word on the street is that it’s aiming to produce produce a number of slick, standalone apps designed for mobile throughout 2014.