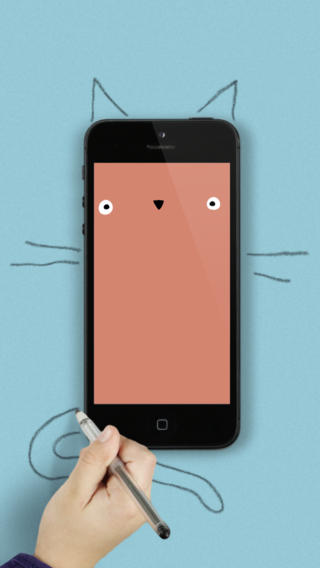 It’s Thursday, and this can only mean one thing: the awesome Darklings game goes back up to its regular price as Apple gets to bring another iOS application down to $0, as part of the App Store’s ongoing Free App of the Week promotion.

Today’s free app: Lucas Zanotto’s Drawnimal. If you have children or a very young brother/sister, Drawnimal is the perfect way to teach them the alphabet and at the same time get them excited about art.

Designed to help kids learn to think out of the box, the app ingeniously puts up a fun image of an animal on the screen, requiring your kid to follow the prompts and actually draw around the device that’s sitting on a piece of paper.

From the developer’s iTunes description:

Drawnimal motivates the children to draw around the device and encourages them to think outside of the box. The app helps them to leave the digital screen with a simple physical interaction. It shows the children how to draw the main features of animals. The funny animations motivate them to learn the alphabet.

Drawnimal contains over thirty different animated animals, each with its own set of interesting sounds, and features the whole alphabet (A to Z), along with narration.

The app includes English, Spanish, French, German and Italian alphabets and lets you switch between languages at any time, so your youngsters can even hear how animal names are pronounced in different languages.

Grab Drawnimal for free in the App Store.