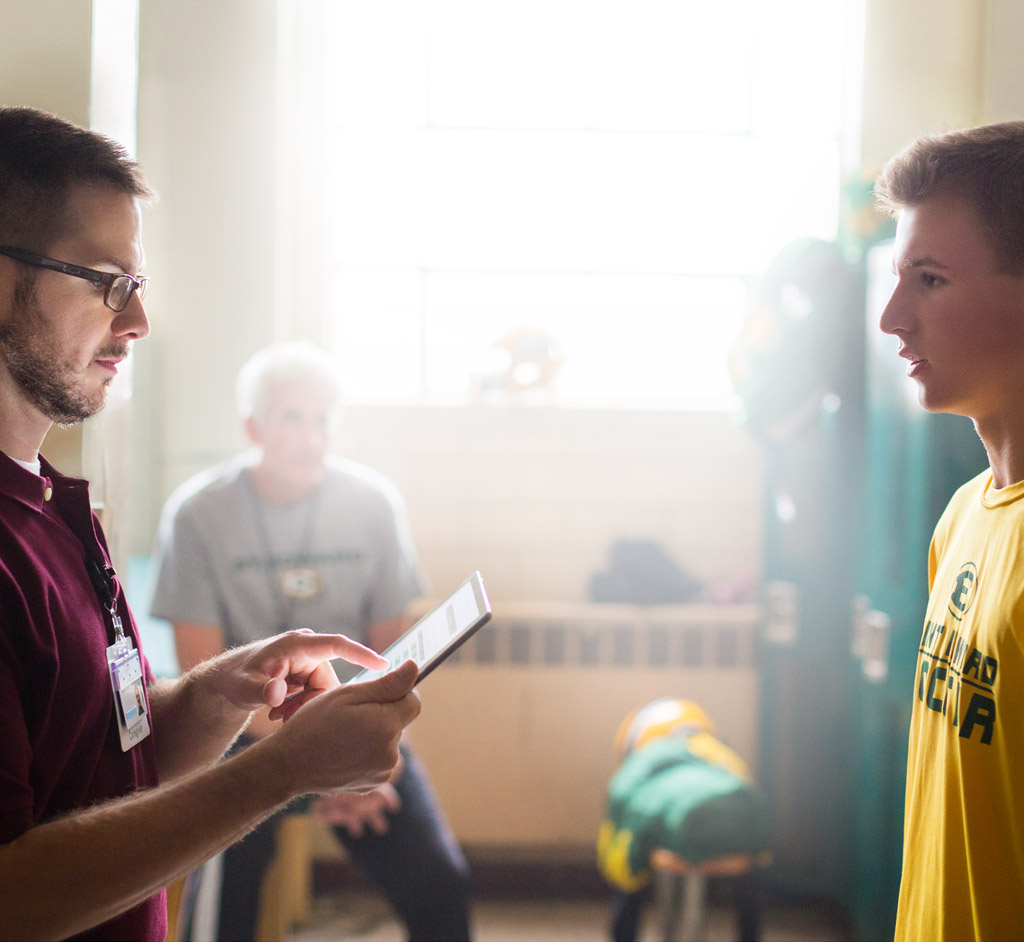 After highlighting last month the many ways mountaineers use iPad for their extraordinary climbs, Apple last night refreshed its ‘Your Verse’ microsite with a new feature outlining how the popular post-PC device is being used to help diagnose athletes’ concussions.

The section features athletic trainer Jason Cruickshank of Ohio’s St. Edward High School who uses C3 Logix’s concussion assessment iPad app to discover the symptoms moments after an event occurs and before they show up on the imaging test…

Even before the season is under way, Cruickshank gets a jump on managing potential injuries. It begins with using iPad and the app to take baseline measurements of athletes in normal states.

When a possible concussion occurs during a practice or game, he examines the athlete and then takes him to the locker room for a post-injury retest.

By comparing those results with the baseline, Cruickshank can easily spot a drop in performance that might indicate concussion.

The new feature is also being promoted on the main Apple.com homepage.

The software taps the iPad’s accelerometer and gyroscope sensors to measure a variety of cognitive player information, including postural stability, while tracking athlete’s movement information. Taking it all in helps diagnose the symptoms on time while taking the subjectivity out of the process.

“We needed an accelerometer, a gyroscope, and a great display to be able to objectively test balance, vision, and reaction time,” Cruickshank said. “iPad gave us all of that in a single device.”

The new ‘Your Verse’ section features a pair of videos highlighting the app.

These clips are not typically made available for viewing through Apple’s YouTube channel so you’ll have to stream them directly from Apple’s microsite.

And here’s how researchers at Cleveland Clinic are using C3 Logix’s iPad app to test athletes for concussion by having players perform a series of balance, memory, vision and reaction time experiments to obtain a baseline reading.

In addition to this newly added section, other featured sections highlight how mountaineers are using Apple’s tablet for their climbs, with other examples including a feature titled ‘Taking Explorations to the New Depths’.

The ongoing ‘Your Verse’ web campaign is actually an extension of the original ‘Life on iPad’ microsite which was published last year.