The unexpected development marks the official branching out of iTunes Radio, which debuted last September as a music-only streaming service available on Mac and PC desktops as well as on the iPhone, iPod touch and iPad devices.

When NPR’s new channel goes live later today in iTunes Radio, Apple users will be able to tune in to a free stream offering 24/7 mixes of live news with segments from pre-recorded shows such as ‘All Things Considered’ and ‘The Diane Rehm Show.’

But the good news doesn’t stop here. Read on for the full reveal.

Peter Kafka, reporting for Re/code, has learned from NPR officials that more content will be on the way, with some of NPR’s local stations slated to offer their own channels on Apple’s service, with a similar mix of live and taped news.

And since NPR’s executives have previously talked about plans for a mobile app that would generate on-demand programming that would change based on a users’ listening preferences and location, it’s possible a version of that service could migrate to iTunes Radio down the line.

More than 30 million listeners tune in to NPR via its free web service and mobile apps. According to a recent survey from Edison Research, iTunes Radio is the third most popular streaming music service in the United States, behind Spotify and Pandora. 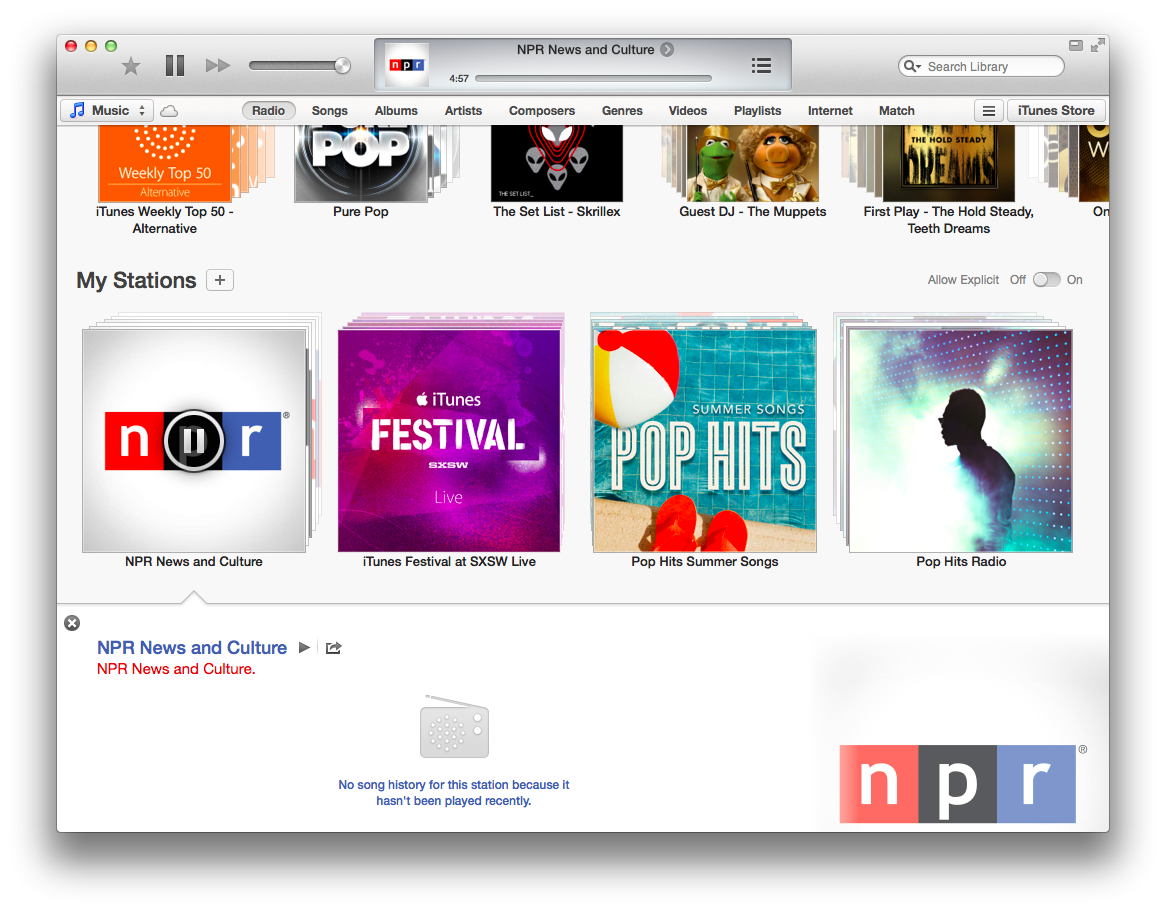 iTunes Radio launched last month in Australia, making it the first non-U.S. country to gain access to the service since its introduction last Fall. Apple is said to roll out iTunes Radio in early-2014 to additional countries, including the United Kingdom, Canada, Australia and New Zealand.

With NPR’s landmark deal putting NPR as the first news service on iTunes Radio, other talk radios could follow suit. The move also helps distinguish Apple’s free radio offering from the likes of Spotify, Pandora, Rdio and others which only serve music content, not spoken news reports.

The iPhone maker is reportedly testing iTunes Radio as a standalone app in iOS 8 as one way of increasing user engagement and consequentially helping boost ad sales on the service.

Will you be checking out NPR on iTunes Music?

Do you listen to talk radio at all?