A new report from Edison Research says that iTunes Radio has become the third most popular streaming music service in the US. The marketing research firm says that Apple’s Radio service, which is less than 6 months old, just surpassed Spotify to take the #3 spot.

According to the data iTunes Radio now sits behind Pandora, who has 31% of the US streaming music market, and iHeartRadio, which has 9%. Then it comes in at 8%, Spotify at 6% and both Google Play All Access and Rhapsody come in at 3% and 2% respectively… 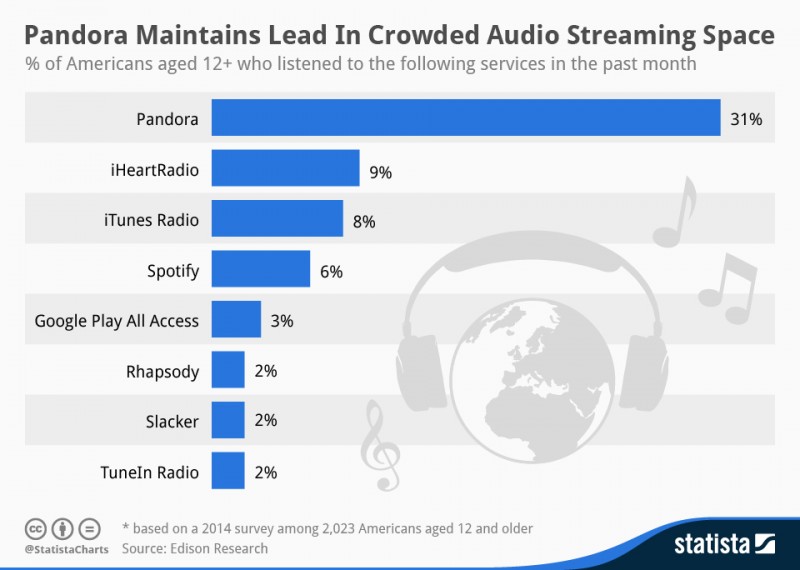 As noted at the bottom of the infographic, the report is based on a 2014 survey of over 2,000 Americans. While this represents just a small fraction of users, the participants were ages 12+ who had listened to one of the services in the past month, so it was a strong sample.