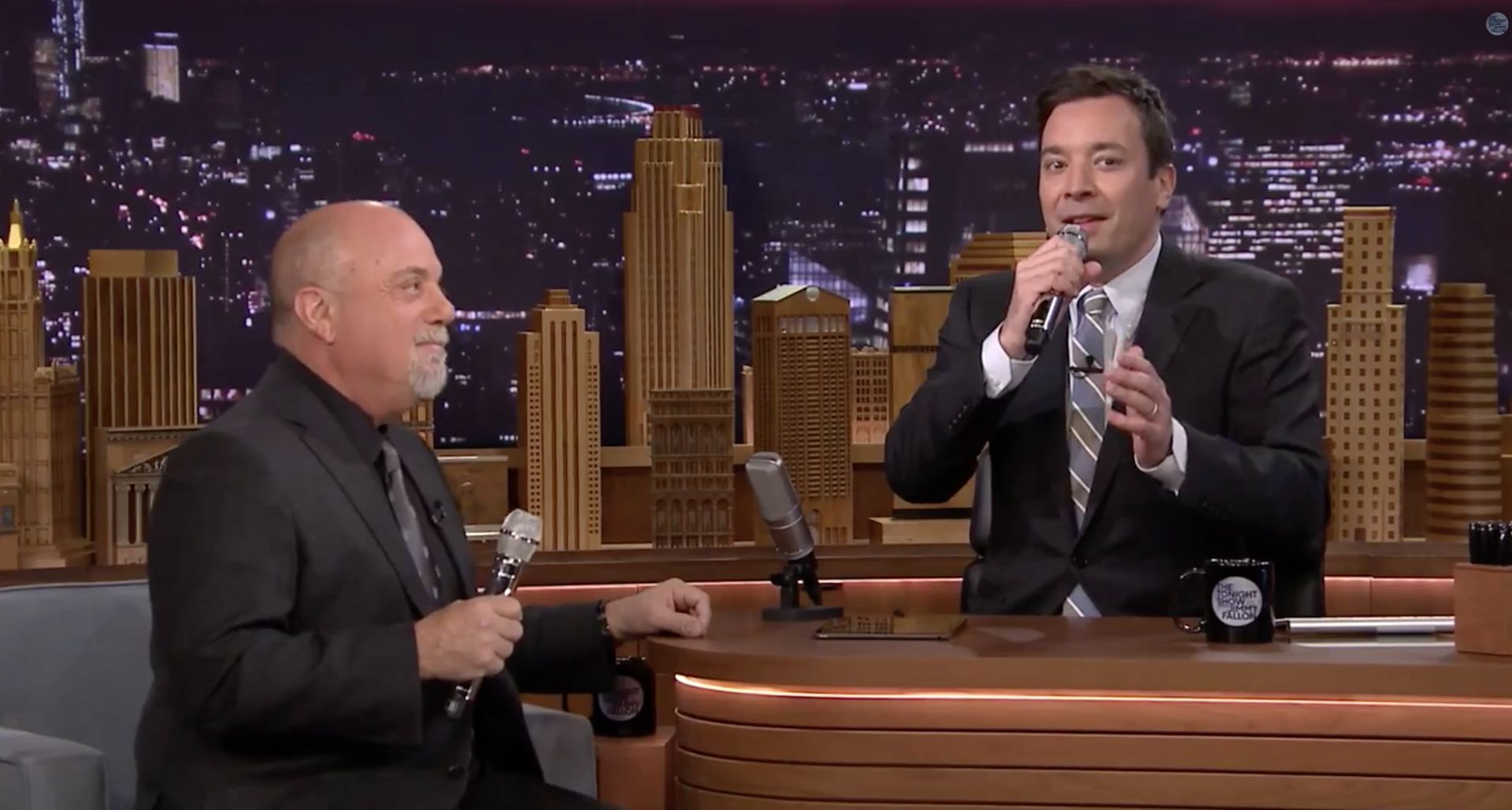 Jimmy Fallon, the host of NBC’s Tonight Show Starring Jimmy Fallon, gave Apple’s iPad and a beatboxing thirdy-party app called Loopy HD a cool exposure during last night’s show. Loopy HD costs eight bucks in the App Store and with it anyone can create music by layering looped recordings of singing, beatboxing or playing an instrument.

Loopy HD is rather sophisticated: it can receive live audio directly from other Audiobus-compatible apps like Apple’s free GarageBand and more.

Jimmy and Billy Joel have used the app on air to loop their voices and form a two-man doo-wop group singing ‘The Lion Sleeps Tonight’ by The Tokens in four-part harmony.

The video is a nice reminder that one can create quite remarkable music on the iPad. Even Apple’s boss Tim Cook enthused over their “magical” performance…

That’s exactly something Jimmy Fallon would do.

Kudos to The Loop for featuring the clip.

The performance has earned the ad hoc duo a nice little shout out by Apple’s boss Tim Cook who just tweeted out the link to the aforementioned article (now we know he’s a fan of Jim Dalrymple’s work, too).

Check this out. @jimmyfallon and @billyjoel with iPad and a cool app called Loopy HD. Magical. http://t.co/dWlZr6Lsm6

While other music creation apps tend to be either powerful but difficult to learn, or easy to use but limited in features, Loopy doesn’t compromise. Loopy offers a sleek, expressive, instantly understandable interface that beginners can start using effectively straight away. It’s fun, right from the start.

More advanced users, however, will not be disappointed by Loopy’s rich feature set, with extra features many other loopers just don’t have. Plus, a sophisticated interactive tutorial system lets users discover Loopy’s more advanced features at their own pace.

If you’re a fan of Jimmy Fallon’s show, you may have spotted him scrambling to hide his MacBook during a recent interview with Bill Gates, as seen in the video embedded below (mark 1:38).

The word on the street is that NBC has decided against giving Apple free advertising since moving from Late Night to The Tonight Show (following Jay Leno’s retirement), prompting the show producers to hide the Apple logo on Fallon’s MacBook.

I wonder whether NBC’s sister channel, MSNBC, had anything to do with the move.

You may also want to check out Siri making a cameo appearance on last month’s show.