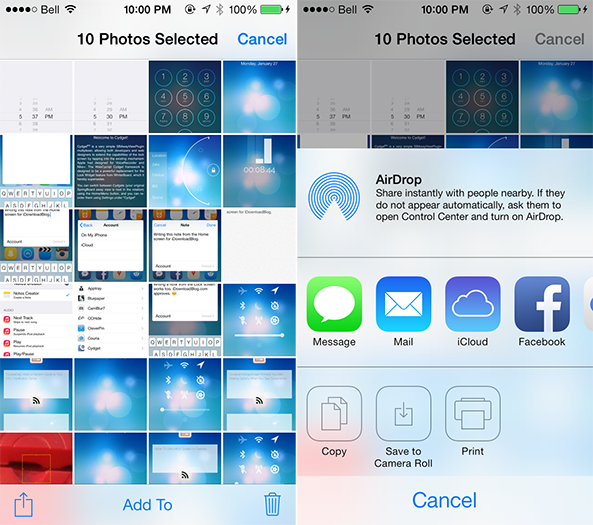 One of the biggest inconveniences that comes from using the stock Mail app on iPhone and iPad is the inability to attach more than five photos per email. But the areas where iOS has shortcomings is where the jailbreaking community proves its value; in this case, developer Pramod Mohandas has released MailUnlimitedPhotos, a new jailbreak tweak that removes the five photo restriction from Mail. We’ve got a closer look at the tweak ahead…

After installing MailUnlimitedPhotos, the mail icon no longer disappears from the iOS share sheet when more than five photos are selected in the Photos app. As such, iPhone and iPad users can select and attach as many photos from their Camera Roll or albums to an email as desired. If you are a photographer or someone who just likes to share lots of photos, the benefits of this tweak are obvious.

The simple tweak works as advertised and does not appear to be resource intensive. It has run smoothly on my iPhone 5 running iOS 7.0.5 and doesn’t drain battery life significantly. MailUnlimitedPhotos is a free download on Cydia from the BigBoss repository. There are no additional options to configure. The tweak must be uninstalled if you wish to disable it.

Mohandas is not the first person to develop a tweak that bypasses the photo sharing limit on iOS devices, but he could be the first to offer one for free. Mail More Photos is a similar package available on Cydia for iOS 4 through iOS 7, but it carries a 99 cents price tag. AnyAttach is another jailbreak tweak worth considering, one that allows you to attach any file type to an email using the Mail app.