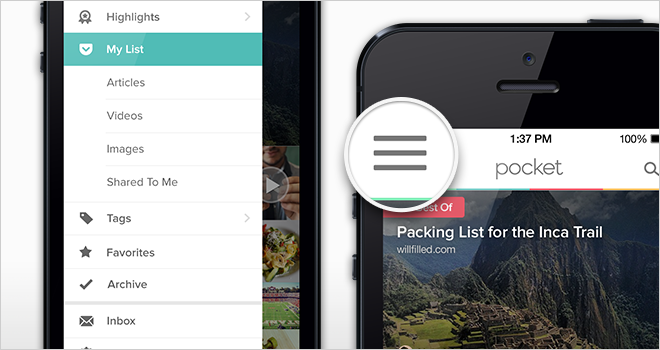 One of my favorite apps Pocket, the read-it-later service that lets you bookmark articles and videos from across the Web to read or watch later, went global today. Where it once only supported English, it now supports 6 additional languages.

The update is rolling out today to Android, iOS and web apps, adding support for French, German, Italian, Japanese, Russian, and Spanish. The company says that more languages, as well as support for international apps, will be added soon…

Pocket has been named one of the best apps for iPhone and iPad by the App Store. Over 10 million people use Pocket to easily save articles, videos and more for later. With Pocket, all of your content goes to one place, so you can view it anytime, on any device. You don’t even need an Internet connection.

WHAT CAN I SAVE?
Save articles, videos, recipes, and webpages you find online or from your favorite apps.

Pocket tells The Next Web that more than 40% of its users already speak a language other than English natively, so this update should bode well with them, as well as offer access to the app for users who don’t feel comfortable reading English.

Last month, Pocket updated its iOS app to support Google account logins and offline sharing to Evernote. If you’re interested, you can find the app in the App Store for free. It supports both the iPhone and iPad, and the service itself is also free.