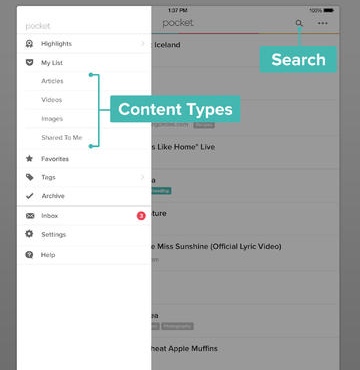 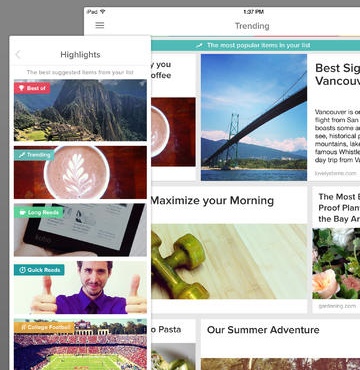 The popular read-later service Pocket (formerly Read It Later) has been bumped to version 5.1. The new build adds a pair of useful features and squashes a few bugs (and likely introduces new ones). Now available free in the App Store, the new Pocket 5.1 lets you use your Google account to sign up and log in to Pocket.

This tremendously useful feature allows new users to start using the app without too much hassle.

Previously, you had to create an account with Pocket before you could use their service. I wish all apps supported standard logins via Facebook, Google, Microsoft and Yahoo. There’s nothing worse than being prompted to create a brand new account with a service – that’s yet another username and passwords to worry about.

Signing up with Google yanks you out of Pocket and into the free Google+ app, provided you have it installed on your device. There, a dialogue will pop up prompting you to choose a desired Google Account.

Once you give Pocket permission to access your email address and basic information about your Google Account, you’ll be automatically taken back to the Pocket app. 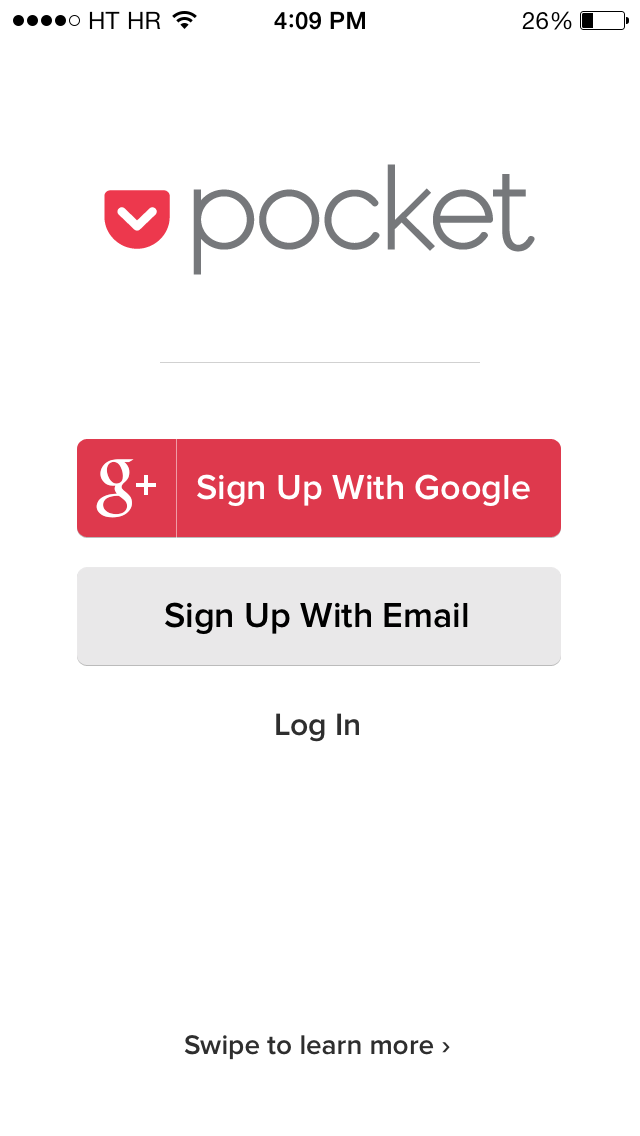 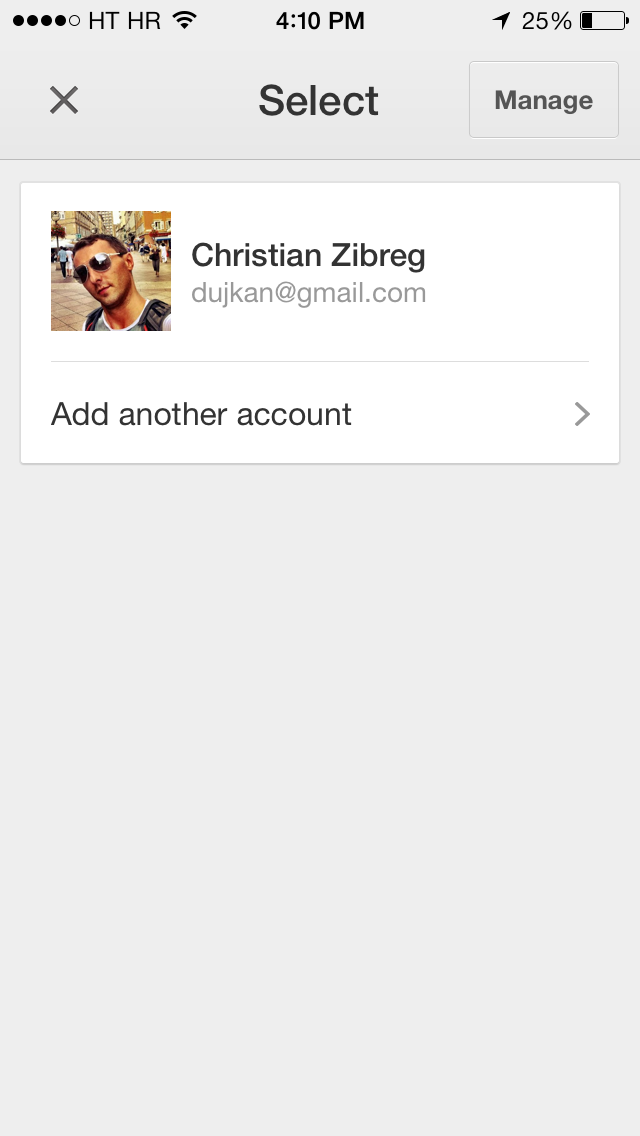 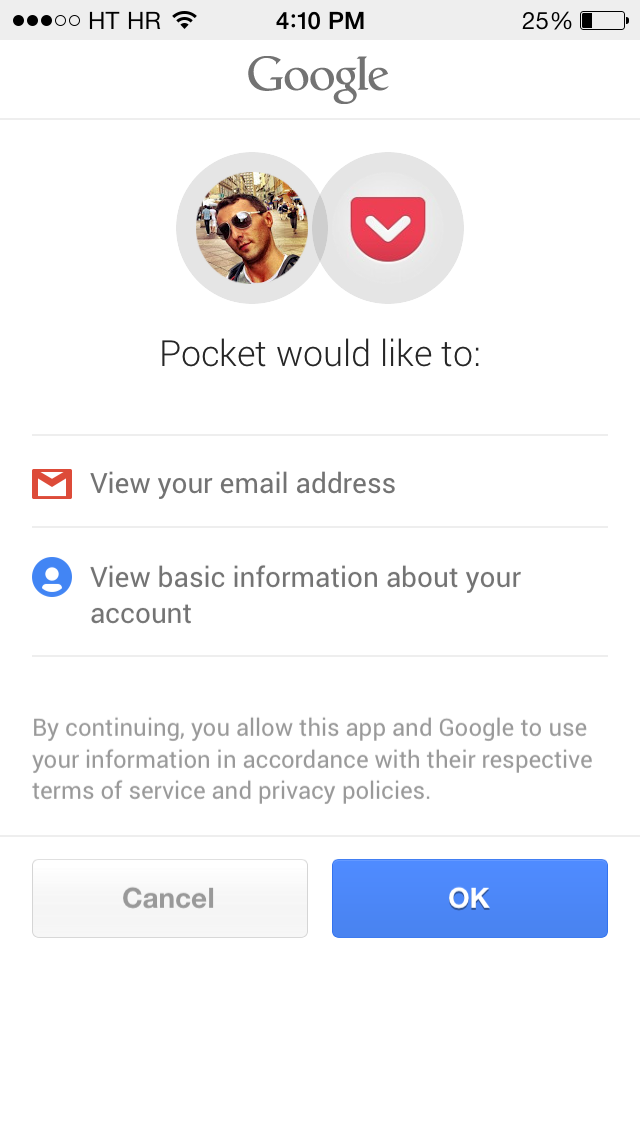 You can always remove Google Account by accessing Settings in Pocket’s sidebar menu and choosing Unlink Google. This will prevent Pocket from accessing your basic Google Account information, meaning  you’ll be required to switch back to logging into the app with your email and password. 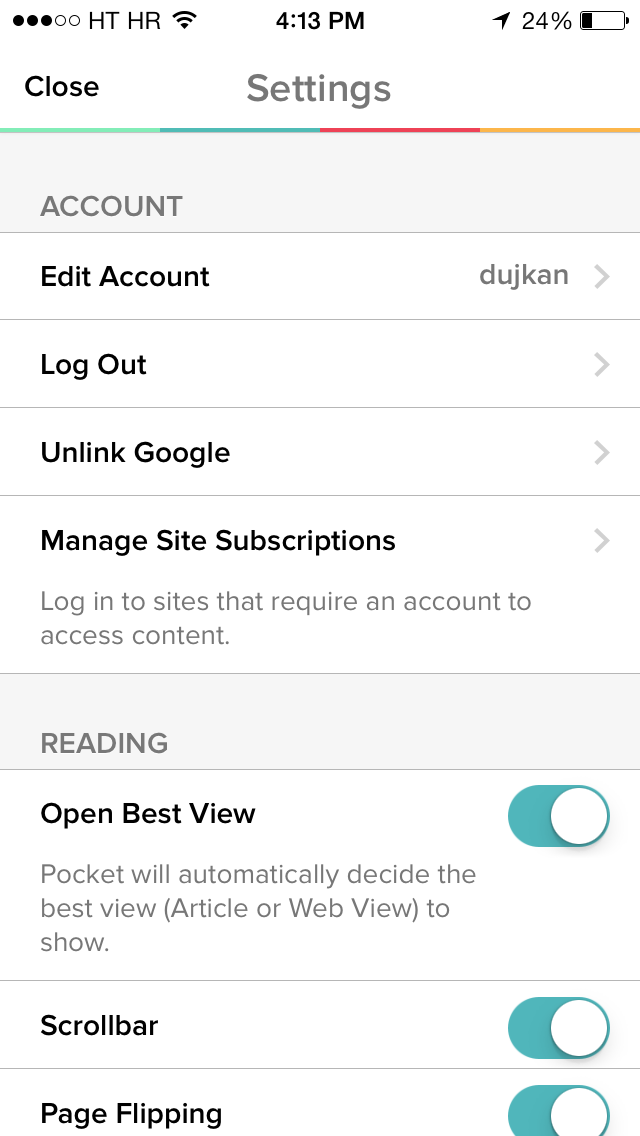 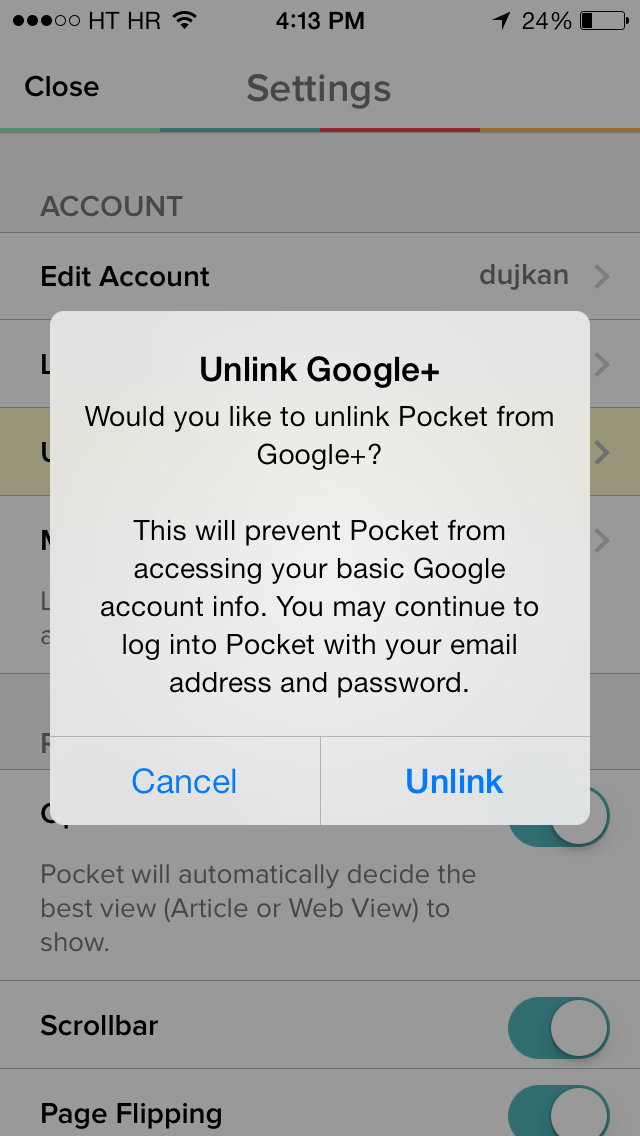 Other changes in Pocket 5.1 include the ability to share to Evernote while offline – your shares will be queued and sent successfully the next time you’re online – and other bug fixes and improvements”.

I used to be a longtime Instapaper user, but switched to Pocket about a year ago and never looked back. I just couldn’t bear Instapaper’s slow update schedule anymore and Pocket won me over with its clean design and more advanced features.

However, I haven’t been using Pocket much lately.

Nowadays, I consume stuff as it comes because I just don’t have enough time to read what I saved for later. Besides, when I do stumble upon an article that needs to be checked out later, I would typically save it to Safari’s Reading List.

The universal binary requires iOS 6.0 or later and comes in at 23.8MB.