As expected, Apple has launched an 8GB version of its iPhone 5c this morning. The handset popped up on UK carrier O2’s website a few moments ago, priced at £50 on contract. That’s a little over $80 in USD, and between £50 and £100 cheaper than the 16GB model.

Apart from the smaller storage bin, the new iPhone 5c is identical in every way to the handset that Apple introduced back in October. It still has a 4-inch Retina display, the powerful A6 processor, and an 8-megapixel camera. And yes, it’s still unapologetically plastic…

The 8GB 5c is currently showing up on O2’s website and several European Apple web stores. In the UK, the device is priced at £429 unlocked, making it £40 cheaper than the 16 GB. . It appears the 8GB iPhone 5c is only available in Australia, China, France, Germany, and the UK. 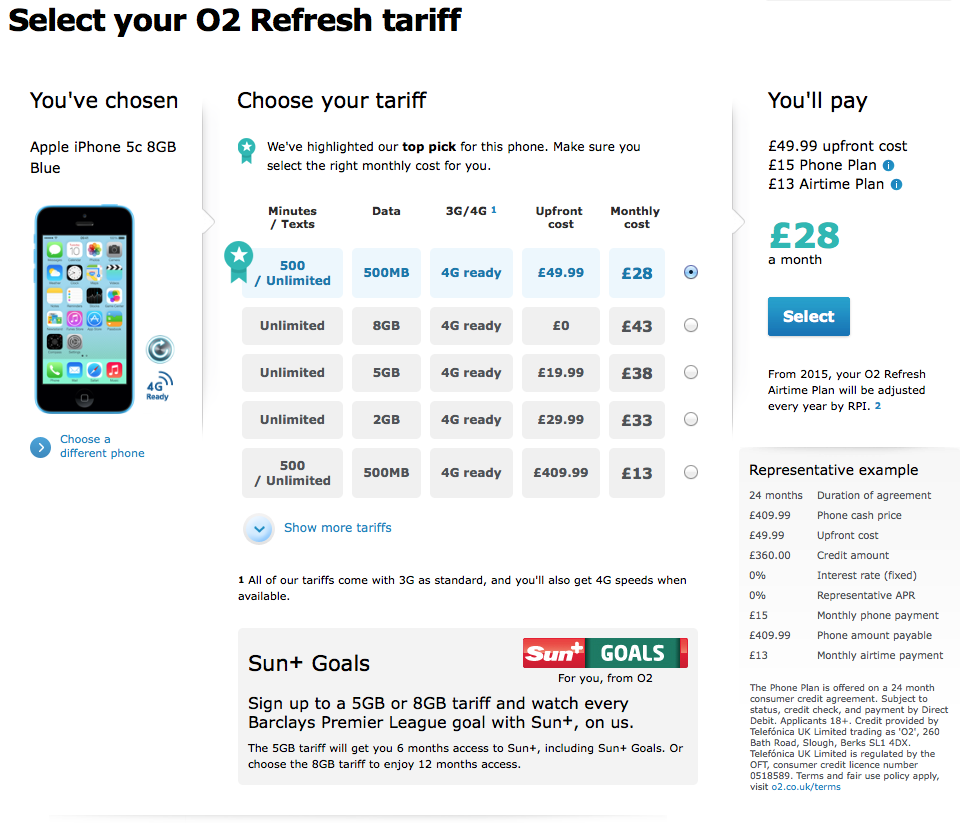 Today’s launch rounds out an interesting couple of weeks for Apple’s tier-2 handset. The company has been running an aggressive advertising campaign for the 5c since mid-March, placing animated ads on several high-profile websites and on the back covers of magazines.

Many have suggested that the marketing push is evidence that the 5c is not selling as well as Apple had hoped, and introducing this new 8GB model won’t likely help curb that conversation. But since Apple doesn’t break down its iPhone sales mix, this all remains speculation.

It was originally believed that the new 8GB 5c would replace the iPhone 4s, but at the time of this writing, the 4s was still available on Apple’s website and at various carriers. Stay tuned, we’ll keep you updated.