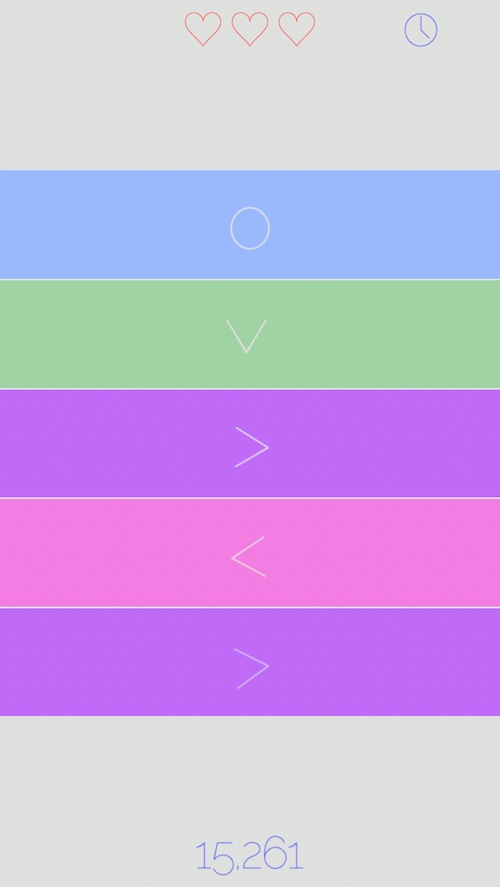 When touch screen devices first hit the market, the world was abuzz with this new-fangled technology. Tap, swipe, pinch. It was all so new and exciting. Now, it is so common that you don’t even think about how much easier it is to tap a screen than it is to push buttons.

teggle brings back that excitement with a simple game that requires you to tap and swipe your way to an epic point score. The app recently received an update so you can now play against others through online multiplayer and try a completely different game with the new “Squared” mode…

Like many minimalist puzzle games these days, the app features flat, white shapes with a subtle color scheme. This is more of a casual tapping game than a puzzle game, though. The app includes 18 different color schemes, so your palate can be as various as your daily outfits.

The screen features a series of banners. Depending on the theme you pick, the banners may have different colors. They all have different symbols. Each banner will have one symbol that consists of an arrow, one circle, two circles, a clock, a heart, an X, or a 2X. The symbol represents the action that must be performed (or the bonus received) for that banner. In Squared mode, banners are squares on a grid instead.

The game starts with a few banners (or squares) on the screen and increase as the game progresses. For example, when you first start playing, there will only be two banners or four squares, but as you progress, banners will increase to six and squares will increase to 20.

When you earn bonus items, like more time on the clock, 2X points, or extra lives, they will appear as icons at the top of the screen. When the bonus ends, the icon will disappear. 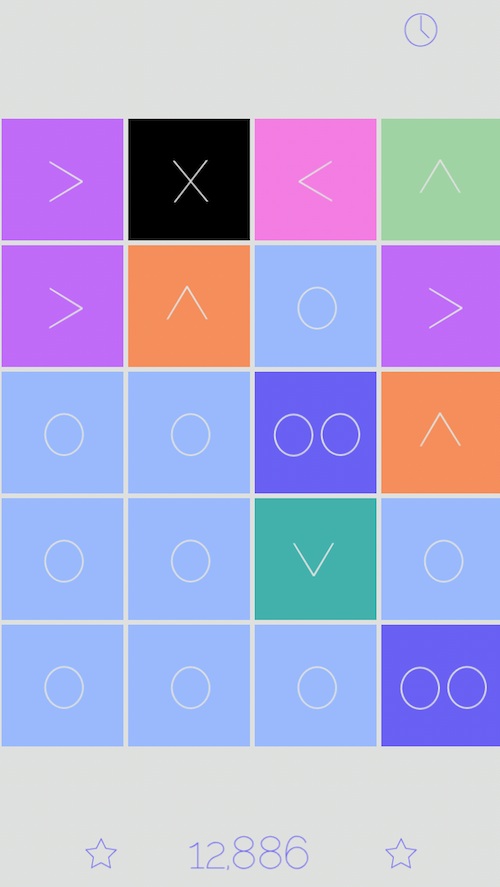 As noted above, the game consists of a series of banners or square with various symbols on them. Players tap or swipe the banner, depending on the symbol. If an arrow faces left, right, up, or down, the player must swipe the screen in that direction. If a square has one circle, tap it once. If it has two circles, tap it twice. You don’t have to double tap, though. You could tap it once and come back to tap it again at a later time.

There are power ups that increase your lives, time, and point score. The heart will give an extra life, which you lose when one of the banners doesn’t get tapped within a certain amount of time. The clock will give extra time for the game’s progress. The 2X gives two times the point multiplier for as long as the power up is in play.

There is also a big black X that you want to look out for. If you see a black X, don’t touch it. It will end your game immediately.

In the basic game, the up and down arrows will clear all banners above or below it, depending on the direction. For example, if an arrow facing upward is the last row of the six banners, it will clear all five above it. In Squared mode, left and right arrows will do the same thing.

You can also play the game in multiplayer mode locally or online. In multiplayer modes, player one and two share the screen and try to swipe as many of their designated colors as possible. The person who reaches 5,000 points first wins. I was unsuccessful at testing online multiplayer. I never found an online partner to play with.

I had trouble figuring out the rules of the game, but I think I have an idea. The game appears to be timed by banners or squares. If you don’t perform the symbol’s action before time runs out, you lose the game, or at least a life. Hearts give extra lives. The clock power up does not appear to increase how much time each symbol remains on the screen, but it does seem to let you transfer power ups for a certain period of time to a new game if you die.

Expert mode is available for players who can successfully reach 50,000 points, which I have not yet done. I don’t know what it is like. 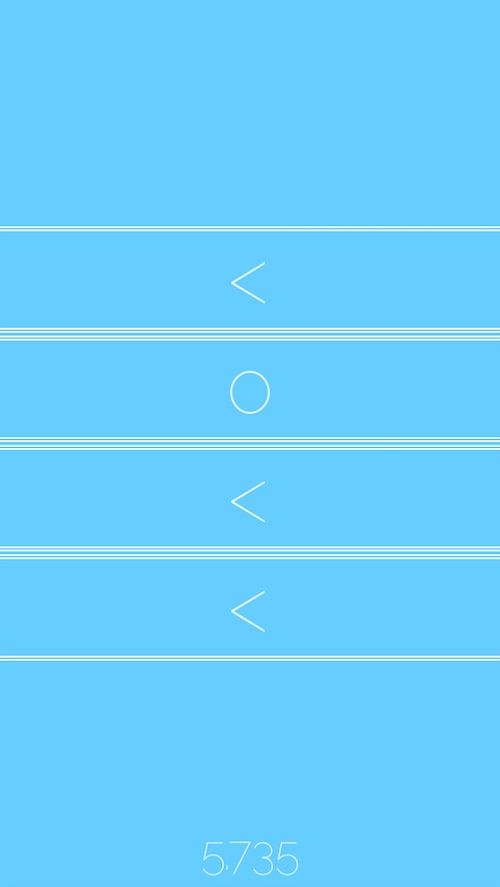 The game is very simple. All you have to do is swipe or tap. However, as the game progresses, the challenge gets more difficult, making it fun to come back to again and again.

I’d like a more comprehensive guide for the rules. For example, I never clearly understood what the clock power up does.

Local multiplayer seems like it would be a serious pain. Two people must swipe the screen at the same time. There is not a split screen or anything.

The audio is defaulted to “off,” which makes the game a little flat (in a bad way). Be sure to find the audio settings in the “more” section and turn on the sound.

teggle costs $0.99. There are no additional costs to unlock levels, get additional themes, or any of that in-app purchase nonsense. The game has a very high replay value since it is completely different each time you play and you can always score higher.

Fans of simple, minimalistic tapping games will find this to be fairly entertaining. It is easy-going, but engaging. You might think the simple game mechanics would feel repetitive after a while, but you’d be surprised at how much you will want to play more after your game ends. This game is available on the iPhone, iPad, and iPod touch. Download it in the App Store today.

Games like har.mo.ny, Stickets, and Mosaique serve to scratch the itch of minimalist puzzle game fans.

What do you think of teggle? Is it the right fit for you?