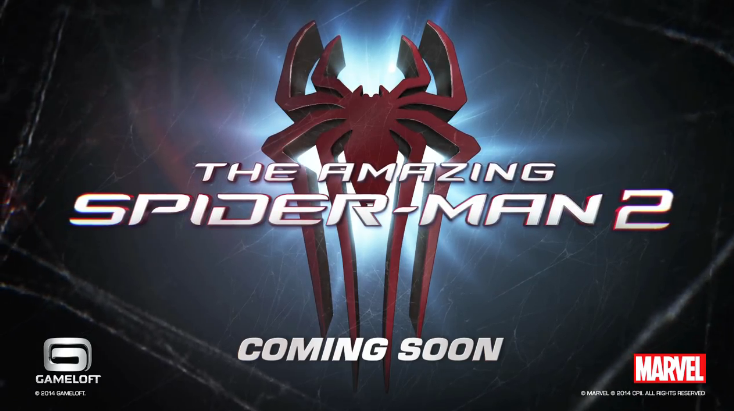 Marvel and Gameloft have announced this week that they are teaming up to bring The Amazing Spider-Man 2 to smartphones and tablets this spring as the official game for the film of the same name. Both are slated to land in mid-April.

For those that didn’t play the original Amazing Spider-Man, it was actually quite successful—it has a rating of 4.5 stars on the App Store. And version 2 appears to offer similar gameplay with better controls and graphics. Here’s the trailer…

And here’s a little bit more about the game from the press release:

“Players can expect to web-sling through a free-roam Manhattan that increases the city size and detail of the first game, making it the ultimate playground to show off Spider-Man’s impressive web-swinging, wall-climbing, web-shooting and fighting abilities. Spider-Man embarks on a nonstop, unpredictable action-adventure, as he rushes to save New York City from the chaos of a disastrous crime wave. Combined with an original story inspired by the film, the stage is set for Spidey’s greatest battle against film villains Electro and Green Goblin, as well as other iconic foes inspired by more than 50 years of comics.”

The Amazing Spider-Man 2 is scheduled to begin hitting theaters on April 16, so we expect the game to land somewhere around then. Marvel also has Captain America: The Winter Solider coming in April, and just announced a new X-Men title.