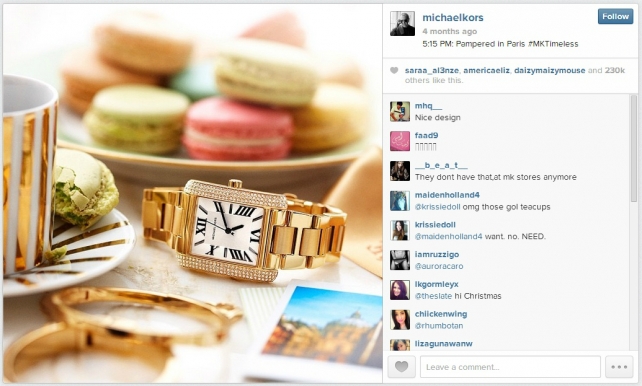 Facebook-owned Instagram is about to monetize its more than 150 million active users in a big way, by continuing to pester them with a growing number of really expensive photo and video ads. Not that fans of the photo and video-sharing service will necessarily approve of the move, but Instagram has now signed its first major deal, reports AdAge.

Come on, you knew this was coming: first ads began showing up on Instagram back in November 2013.

That being said, today’s announcement is on an entirely different level as the people of Instagram have managed to sign a lucrative deal with an ad agency worth a cool $100 million. According to people familiar with the matter, the team is now rolling out a paid advertising program with a year-long commitment from Omnicom to spend north of $100 million to advertise for its clients on Instagram…

Instagram’s director of market operations, Jim Squires, underscored that folks continue to see a limited number of “beautiful, high-quality photos and videos” from select brands who already have a strong presence on Instagram.

Instagram is working with a “very limited number of long-term partners,” with Publicis Group’s Starcom MediaVest Group reportedly in talks with Instagram as well.

Make no mistake, there’ll be no escaping ads in your Instagram stream.

An ad in a user’s stream will be controlled so that it stays present for an extended period of time — longer than a day, according to one executive – even if the user logs in or out.

The ads, which could come in the form of static images or videos, are meant to be consistent with the quality of the content on Instagram. So rather than pumping out loads of content and buying and serving ads programmatically, buys will be manual and selective.

If so, did you deem it a necessary evil or something that completely ruins your experience? As for myself, I love a memorable ad as much as the next guy, but truly detest advertising on the web.