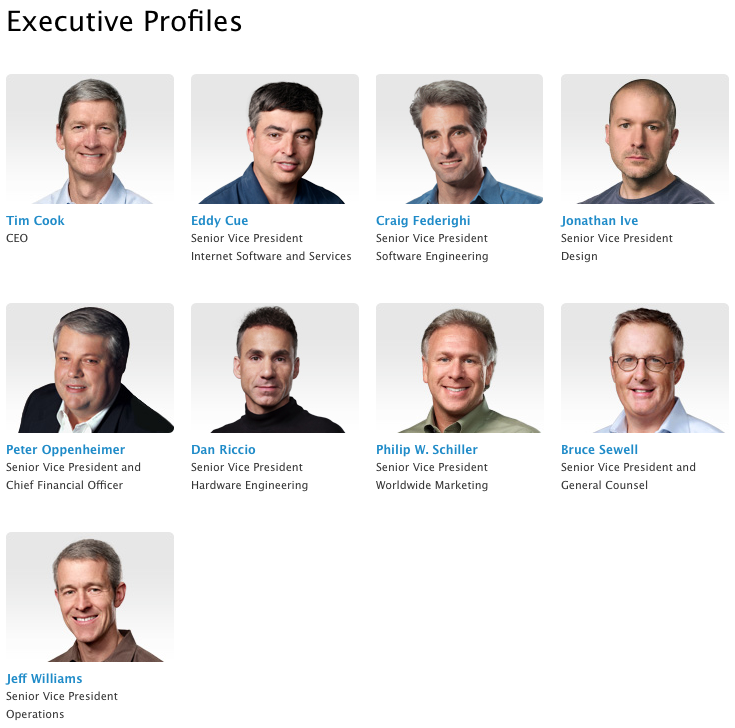 According to some recent SEC filings, Eddy Cue, Phil Schiller and other Apple executives have been awarded restricted stock bonuses that will vest over the next 3 years. The bonuses consist of more than 30,000 shares, worth in upwards of $19 million at today’s prices.

Restricted stock units, or RSUs, are typically given as an incentive to stay with a company. Additionally, since they convert into shares of stock upon vesting, they encourage execs to put their ‘best foot forward’ as their value directly correlates to the firm’s performance…

AppleInsider reports that the bonuses were part of the executives’ 2014 compensation package, and were awarded to Apple Senior Vice Presidents Eddy Cue, Craig Federighi, Dan Riccio,Phil Schiller, Bruce Sewell, and Jeffrey Williams. Here’s the timeline for the shares:

In total, each executive will receive 35,780 shares of Apple stock over the next 3-4 years. And with APPL closing at $532.36, that puts the total value of the bonus package just north of $19 million. Obviously that is subject to change, depending on whether AAPL goes up or down.

Obviously these guys deserve it. Apple is sitting on more than $160 billion in cash right now, and is coming off of its biggest quarter ever—breaking records in iPhone sales, iPad sales and revenue. And from the sounds of it, the company has some big things planned for 2014.

Notably, you don’t see Jony Ive’s name anywhere, despite the fact that he’s listed as an SVP. It’s likely that he also received the bonus, but was not mentioned in the SEC filing, perhaps due to the same glitch that caused him to be temporarily removed from the executive page.