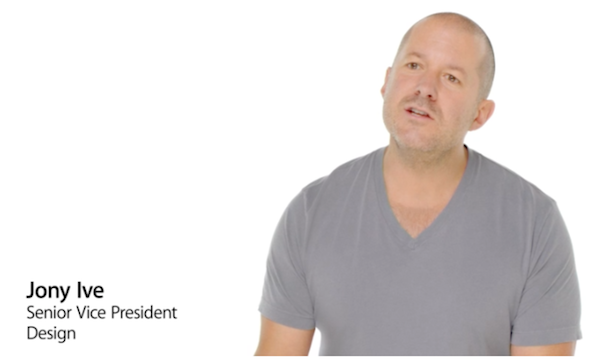 After being promoted to Apple’s Senior Vice President of all Design, London-born industrial designer Jony Ive’s prominence both internally and externally has raised tremendously as a result. Ive’s become arguably the most important Apple exec as he now gets to control and oversee key aspects of the company’s product development efforts.

According to Walter Isaacson’s bio book on Steve Jobs, the Apple co-founder ensured there was no one at the company to boss Jony around. Small wonder then that the blogosphere went into overdrive as Ive’s bio photo disappeared from Apple’s corporate Leadership web page earlier this morning, albeit only briefly.

The page wouldn’t show Ive among the high-ranked Apple executives, such as CEO Tim Cook and SVP of Worldwide Marketing, Phil Schiller. Making matter even more peculiar, the URL never stopped working and would continue to take visitors to Ive’s bio page.

Shortly after Ive’s photo was back up again, an Apple spokesperson said in a written statement that the brief removal was the work of a technical glitch and cautioned bloggers not to read too much into it…

Re/code has this statement from Apple’s PR department:

Well, for a few minutes, at least. Apparently, it was a “technical glitch” when the page was being updated. Said a spokesperson: “It’s up now, no big deal.”

It would have been no big deal had this affected any other guy but Ive. As watchers could tell you, any disappearance from Apple’s Leadership page is usually a tell-tale sign that an exec retired, was forced out or has fallen out of favour with the company.

Similarly, Apple did remove a photo of its executive Bob Mansfield ahead of a change in his job at the company. 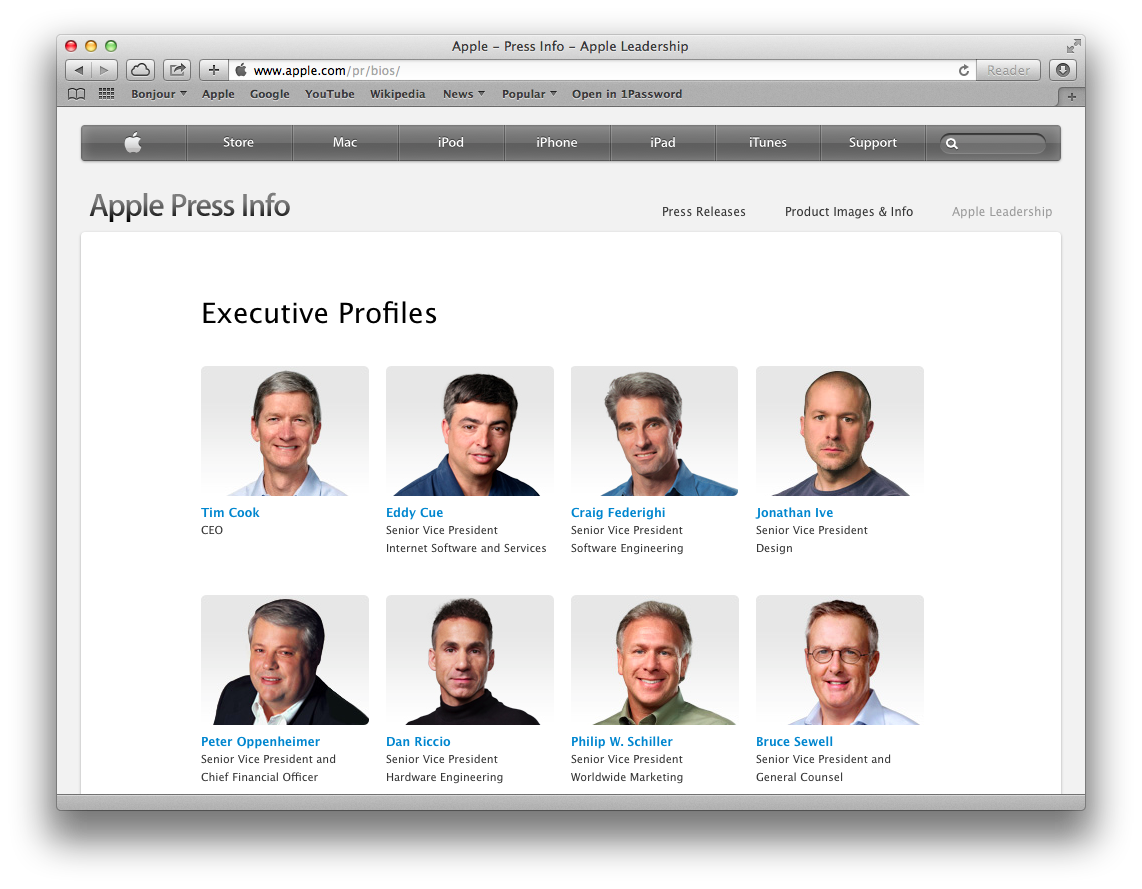 Ive, the only exec not smiling on Apple’s Leadership page.

There was this rumour following Jobs’s death (later debunked) that Ive had been homesick and was looking to retire so he could move with his family back to London.

Also, uninformed outlets made much fuss about a recent SEC filing showing fat stock bonuses for most of Apple’s high-ranked executives, wit the notable exception of Jony Ive.

Does that mean Apple isn’t interested in incentivizing Ive to stay with them?

As reported by The New York Times, Apple actually isn’t required to file any SEC papers for Ive because his position at the company “does not trigger S.E.C. rules requiring public disclosure of stock awards”.

Here’s Ive presenting the then new Unibody process of making the MacBook notebooks at Apple’s event in 2008.

Ive, 46, was instrumental in Apple’s resurgence following Steve Jobs’ return from exile in the late 1990s. Apple’s design team under his leadership was responsible for smash Apple hits like the iPod, iPhone, iPad, iMac and lots more.

And now that Apple’s former iOS boss, the abrasive Scott Forstall, is no longer with the company, Ive has been promoted to provide leadership and direction for Human Interface software teams across the company.