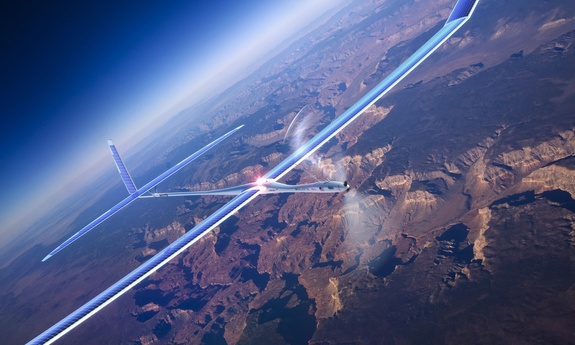 With nearly 1.3 billion people using its service, Facebook is the undisputed leader in social networking. But if the service is to expand to the next billion users, and the next billion ones after that, Facebook is going to face a significant hurdle: for two out of every three people, a fast and affordable Internet connection is still a pipe dream.

There’s no denying that the majority of the world simply isn’t online, and when I say ‘majority’ I’m referring to the circa five billion people who are lacking fast connectivity.

But does it have to be this way?

With more than seven billion people living on planet Earth, technology titans are investing resources in crazy technologies that would bring Internet to the masses. TechCrunch is now reporting that Facebook is considering buying Titan Aerospace, a company that makes solar-powered unmanned aircraft.

The goal: use the drones to bring the Internet – and consequentially the Facebook service – to far-flung places on Earth…

Titan Aerospace designs atmospheric drones powered by the sun and capable of remaining in the air for up to an astounding 5 years without needing to land or refuel.

From our understanding, Facebook is interested in using these high-flying drones to blanket parts of the world without Internet access, beginning with Africa. The company would start by building 11,000 of these unmanned aerial vehicles (UAVs), specifically the “Solara 60″ model.

The story notes that all of Titan Aerospace’s production would be for the Internet.org project only should the deal come through. 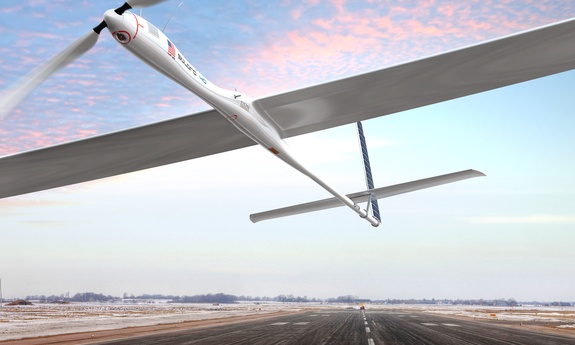 It should be noted that Facebook is one of the primary backers of the Internet.org initiative, which aims to bring online connectivity to the rest of the world. Other project backers include Samsung, Ericsson, MediaTek, Nokia, Opera and Qualcomm.

As the publication notes, Titan’s unmanned aerial vehicles operate above the airspace regulated by the FAA in the United States as “Class A airspace ends at 60,000 feet stateside, and above that the U.S. doesn’t regulate”.

Titan’s atmospheric satellites, though way cheaper than traditional satellites, are capable of performing satellite-like duties. Their Solara drones series has a wingspan of 50m, or 164 feet, and can carry a payload of 32kg, or 71 pounds.

The video below shows off the Solara 50 and 60 unmanned aircrafts, the world’s “first atmospheric satellites powered by the sun with a mission range of over four million kilometres.”

The Solara models can be launched at night using power from internal battery packs.

“When the sun rises, they can store enough energy to ascend to 20KM above sea level where they can remain for five years without needing to land or refuel,” explains TechCrunch. ArsTechnica has a nice backgrounder on the Solara vehicles for those interested in learning more about Titan’s technology. 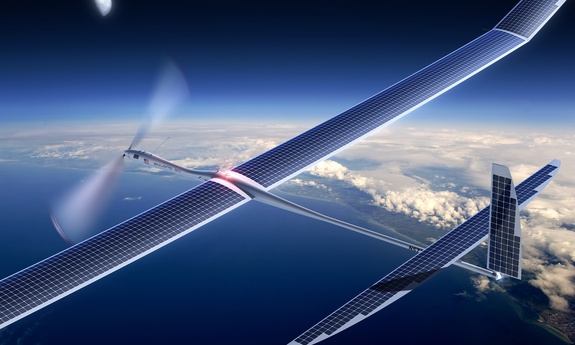 But what exactly could Facebook use these things for?

Secondly, drones could help bring Facebook’s newly acquired WhatsApp messaging service to millions of new users. Even more so, Facebook’s recent $120 million acquisition of the Israeli mobile startup Onavo could play a role in enabling photo sharing via WhatsApp and through Titan’s network of drones.

Matter of fact, TechCrunch has learned that the team is hard at work on data compression technologies that would “allow the same functions to require less transmitted data to complete.

And thirdly, Facebook could be looking to create a mapping service of its own.

As an added twist, using tens of thousands of Titan’s drones, Facebook could theoretically create a Google Maps clone with real-time aerial images – how cool (or creepy) would that be?

Other Silicon Valley giants are also experimenting with drone tech.

A great example: Google, a company that develops all sorts of crazy things. Among their craziest ideas: special balloons outfitted with a technology similar to cellphone towers.

Google is planning to let loose a string of these things up in the sky in a commendable effort to bring the Internet to rural and remote areas, help fill coverage gaps and bring people back online after disasters.

Let’s also not forget Amazon, which recently set its sights on a far less ambitious goal: it “only” plans to use drones to deliver packages at your doorstep.