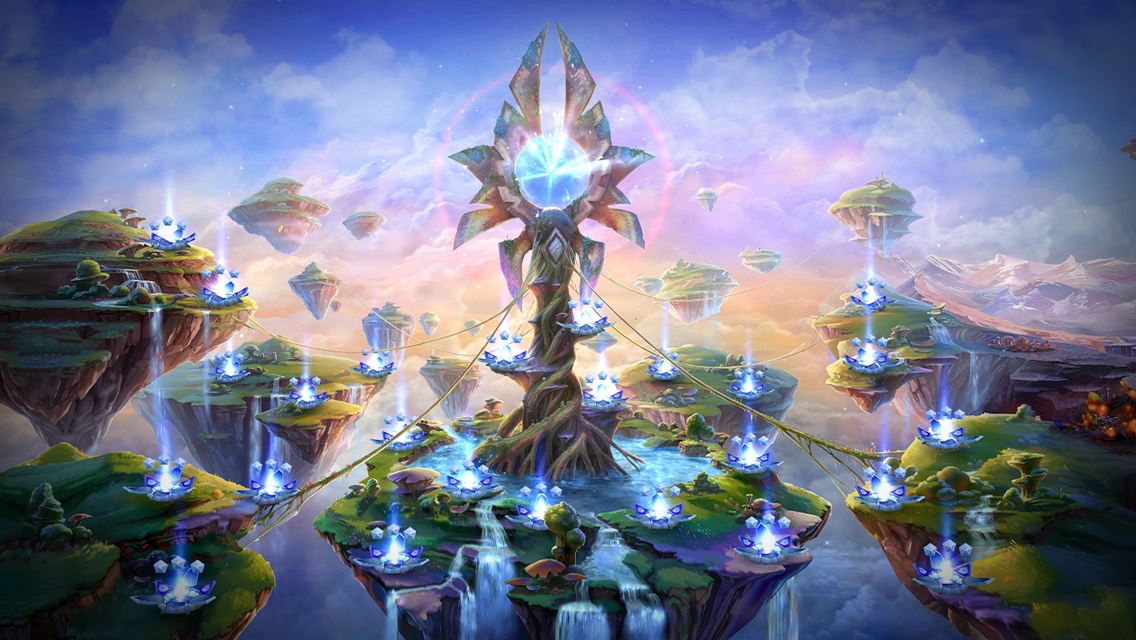 Playmous has unleashed a brand new iPhone and iPad game that every fan of physic-based puzzlers should download right away.

Now available in the App Store for your iPhone and iPad in exchange for $1.99, God of Light has you playing as Shiny, an extraterrestrial being that uses his unique ability to project light through the darkness. One just has to see this game in action in order to fully appreciate it.

In a nutshell, the player is tasked with directing rays of energy to reach Sources of Light to activate them and bring light back to Shiny’s world. It’s an insta-buy, if I ever saw one, here’s why…

Game mechanics couldn’t be simpler: the player starts with a dark screen and must tap on Shiny to wake him up. After Shiny produces a beam of light, you just swipe to control the beam to discover life crystals and other interesting objects.

The goal is to collect all of the hidden objects and deflect the beam from pre-arranged mirrors to reach the Source of Life. For an added twist, some mirrors can be rotated and other objects will split, paint, combine, bend and teleport rays of light.

You can also collect glowing creatures that help you solve puzzles as well as unlock and share your achievements with friends.

There are three different worlds (called Trees of Life) containing 25 levels each – that’s 75 levels in total, with more to come by way of future updates.

Aside from the addictive concept, the biggest selling point of God of Light has got to be its wonderfully detailed graphics based on shading and gorgeous light effects, especially when enjoyed in the full Retina resolution of the iPad Air. 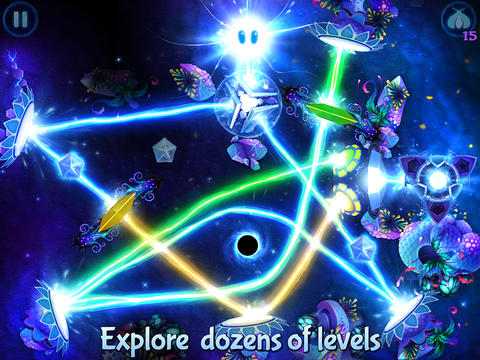 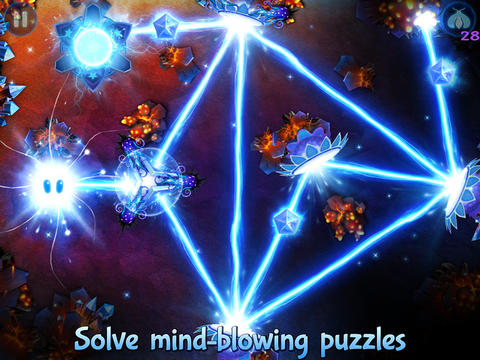 On the surface, the concept sounds too simpliifed.

On the other hand, the same argument could be leveled against Flappy Bird, Angry Birds, Feed Me Oil, Cut The Rope and a myriad of other more or less popular physics-based puzzlers carried by the App Store.

As an added bonus, God of Light features support for iCloud to keep your progress synchronized across all your devices. The game’s score is exclusively composed by Unkle, the famous British electronic music act founded by James Lavelle, and will be released shortly on iTunes as a downloadable single.

The universal binary requires iOS 6.0 or later and comes in at 64MB.