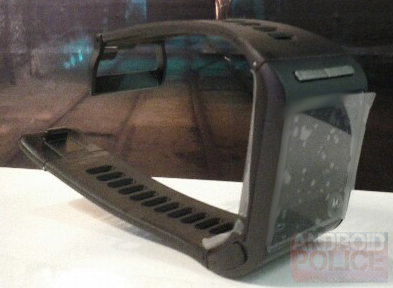 Both Apple and Google are believed to be working on wearable devices right now with plans to release them before the end of the year. And while we’ve seen zero physical evidence of Apple’s iWatch project, some photos of an alleged Google smartwatch prototype just surfaced.

Android Police has posted photos of what appears to be a Motorola-branded smartwatch in an early development stage. The site says the device would have debuted with the “Google Watch” moniker as part of the Nexus family, but believes Google chose to go a different route… 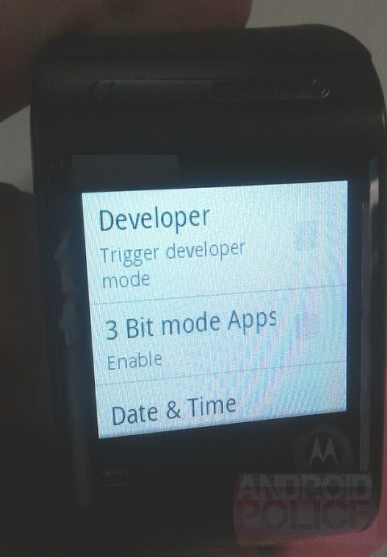 As you can see in the images above, the device features a square [color?] display, back button, and a Motorola logo on the face. It looks like your typical 3rd-party smartwatch with a rubberized strap and side button, and appears to be running some sort of test or diagnostic software.

Also note that there’s a rocker switch above the display that, if you squint hard enough, looks like it features two buttons: one with a microphone icon and one with a man running. It’s believed that these buttons were to activate fitness tracking and Google Now assistant features.

Given that Google has sold Motorola to Lenovo and is now believed to be working with LG on its smartwatch, this prototype—if legit—doesn’t tell us much about the future. It does, however, offer some insight as to where Google and Motorola were at in their designs as recent as late 2013.

The smartwatch space has really started to heat up in the past few months. In January Pebble showed off its second generation Pebble Steel and Samsung came to Mobile World Congress with 3 wearables for your wrist. Apple, for its part, is expected to launch its ‘iWatch’ in Q3/4 this year.

For more details and photos regarding the above prototype, check out the full report at Android Police.